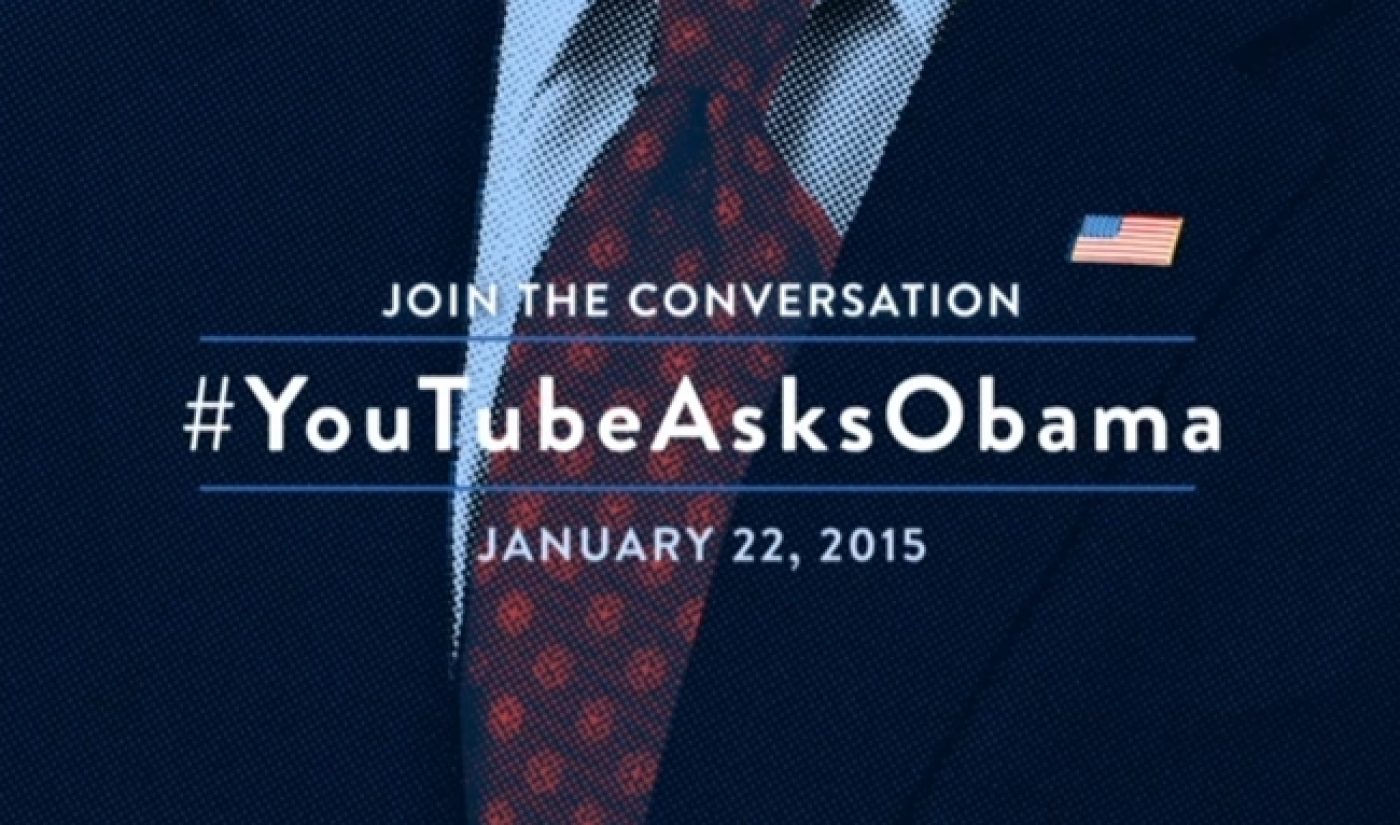 Interviewers have been chosen, questions have been submitted, and the State of the Union has been delivered. Now, there’s only one thing left to do: It’s time for YouTube to chat with the President.

Beginning at 5 PM EST on January 22nd, YouTube content creators Hank Green, GloZell Green (no relation), and Bethany Mota will interview President Barack Obama. These three people represent a diverse cross-section of the YouTube community. Green, who makes up one-half of the Vlogbrothers, is one of the industry’s leading voices thanks to his role as VidCon co-founder. Mota, who is most popular among teenagers, can speak for America’s youngest generation. GloZell, who YouTube calls the “most followed female African American creator on YouTube,” will bring a minority voice to the table.

The entire interview can be viewed here:

This event is an exciting one for online video viewers (and for Green, GloZell, and Mota as well), but it’s not the first time the President has schmoozed with the YouTube community. He previously invited prominent online video content creators to the White House, where they discussed the best ways to present the Affordable Care Act to young people.

The interview will go live on the White House’s YouTube channel, which has remained very active during the six years of the Obama presidency. For example, if you missed Obama’s most recent State of the Union, you can watch the yearly address in its entirely on YouTube.