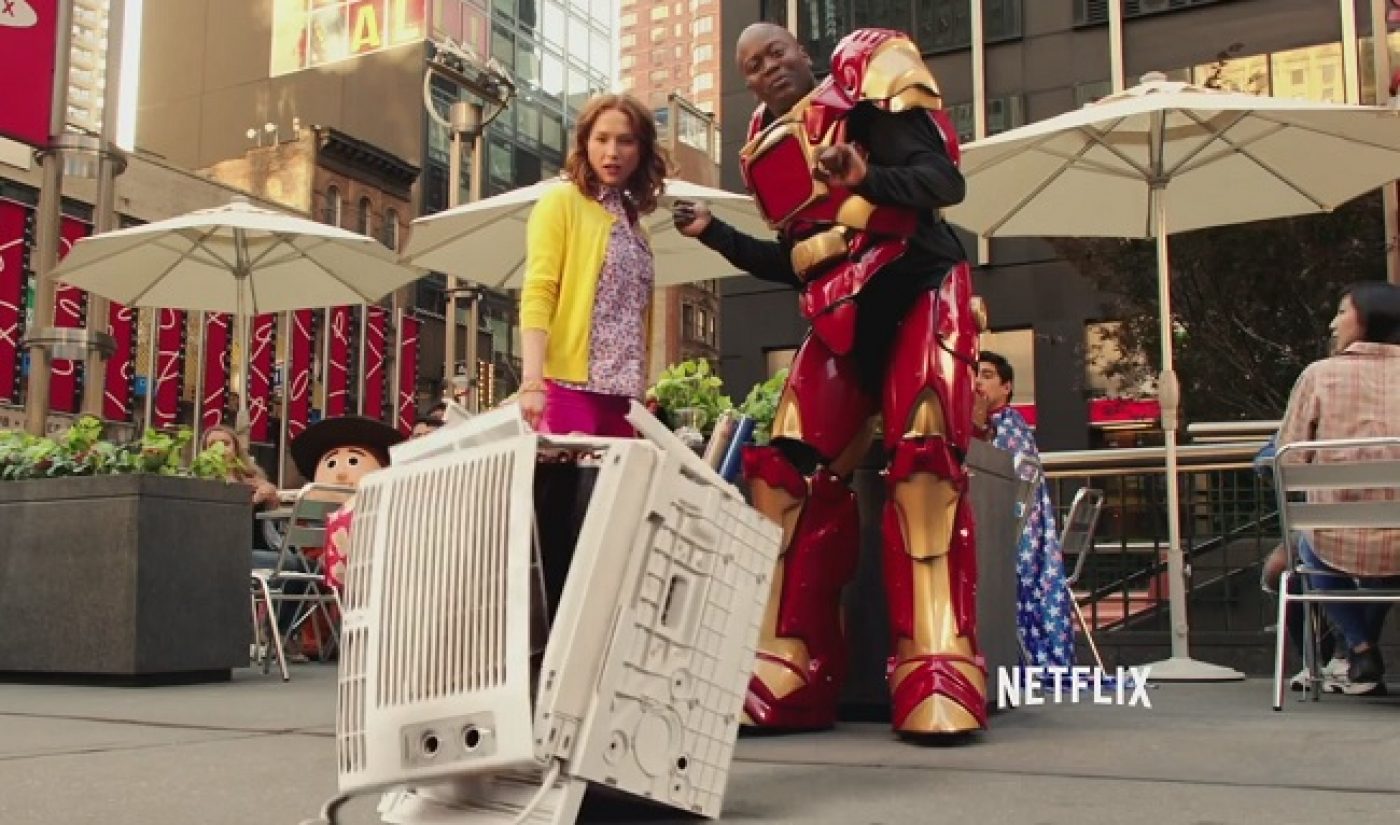 What do you get when an ex-cult member spends a decade and a half underground to escape the End of Days before being let loose in the modern day Big Apple? The premise for Netflix’s Unbreakable Kimmy Schimdt, of course. The streaming video-on-demand company just released a two-minute trailer for its upcoming comedy series set for release on March 6, 2015.

The Kimmy Schmidt trailer starts off with a SWAT team finding the apocalypse shelter of Kimmy (played by The Office’s Ellie Kemper). She and her fellow cult sisters are brought to New York City, where Kimmy decides to stay and make a life for herself despite being severely out-of-date after 15 years underground. The spunky redhead proceeds to find new roommates, get a job as a nanny for an upscale family, and naively yet wittily compliment a construction worker who’s trying to hit on her.

In addition to Unbreakable Kimmy Schmidt, Netflix said it will invest a lot of extra money and efforts into creating more original programming in 2015. Series like Daredevil, Bloodline, and Flaked will make their debuts this year. Fan-favorites House of Cards and Orange Is the New Black will also grace screens with their renewed seasons in 2015 (as will Marco Polo, despite critics calling it a sub-par version of HBO’s Game of Thrones).

All thirteen episodes of Unbreakable Kimmy Schmidt will be available on Netflix starting March 6 (which can’t get here soon enough, in my opinion).