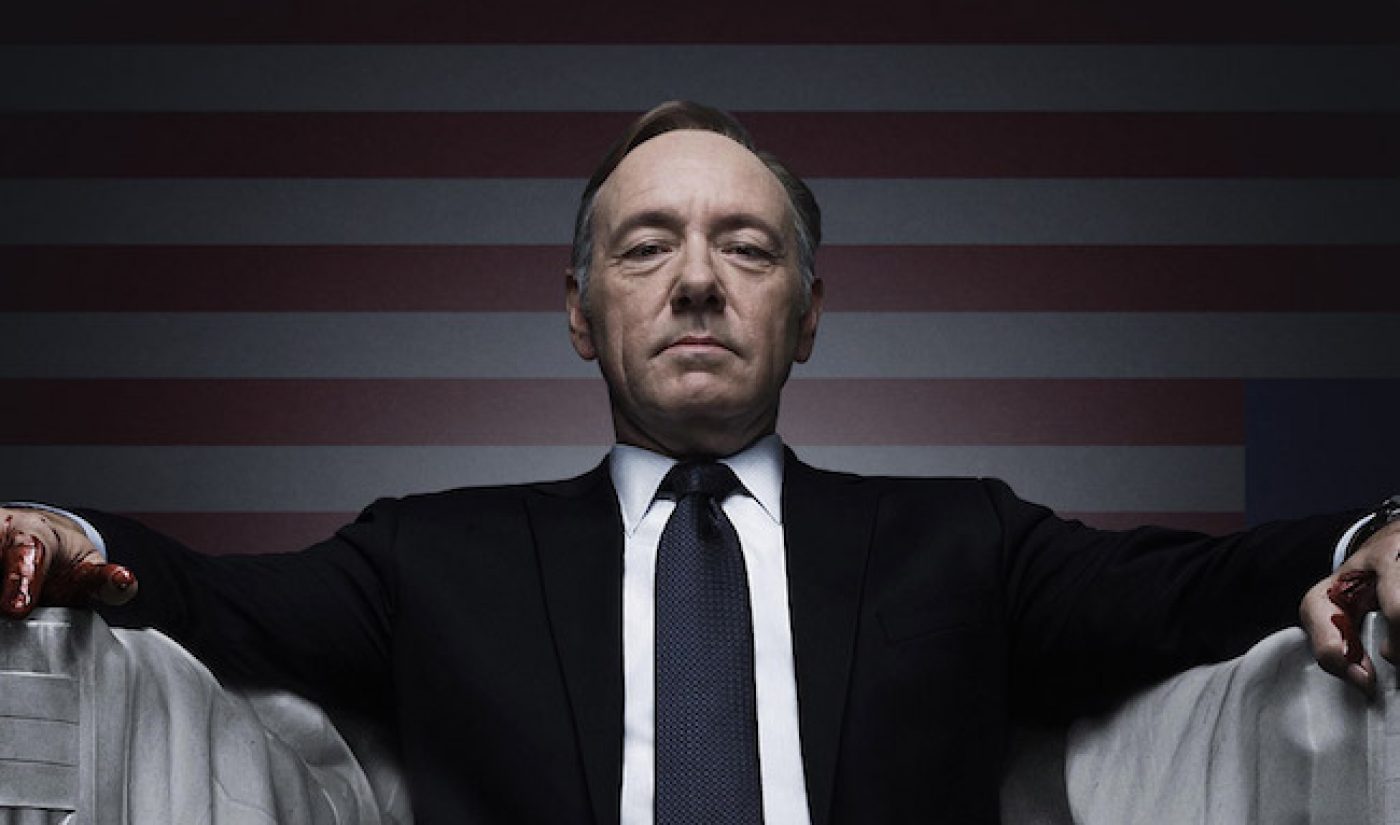 Netflix’s fourth-quarter earnings didn’t disappoint. The subscription-based premium streaming video on demand service posted an adjusted profit for the last three months of 2014 of $0.72 per share, far greater than the $0.45 per share Wall Street analysts had expected. The stock jumped up nearly 20% in after hours trading on January 20, 2014 due to the news.

How did Netflix CEO Reed Hastings and his team get those better-than-anticipated earnings? By adding a healthy amount of subscribers.

As noted in a letter to shareholders, the company now boasts more than 57.4 million members worldwide after having amassed an additional 4.33 million of them in Q4 of last year. Of those 4.33 million new members, 1.9 million came from the U.S. That’s a healthy amount of new Netflix users stateside, but the rate at which the company is adding new subscribers in America is slowing. 2.3  million members joined Netflix in Q4 2013, so the company’s year-over-year U.S. acquisition rate is down roughly 17%.

International growth, however, is up and increasing at a healthy clip. Netflix added 2.43 members outside of the U.S. in Q4 2014. That’s up from 1.74 million members in 2013 and good enough for an increase in its year-over-year overseas members acquisition rate of nearly 40%.

Hastings and his team hope to continue to get those aforementioned better than anticipated earnings by  aggressively pursuing more overseas growth and raising a lot of cash for a lot more original content.

Netflix intends to raise at least one billion dollars of additional long-term debt in order to continue to fund its original programming over the next few years. Not only has that programming done incredibly well for the company in terms of press, accolades, and promotion (Kevin Spacey just took home a Golden Globe for Best Actor in a TV Drama, Orange Is The New Black is one of the most talked about TV shows online, and the company references in its letter to shareholders how its latest big-budget original Marco Polo has a 93% Audience rating on Rotten Tomatoes), but Hastings and Netflix CFO David Wells explain in the shareholder letter how “original content overall was some of our most efficient content.” Here’s a longer excerpt:

Our originals cost us less money, relative to our viewing metrics, than most of our licensed content, much of which is well known and created by the top studios. We will continue to grow the percentage of our content spending dedicated to originals for the next several years.

With that in mind, Netflix will launch more than 320 hours’ worth of new and returning original series, films, documentaries, and comedy specials in 2015, including the August 26, 2015 release of its first feature-length film Crouching Tiger, Hidden Dragon II: The Green Destiny. That title is addition to other high-profile series releases coming in the next 12 months like Tina Fey’s Unbreakable Kimmy Schmidt and a family thriller from the powers that be behind Damages dubbed Bloodline.

All that being said, Netflix is still aggressively licensing programming from third parties. Come Saturday, January 24, 2014, for instance, it will be the exclusive streaming home of the controversial Sony Pictures flick The Interview (which is already doing quite well in sales and rentals online).

The SVOD service also still has a healthy DVD-by-mail service. Believe it or not, 5.8 million members in America still use Netflix by way of digital video discs and the U.S. postal service. Their subscription fees added contributed $89 million to Netflix’s Q4 2014 profit.