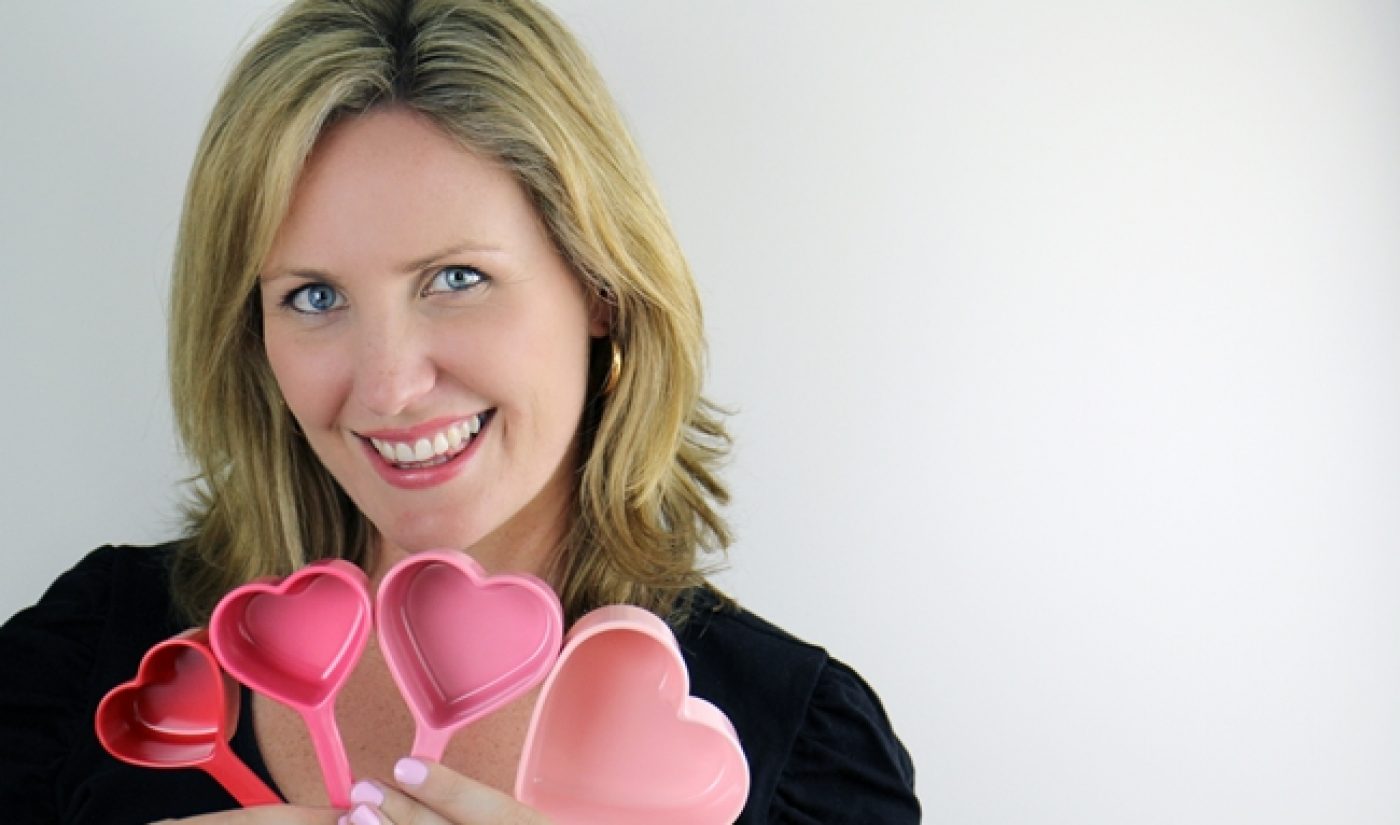 Many YouTube channels succeed by inhabiting a particular niche, and for Elise Strachan, that niche is sweet, colorful, and, most importantly, delicious. Strachan is the driving force behind MyCupcakeAddiction, where she uses her knowledge of cupcakes, cake pops, and other confections  to attract millions of viewers. Strachan, whose videos are often themed around pop culture characters or timely holidays, has become one of the flagship creators within Tastemade, the multi-channel network dedicated to food content. Here’s what she had to say about her big success of her bite-sized creations:

Tubefilter: How does it feel to have 1 million subscribers? What do you want to say to your fans?

MyCupcakeAddiction: Why does One Million sound so much more impressive than 999,999? I know it’s just a number, but a million? That’s a pretty massive number and while we’ve celebrated every milestone throughout the growth of MyCupcakeAddiction, this one was extra sweet (pardon the pun!) I’ve never had a million anything before!

To my fans: MyCupcakeAddiction is you guys. It’s not a channel, it’s not a business, it’s a community made up over a million passionate bakers of all levels and we’re all learning together – I couldn’t do this without each and every one of you.

TF: Why did you start your YouTube channel? What was happening three years ago that led to its creation?

MCA: Three years ago I was working night and day to pump out 300-600 cupcakes for a twice-weekly market stall, while also working as a receptionist 3 days a week and making wedding cakes for clients on the weekend. In short, I never slept! I started to think of ways I could expand my reach beyond just my local area, and my husband suggested YouTube as a global teaching platform. We started as a hobby in October 2011 and 18 months later it became my full time focus.

TF: Your channel has a heavy focus on ease of learning and the affordability of your recipes. Was this a conscious decision from the start or did you develop this idea over time?

MCA: This was definitely a conscious decision. As a cake decorator and home baker myself, I know how expensive everything is and how the industry will sell you things you’ll never use. There are so many cool “hacks” I’ve discovered over the years and sharing those is part of what separates me from a lot of others. Anyone can make something amazing with thousands of dollars worth of equipment but to make something fantastic with basic ingredients and regular household products takes thought, skill, and an open mind.

TF: Out of your top 12 most-viewed videos of all time, four are about Disney princess-themed goodies and four have to do with rainbow coloring techniques. Why do you think these specific topics are so popular in baking?

MCA: For boys, the trends tend to change each year but most little girls want to be princesses from about two through till about eight (and even beyond) – that’s a huge amount of princess birthday parties to cater for! I’ve been fortunate to work with Disney on some of these and always love coming up with modern twists on princess cakes for kids (and big kids!) to enjoy.

The rainbow phenomenon – I can’t explain why it was so popular but there was a period when I first started my channel that Rainbow exploded onto the scene and gathered popularity very quickly. It’s settled down as more and more rainbow content floods the internet but they were some of my best early videos.

TF: Do you come up with your own recipes or do you take ideas from other bakers?

MCA: A little of both. Most of my ideas come directly from me, and I find these are usually my more popular videos – for example my “Skittles Cake” with 5 million views in just a few months. Sometimes I’ll come up with an idea that I’m super excited about and make a video only to discover that I’m not the first to think of it. That can happen, and it’s just part of working on a global platform with so many talented players. I’m also inspired by others, and I get loads of fan requests and suggestions but I always try to put my own spin on any ideas, and pay credit to the source.

TF: As an Aussie, do you find there’s a big difference between the viewing habits of Americans and Australians?

MCA: I think the Australian and US audiences view in a similar way, and enjoy similar videos, but I get a lot of comments from people grateful I’m using ingredients that are easy to find around the world, not just in the USA. I also have channels in both Spanish & Japanese and I find that Japanese people view in a totally different way to the rest of the world – I’m still trying to work that audience out.

TF: You recently conducted a huge giveaway after hitting 1 million subscribers. How did you decide what to give away, and why did you decide to bungie-jump off a bridge beforehand?

MCA: I chose to give away things that I’m a bit obsessed with at the moment, like Instax cameras and Tiffany & Co jewelry. I knew my audience would love them, and because I hosted a global giveaway, I also had to chose prizes that were able to be easily shipped worldwide like iTunes gift cards and Vat19 vouchers. I didn’t want to exclude any country from being able to enter so even though it’ll probably cost more to post some of these items than to actually buy them, I wanted to make sure everyone was included. All up we gave away $10,000.00 worth of prizes AND one lucky subscriber won my YouTube Silver Play button!

As for the bungee – a million subscribers meant so much to me and I wanted to do something ‘big’ to celebrate – this was definitely big! And petrifying, and exhilarating all at once…I was in New Zealand collaborating with JamiesWorld and thought, it’s the home of Bungee, what better place to jump and what better way to celebrate?

TF: If you could start one new channel on YouTube, what would it be about?

MCA: I’ve translated my channel into 2 different languages so far (Japanese and Spanish) and would love to see an Arabic and/or Portuguese version. I have so much passion and drive for the content I currently make and I’m not sure I could be as excited about something else to truly give it the same focus and attention I give to MycupcakeAddiction. That being said, I do love my travel sweets vlogging series, SweetSpot, and would like to give that more attention in 2015.

TF: What’s next for your channel? Any cool plans?

MCA: 2015 will be a huge year for MyCupcakeAddiction. I’m currently working on a central fan “hub” where my viewers can better interact with me, my content and each other on a daily basis, as well as compiling weird and wonderful information on all things sweets and baking related. I’ll be spending a big part of the year in the USA attending VidCon and filming with my partner network Tastemade as well as meeting some of my amazing subscribers and collaborating with other talented YouTubers along the way.

The beauty of YouTube is that it changes every single day – I never know what opportunities will await when I open my email each morning and to me, that’s a big part of what I love about what I do.