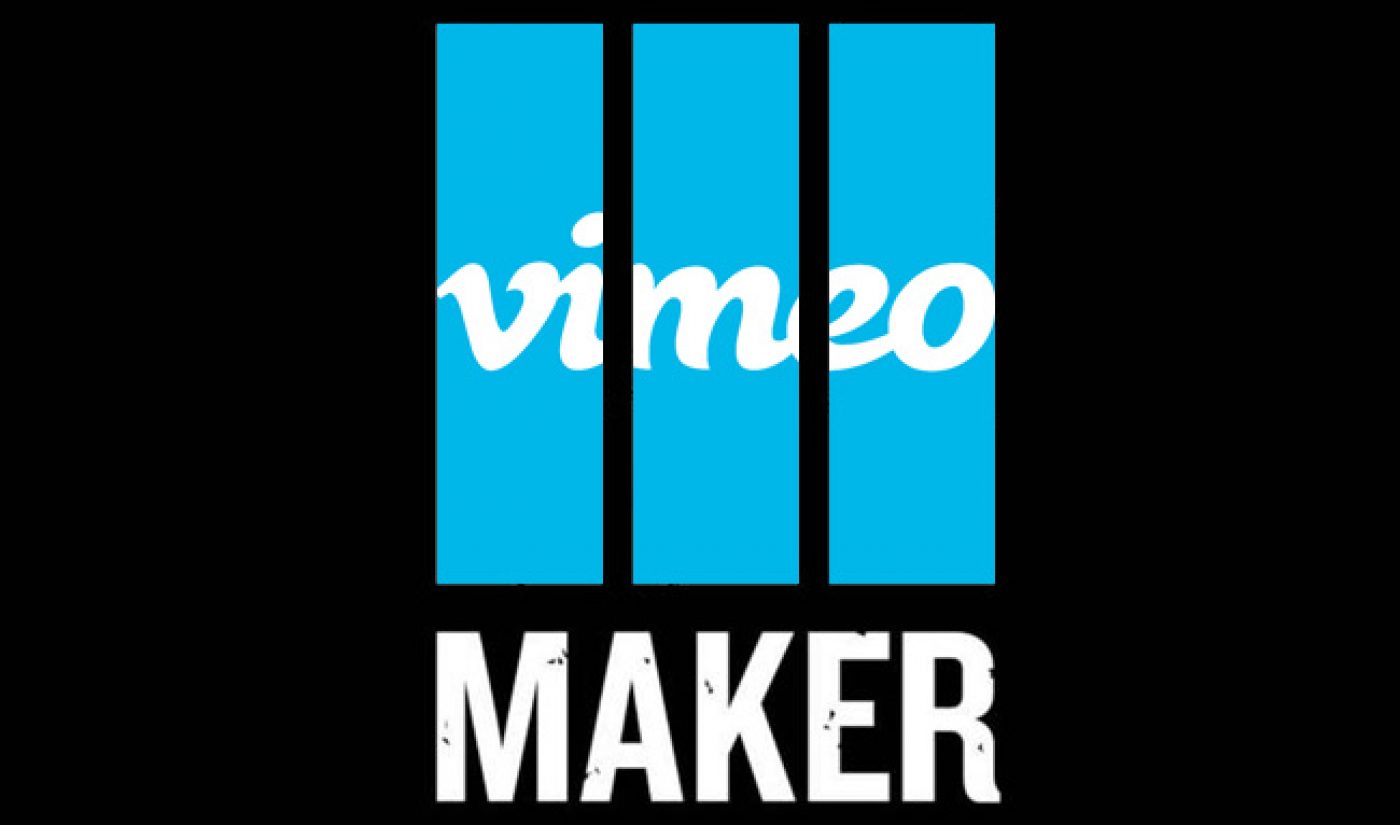 While YouTube has kinda sorta resurrected its multi-million dollar Original Channels Initiative and is on the job to finance new content from some of its top creators, one of the site’s largest multi-channel networks just inked a deal to receive cash for exclusive programming from a different source.

Vimeo announced today a partnership with Maker Studios in which the video-sharing site will fund original content from a select group of on-the-rise talent within the massive MCN’s roster of over 55,000 creators. Vimeo will then distribute that content by way of exclusive windows on Vimeo On Demand throughout 2015.

“We’re excited to welcome Maker’s incredible community of creators to the Vimeo On Demand platform, allowing them to bring their content to new audiences and earn more revenue through direct VOD sales,” said Vimeo’s CEO, Kerry Trainor in the release.

“Maker is always excited to create original programs that reach audiences across platforms,” added Maker Studios’ Chief Strategy Officer, Courtney Holt in the release. “And Vimeo will be a great partner to distribute new ideas.”

The deal is a huge coup for Vimeo. The video site that’s historically been an online outpost for the incredibly creative set has seen a major uptick in its traffic in recent months, slowly climbing out of its traditionally artsy niche and into more mainstream awareness, now boasting more than 170 million unique monthly viewers and 30 million registered members. That newfound traffic has afforded Vimeo newfound opportunities, and the company has struck piecemeal deals in the past to bring prominent online video creators to its pay-to-rent-and-download platform.

Vimeo recently funded a full second season of the hit indie web series High Maintenance and also signed deals with the likes of Joey Graceffa, Taryn Southern, and comicbookgirl19 (the latter of which is one of Vimeo’s Audience Networks General Manager, Greg Clayman‘s favorite examples of an online video star who has seen particularly great success and sales on his company’s VOD platform). A budget of $10 million was also set aside in mid-2014 to bring burgeoning creators who completed successful crowdfunding campaigns and/or whose work was accepted into a handful of select film festivals on board to Vimeo On Demand.

But never has Vimeo struck a deal for its VOD service on the kind of scale it can potentially see from Maker Studios. The Disney-owned YouTube multi-channel network and digital entertainment company currently attracts over 9.5 billion views per month across its tens of thousands of channel in more than 100 countries. If just a fraction of that creator base and its audience converts into Vimeo On Demand users and sales, the two companies will have a very fruitful partnership.

This isn’t the first time in recent history that Maker Studios has gone outside the confines of YouTube to ink a deal with another distributor for exclusive programming. Dish made it known during the 2015 Consumer Electronics Show the MCN would be providing a kind of “best of internet programming” channel for its $20 per month Sling TV service (aka a cord-cutters dream).

And Vimeo is also not the first company to offer presumably lucrative financial incentives in exchange for an exclusive first-run window on programming from prominent YouTube creators. Jason Kilar‘s Vessel has courted YouTube’s top stars and convinced more than a few to give the subscription service, its 72-hour exclusive window, and its promised advertising rate of $50 CPMs a shot.

And Vessel isn’t the only company with plans for a subscription-based service offering premium programming. Wouldn’t you know, Vimeo is mulling over the idea, too.