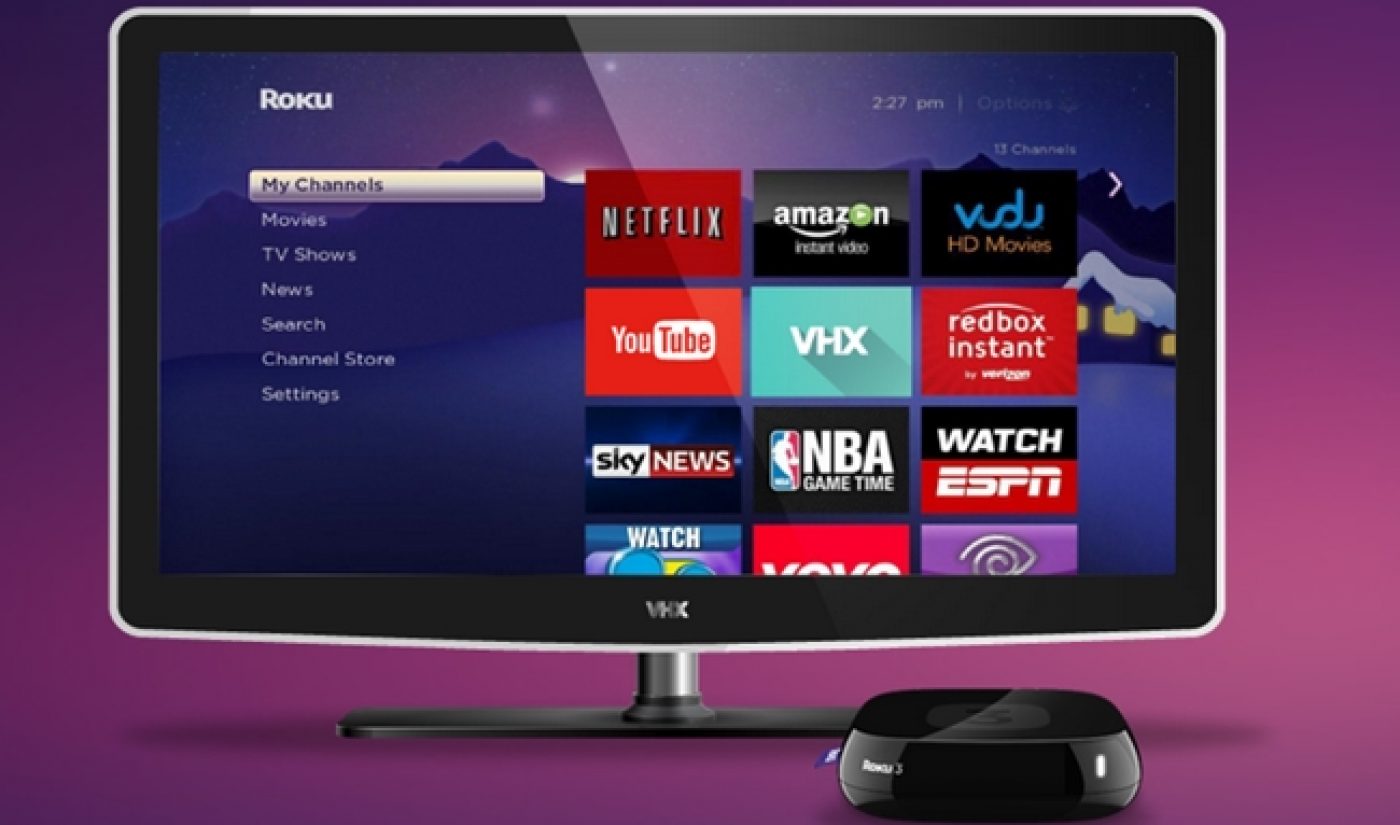 When VHX announced a $5 million funding round earlier in January, company co-founder and CEO Jamie Wilkinson explained how the new capital would allow his self-distribution platform to be included on more connected devices. Eight days later, Wilkinson’s assertion has become reality: VHX has launched a new app on Roku.

The Roku app fits in nicely with VHX’s recent redesign. Previously, creators set up their own VHX pages, from which fans could purchase content on demand. This design left VHX with little centralized presence, a drawback the company amended when it launched a “library” feature through which users could view all their downloaded materials as a united collection. The Roku app allows users to access that collection from any connected device.

Together with VHX’s recent iOS app launch, the debut of the platform’s Roku channel caters to the increasing number of viewers who watch content on mobile devices. According to a recent blog post from VHX, 32% of its users used either smartphones or tablets to view their purchased materials. Thanks to the new Roku app, those users now have even more options available to them.