Fandango To Bring Its Video Library To Hulu 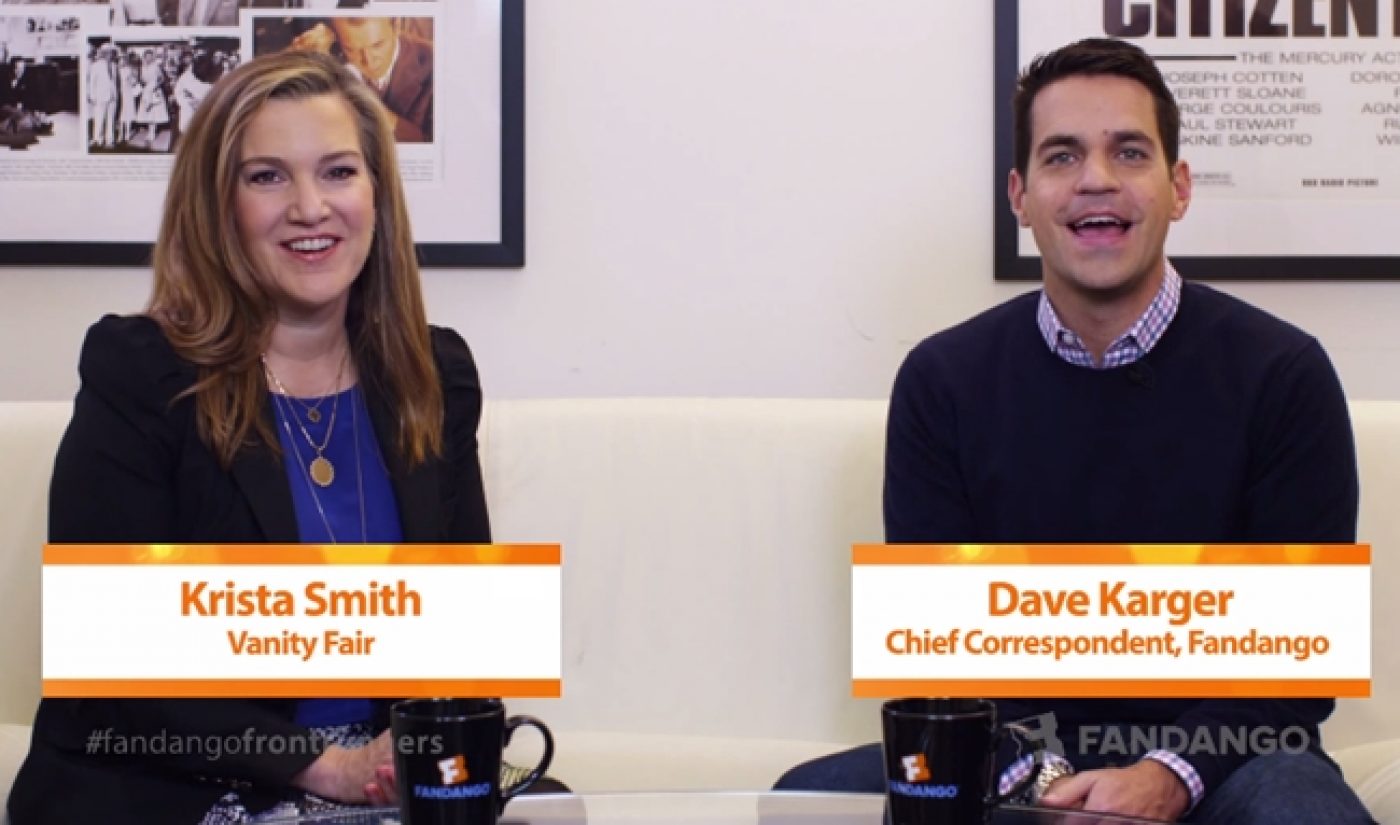 On January 11th, the Golden Globe Awards will honor the best films and television shows of the previous year. Four days later, this year’s Oscar nominees will be announced. Yes, it’s awards season once again, and as per usual, Fandango is right at the forefront. The ticketing service, which also distributes a number of film-related web series, will bring its video library to Hulu, where it will have its own dedicated channel.

While all of Fandango’s web content centers around movies, the site’s library is fairly diverse. Series range from Weekend Ticket, which looks at upcoming  box office debuts, to Reel Kids, in which children offer their opinions on recent films. One of Fandango’s longest-running series is FrontRunners, which debuted two awards seasons ago. Here’s a recent episode, in which host Dave Karger and guest Krista Smith predict which films will receive this year’s Best Picture nominations.

With its Hulu channel, which was announced at the Consumer Electronics Show, Fandango will be able to expand its reach by offering these web series to a larger number of viewers. “We are excited to deliver our original video programming to Hulu subscribers,” said company President Paul Yanover. “Our Hulu partnership helps us extend Fandango video content onto new platforms, meeting a growing demand for premium movie-related content among moviegoers and Hulu fans alike.”

According to a release, Fandango expects to launch its Hulu channel “during the first quarter of 2015.”