‘The Interview’ Tops Charts On YouTube And Google Play, Struggles With Piracy 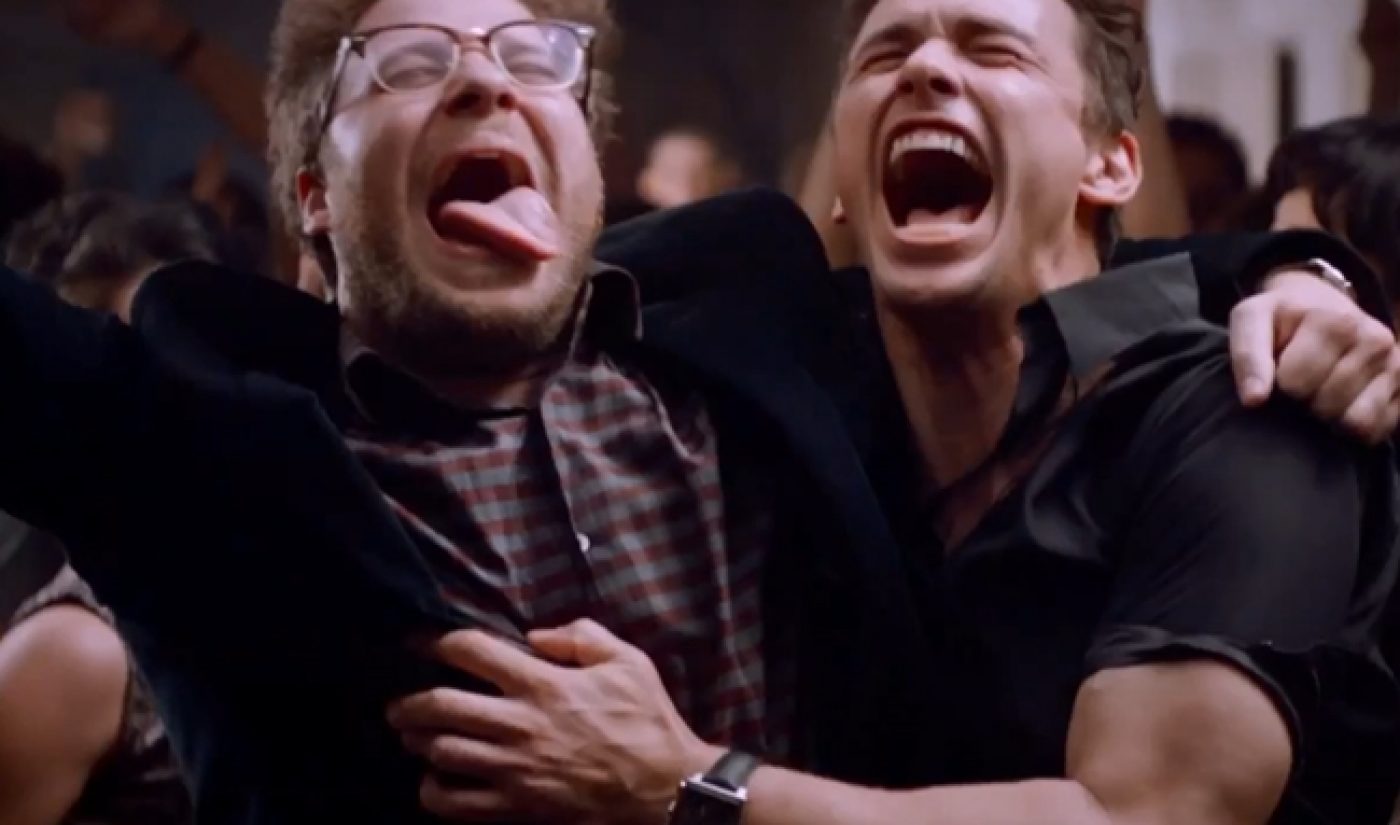 On Christmas Eve, Sony made the decision to release The Interview online through YouTube Movies, Xbox Video, Google Play, and seetheinterview.com. While the film did ultimately arrive into a select number of theaters, it still performed well on the Internet, where it emerged as the top seller on both YouTube and Google Play.

Sony charged viewers $5.99 to rent The Interview and $14.99 to purchase it. Neither YouTube Movies nor Google Play revealed the exact numbers registered by The Interview, though as Deadline reports, “the online version of The Interview is topping the movie sales chart on the Google Play store, and leads the “Top Selling” playlist on the YouTube Movies site, according to charts on both Google-owned sites.”

The film’s heavy online traffic is not surprising, since the pre-release controversy surrounding it brought in viewers who would otherwise skip the unremarkable Seth Rogen and James Franco comedy. It also performed well in theaters, as the New York Times reported sold-out theaters across the country.

On the two other sites where The Interview was made available, it did not fare as well. The film’s Xbox release was hampered by hacker attacks that prevented some users from accessing their accounts. On the film’s official website, Sony offered downloads through a platform called Kernel, which turned out to be a poor choice. People who rented the film through Kernel could share the URL with friends, and more importantly, users could right click on their rentals to download them permanently, thus exposing a gaping loophole. I guess Sony should have gone with VHX instead.

Finally, in addition to the viewers who purchased The Interview legally, many more opted to pirate the film. According to Variety, pirated copies of the film received more than 900,000 downloads in less than 24 hours. 72% of those downloads came from outside the US, as viewers around the world also received a chance to be disappointed by the lukewarm comedy.