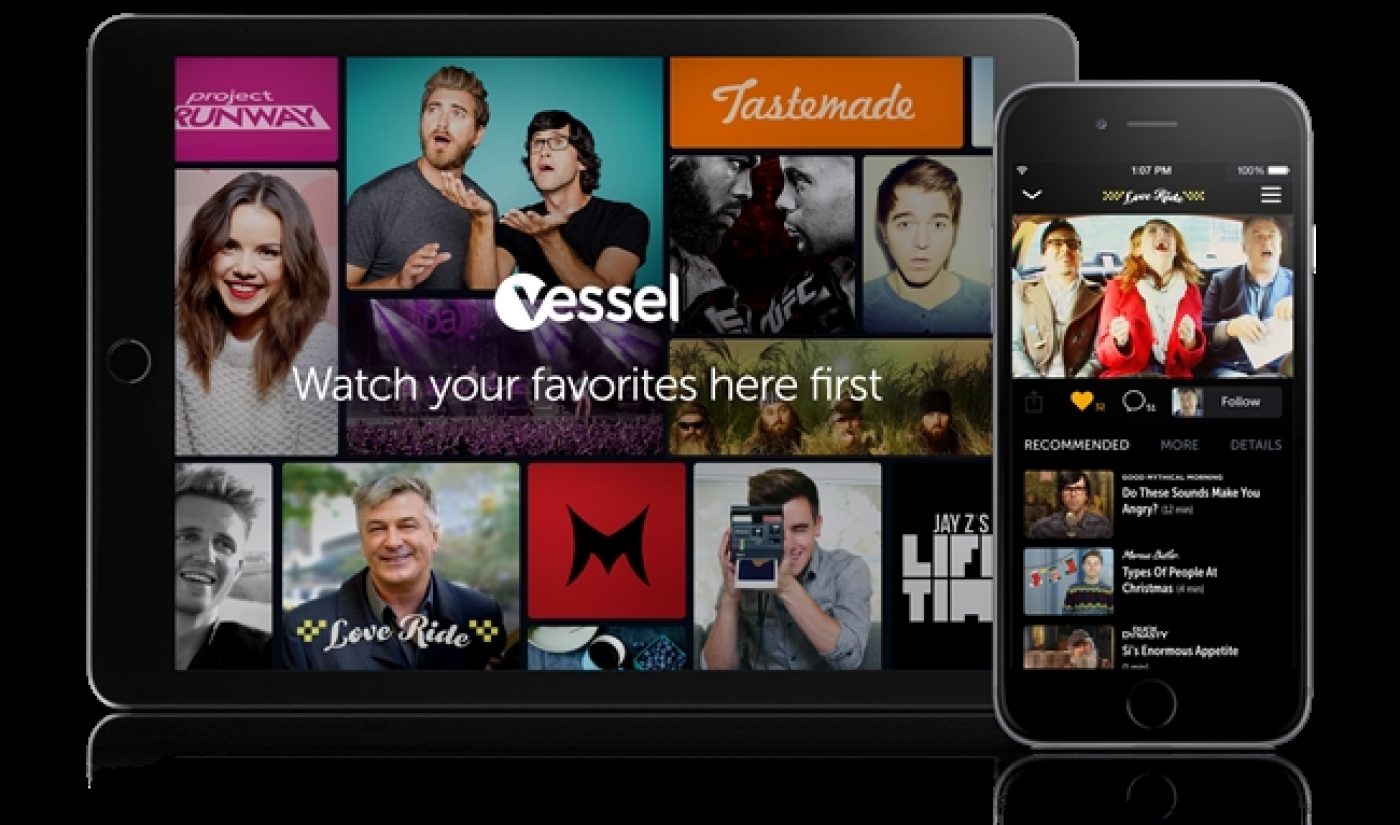 For months, we’ve heard rumors about Vessel, the online video platform led by former Hulu execs Jason Kilar and Rich Tom. Today, for the first time, Kilar has revealed some details about his new site. He has authored a blog post introducing Vessel, which he termed “The First Window for Web Video.”

As expected, Vessel’s model will be largely based around exclusive, 72-hour windows. Creators who put their videos on Vessel will do so three days before those videos arrive on any other platforms. Consumers who pay a monthly $2.99 fee will gain access to Vessel’s entire library and will be able to get the first look at new videos.

This model is potentially an extremely lucrative one for content creators. Kilar noted Vessel’s plan to offer its partners $50 per thousand views, which would be “approximately 20x the levels earned from free, ad-supported distribution.” That massive revenue stream is a result of Vessel’s generous revenue split; creators will rake in 70% of advertising revenue, and 60% of the total revenue from subscriptions will be divided among creators; those who bring more watch time to the site will receive a larger cut of the subscription pool.

The existence of ad revenue means that, yes, Vessel’s subscription service will have ads, too. Kilar, however, doesn’t believe those ads will annoy consumers, as they often do at his former company. He described his team as a bunch of advertising “geeks” who have designed Vessel’s ads to be both unobtrusive for consumers and beneficial for brands. He told Tubefilter that most pre-roll ads will not last more than five seconds, and he also claimed many large brands have already signed on.

This model is lucrative enough that it, in theory, does not require Vessel to have a huge user base. If only 5% of a creator’s fans migrate over to Vessel, that creator stands to double his or her annual revenue.

Vessel isn’t trying to “beat” YouTube; instead, it is offering a complementary service that will benefit creators in new ways. “Free, ad-supported distribution plays an important role in the future of video, and we do not see that changing,” writes Kilar. “Vessel was created to serve as a critical, missing piece of the puzzle for content creators, with Vessel playing one part among many that collectively help creators achieve their dreams.”

Beyond its subscription service, Vessel will also offer a free, ad-supported platform, which Kilar described as “simply another channel for distributing their content on the free ad-supported web.” Companies that plan to use that free service include BuzzFeed, Funny or Die, TED, and VEVO.

As for the subscription tier, a number of creators are already on board. Notable YouTube personalities like Shane Dawson, Ingrid Nilsen, Caspar Lee, Rhett & Link, Connor Franta, and Marcus Butler will use the service (and may have received multimillion dollar guarantees for signing up), as will record labels (Warner), traditional media personalities (Alec Baldwin), and media brands (UFC).

At the same time, Vessel is looking for more. Currently, it is offering a “Creator Preview“, which will run into 2015. During this time, Vessel partners will begin launching their pages, and the company has invited interested creators to apply to join its network.

“Bringing positive change on this level is extremely hard, and we recognize that it won’t happen overnight,” writes Kilar. “However, we have great conviction that we can help the internet deliver on its potential for consumers and creators. We take inspiration from the gifted storytellers and business leaders before us who traveled similar pioneering paths as they fashioned the film and television industries. We are ready for what will surely be an epic third act.”

Next year, Vessel will officially open for business, and that’s when we will see how well Kilar’s big-money promises pay off. Until then, you can join Vessel’s mailing list to get regular updates on the site’s status.