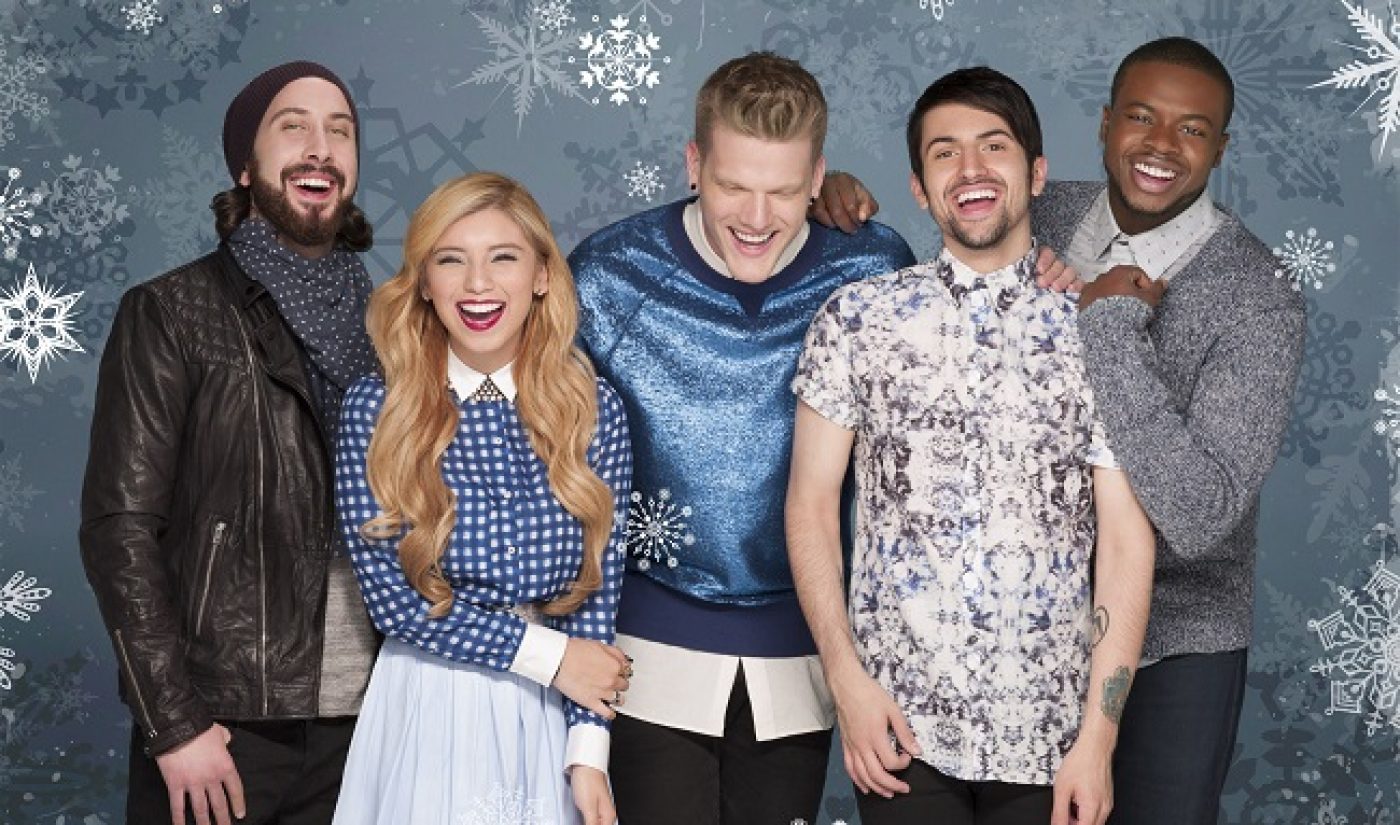 YouTube a cappella group Pentatonix doesn’t need instruments to get to the top of the music charts. The Arlington, Texas-based singers with over 7 million subscribers saw their album That’s Christmas to Me reach the #1 spot on iTunes, passing up Taylor Swift’s 1989.

Pentatonix, which consists of members Scott Hoying, Mitch Grassi, Avi Kaplan, Kirstie Maldonado, and Kevin Olusola, released That’s Christmas to Me on October 21, 2014 through RCA Records. The album sold almost 100,000 copies in the U.S. within its first week, and managed to snag the #1 spot on Billboard’s U.S. Digital Albums chart and the Top Holiday Albums chart (where it sat for over six weeks). The Wall Street Journal reports Pentatonix’s album also managed to hit #1 on iTunes a few weeks ago, making the band one of very few groups that can claim a higher spot in the rankings–if only for a short time–than Taylor Swift (she’s back at the top now.)

The YouTube a cappella group originally started on NBC’s The Sing-Off, where it won the third season and scored a record deal with Sony. But Pentatonix has really risen to fame off its YouTube presence. Since 2012, the band has released six EP and full-length albums, appeared on Sesame Street, and performed at the 2014 Streamy Awards (where it also won an award for their Daft Punk mashup video).

Pentatonix doesn’t seem to be slowing down anytime soon. The band’s set to appear in Pitch Perfect 2 (along with fellow YouTuber DJ Flula) as rival performers to character Beca (Anna Kendrick) and her Barden Bellas group. Pentatonix will also get started on another album with RCA, but could have to battle it out with the label to prove instruments aren’t a requirement for getting the group’s music onto the radio. “We’re not really into that idea,” Hoying told WSJ. “The second you add instruments, what makes us so special is lost.”

He has a solid point, especially considering Pentatonix has already sold over 615,000 copies of That’s Christmas to Me since its release in October. If you want to help bump up that number even more (and perhaps make the group hit 1 million sales this year), you can purchase the album from iTunes, Amazon, or Google Play.