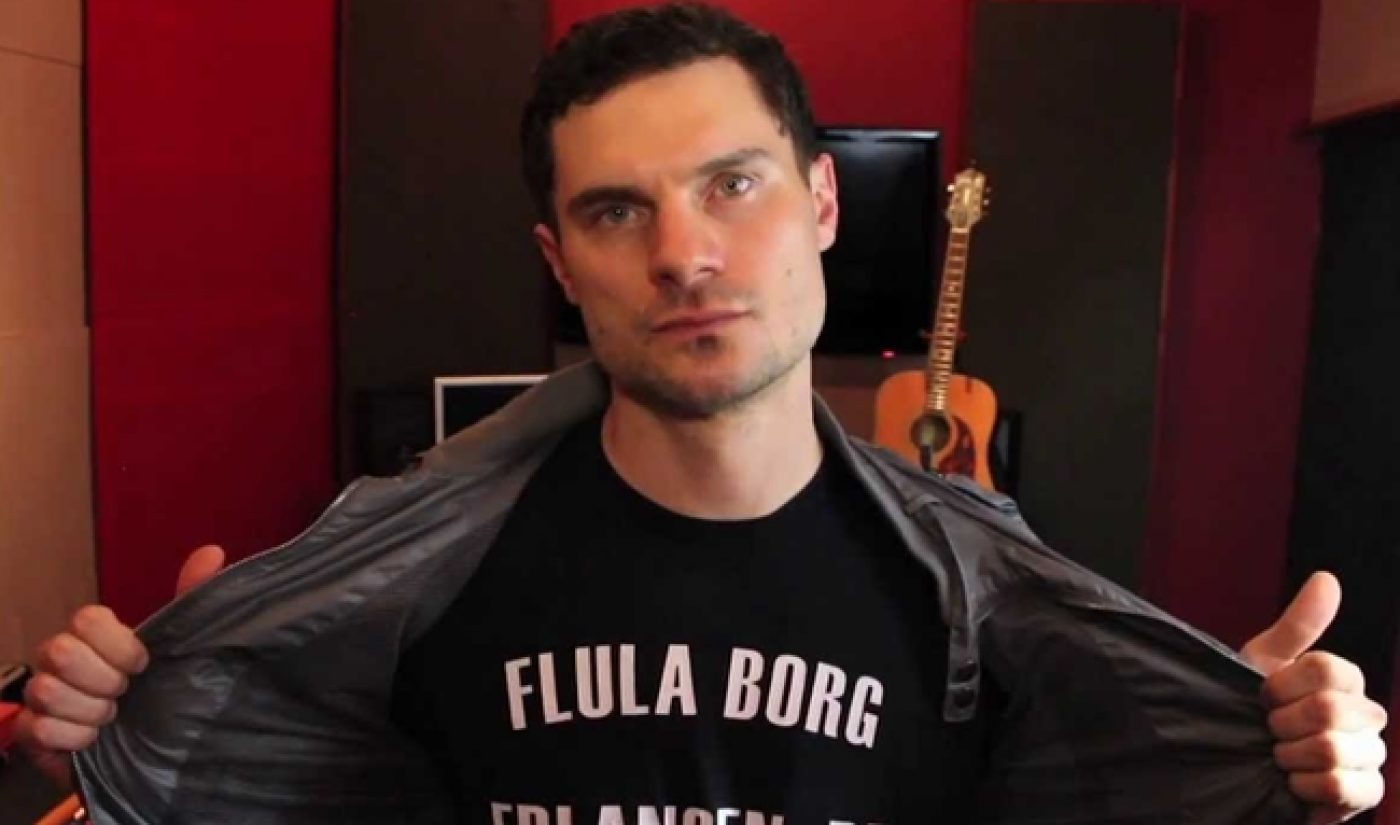 Our favorite German DJ-turned-YouTuber just signed a deal that looks to bring his unique personality to a wider audience. Flula Borg, whose vlogs, Auto Tunes, and other assorted videos have drawn more than 56 million views, has signed with talent agency UTA.

Borg’s channel, which has 456,000 subscribers, may not have the raw numbers of other UTA clients like Shane Dawson and Joey Graceffa, but the musician from Erlangen is still a prominent figure in the YouTube community. In addition to his own videos, he frequently collaborates with other creators, including Grace Helbig, Rhett & Link, Miranda Sings, and many others. He has also brought his instantly-recognizable delivery to the channels of Entertainment Weekly, GQ, the Dallas Mavericks, and several other brands.

Recently, Borg has begun to expand his career outside of YouTube. Most notably, he landed a role in Pitch Perfect 2, where he will play a member of a rival a cappella team that will do lyrical battle with the film’s protagonists, the Barden Bellas. He can be seen briefly in the film’s first trailer, which debuted in November.

Borg is not affiliated with a multi-channel network. According to The Hollywood Reporter, he is represented by Brillstein and attorneys Cuffe Owens and Brian Agboh at Felker Toczek.

Typically, deals with top Hollywood talent agencies forecast big moves for YouTube creators. For example, The Fine Bros signed with WME in 2013, and a year later, they are premiering their own TV show on Nickelodeon. Now that Borg has scored his own agency deal, we’ll be on the lookout for more news from his team.