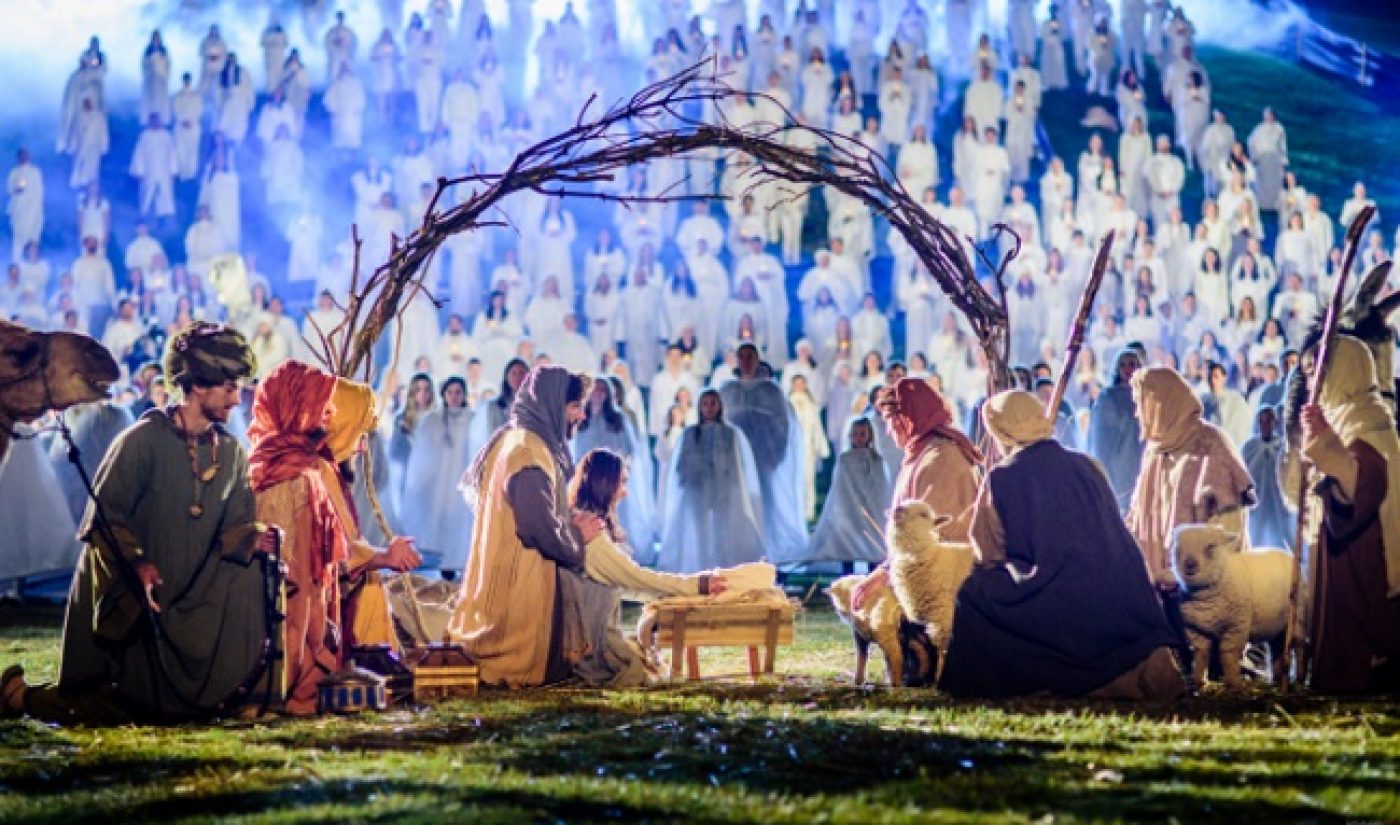 The Guinness Book of World Records will have to update one of its Christmas-related entries. Roughly 30 different YouTubers teamed up with multi-faith organization Radiant Foundation to create the largest living nativity scene in the world.

The nativity volunteers gathered on December 1, 2014, at Rock Canyon Park in Provo, Utah to film the Biblical reenactment of angels, wise men, and other visitors coming to see the baby Jesus. Over 1,000 people showed up to help with the production, ensuring it beat the last Guinness Book World Record of only 898 people involved in a live nativity.

YouTube musicians such as The Piano Guys and Peter Hollens joined David Archuleta and the Mormon Tabernacle Choir to create a music video surrounding the day’s events. The final result is a majestic composition mixing the hymns “Angels We Have Heard on High” and “Angels from the Realms of Glory” with images from the live nativity production. The video was officially released on December 12 on The Piano Guys’ YouTube channel.

Some of the YouTubers who took part in the event were Shay Carl Butler and his family (known as the Shaytards to the online video masses), Alex Boye, Gardiner Sisters, Working with Lemons, Devin Graham (aka devinsupertramp), Studio C, Cute Girls Hairstyles, and Stuart Edge. Shay Carl tweeted the link to the video today, encouraging his followers to share the clip using the hashtag #SharetheGift:

The project is definitely one of the larger collaborations among YouTubers to date (with the exception of this year’s YouTube Rewind video) and it’s one of the only initiatives we’ve seen comprised of this many digital stars (some very high-profile ones, at that) eager to collaborate on a project solely based on the shared beliefs which affect their everyday lives. Derral Eves, one of the event’s producers, told ABC News on December 2, “We had the idea four weeks ago on Monday and we had the idea and we really felt like this was something we needed to do.”

Radiant Foundation is giving away the “Angels We Have Heard on High” download for free. Visit thepianoguys.com/sharethegift to grab your copy, and feel free to #SharetheGift with others who may want to see the epic nativity production.