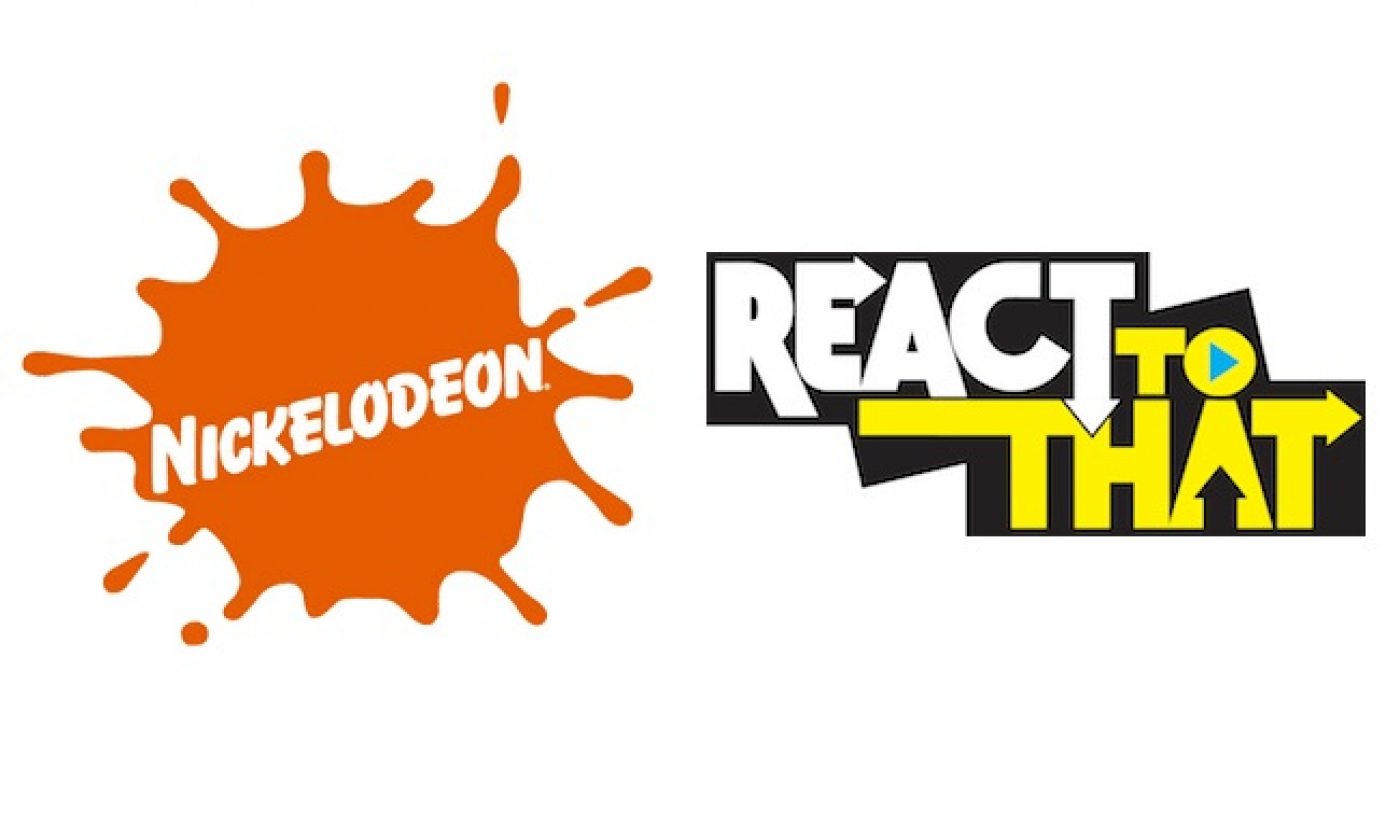 The Fine Bros will soon have a TV show credit to their name. Benny and Rafi Fine have partnered with Nickelodeon to bring the premiere episode of a 13-episode order of ReactToThat (based on their hit React YouTube series) to traditional television on December 15, 2014 at 6PM ET.

In the ReactToThat TV show, celebrities and children will react to viral online videos, but with an addition not found in the Fine Bros’ digital series. The participants will be asked to partake in a challenge or showdown based on the video they just watched, such as trying to see who can clap the fastest or who can make a trick basketball shot. The premiere episode will feature YouTube fashion vlogger Bethany Mota (who’s more than content to stay on YouTube and launch fashion lines with Aeropostle), AwesomenessTV’s Lia Marie Johnson, Paris Smith of Nickelodeon’s Every Witch Way, and Mace Coronel and Aidan Gallagher of the network’s Nicky, Ricky, Dicky, & Dawn.

The Fine Bros partnered with Nick Cannon and his production studio NCredible Entertainment to produce the show’s pilot and bring the ReactToThat TV series to life once a successful social media campaign convinced Nickelodeon to pick it up. Cannon, Michael Goldman, Scott Tomlinson, Max Benator, and both Benny and Rafi Fine are all executive producers.

ReactToThat is another one of the many projects the Fine Bros have recently undertaken. The fraternal partners have started funding content initiatives from other digital creators, and are currently planning their first movie which will take a comedic look at the clique-ish world of high school. In addition, the Fine Bros maintain three wildly successful YouTube channels, which collectively boast over 13.8 million subscribers and have generated more than 1 billion video views for the creative duo.

Catch the debut episode of ReactToThat on Nickelodeon on Monday, December 15 at 6 PM EST. The show will air Monday through Friday and run through January 1, 2015.