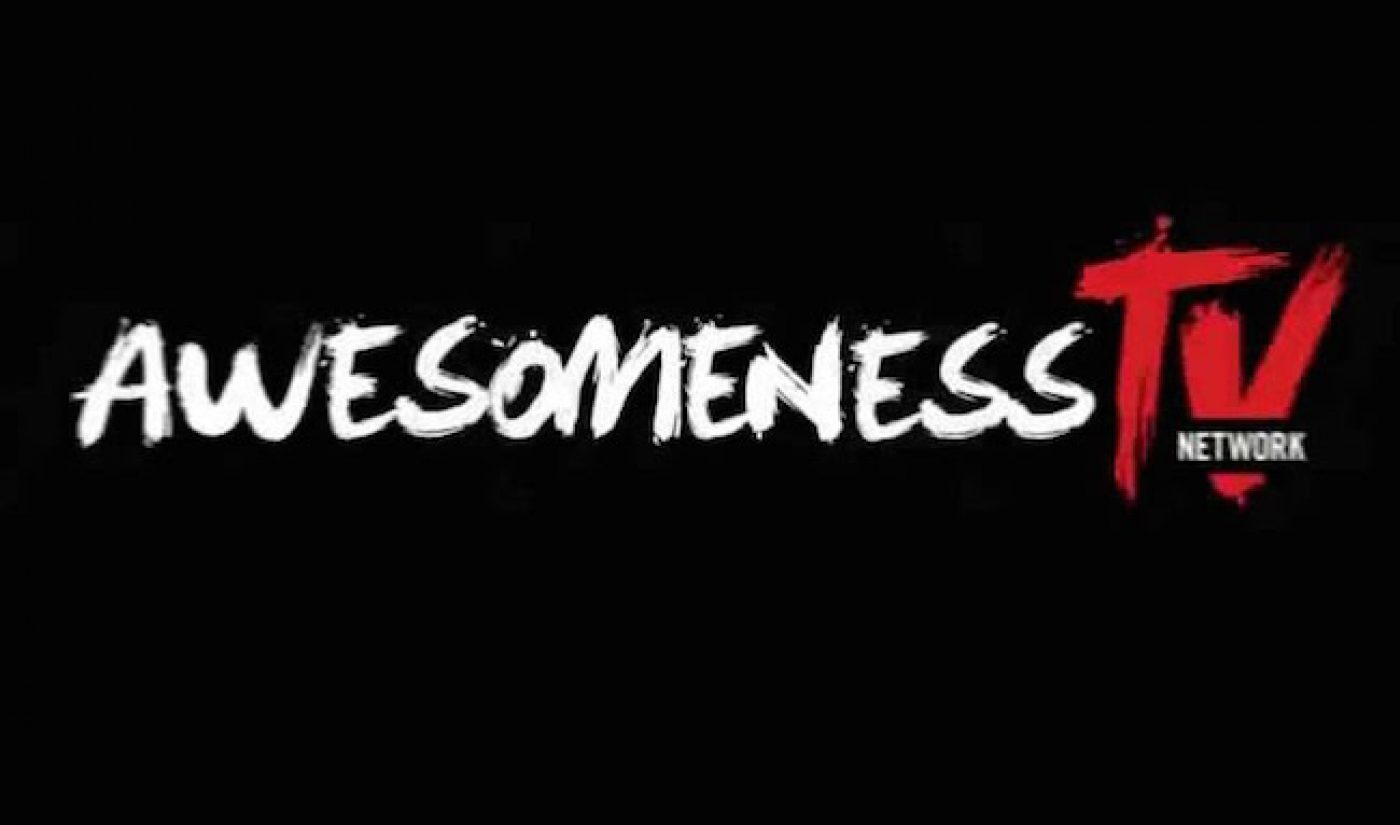 It looks like DreamWorks Animation CEO Jeffrey Katzenberg’s May 2013 acquisition of the burgeoning YouTube multi-channel network AwesomenessTV for $33 million to $117 million (depending on whether or not AwesomenessTV could meet traffic and revenue incentives) has paid off. DreamWorks Animation just announced the Hearst Corporation has acquired a 25% stake in Awesomeness TV for a purchase price of $81.25 million, giving the company a valuation in the ballpark of $325 million.

AwesomenessTV Founder and CEO (and incredibly prescient entertainment executive) Brian Robbins will stay on board to lead the company along with ATV President Brett Bouttier as they continue to grow the business and presumably work much closer with Hearst’s recently-hired SVP of Product and Development Corey Moss across at least some of Hearst’s 15 daily and 34 weekly newspapers (like the San Francisco Chronicle), hundreds of magazines (including Cosmopolitan, Elle, and O), 29 television stations (which combined reach around 18% of viewers in the United States), and other entertainment properties.

“Few companies have built the global audience of millennial females as quickly as AwesomenessTV,” said Steven R. Swartz, president and CEO of Hearst Corporation, in the release. “For us, it’s very important to make a bet on the future of how content is created. Together, in partnership with DreamWorks, we see great opportunity in supporting the consumer media franchise that AwesomenessTV continues to build.”

In the two years since its launch, AwesomenessTV has grown from an MCN in a multi-hyphenated digital entertainment conglomerate with an MCN, management company (with its recent acqusition of Big Frame), record label (with its recent launch of Awesomness Music), book imprint (with its recent launch of Awesomness Ink), and Consumer Products and Creator Licensing Division. The YouTube network portion of the biz boasts 800 million monthly views with a subscriber base totaling 114 million and a list of YouTube channels and personalities that includes superstars like Tyler Oakley, Miss Glamorazzi, Cameron Dallas, Cimorelli, and more.

“Hearst has a strong track record of identifying emerging media companies and trends which will be invaluable as we enter into our next phase of growth and look to solidify our position as a leading, next-generation media brand,” said Robbins. “With this new partnership, we will benefit from Hearst’s deep industry and creative experience as we continue our strong and productive relationship with DreamWorks Animation.”

This isn’t the first time Hearst and AwesomenessTV have worked with one another. Hearst’s millennial-targeted Seventeen inked a deal with Awesomeness to first run the magazine’s YouTube presence and then help it build a new YouTube network for teens. Apparently, the two companies had a very good experience with one another.