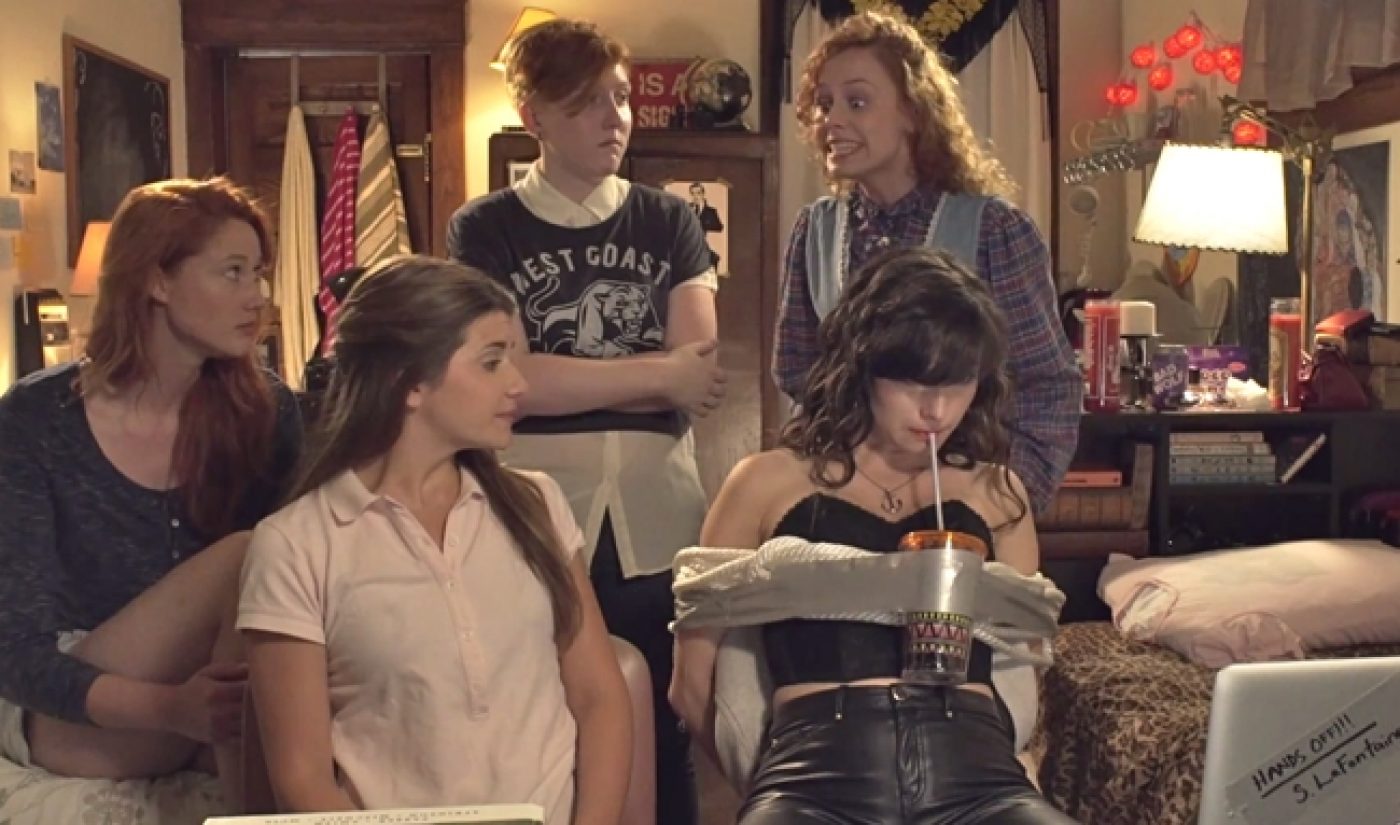 In August, tampon brand U by Kotex sponsored a vampire web series called Carmilla. Now, Kotex is looking to attach its brand to more bloodsucking shenanigans, and as a result, a second season of Carmilla is in the works.

Carmilla is one of the goofiest ideas for a branded content initiative we’ve ever seen. It’s a web series based off Joseph Sheridan Le Fanu’s 19th-century gothic novella of the same name, aimed at teenagers, sponsored by a major tampon maker, and set in a college dormitory. Despite this b-movie premise, Carmilla‘s first season was a fun ride. Thanks in large part to some clever, Lizzie Bennet-style transmedia twists, the 36-episode series drew 7.5 million views on YouTube and attracted a legion of fans, who named themselves “Creampuffs.”

Season two will add 36 more episodes to Carmilla while maintaining the same production team: Digital studio Smokebomb Entertainment, ad agency shift2, and host channel VervegirlTV. “The engagement from thousands of Carmilla fans around the world – who have literally begged U by Kotex for another season – speaks for itself,” said Kaaren Whitney-Vernon, CEO of shift2, in a release. “We have successfully connected, engaged and sustained an audience that loves U by Kotex for bringing them a series they adore.”

A web series about tampon-toting vampire teens may seem odd, but Carmilla has managed to strike a chord with its target audience. According to StreamDaily, production on the new season will begin in February, and the episodes are due out starting in March.