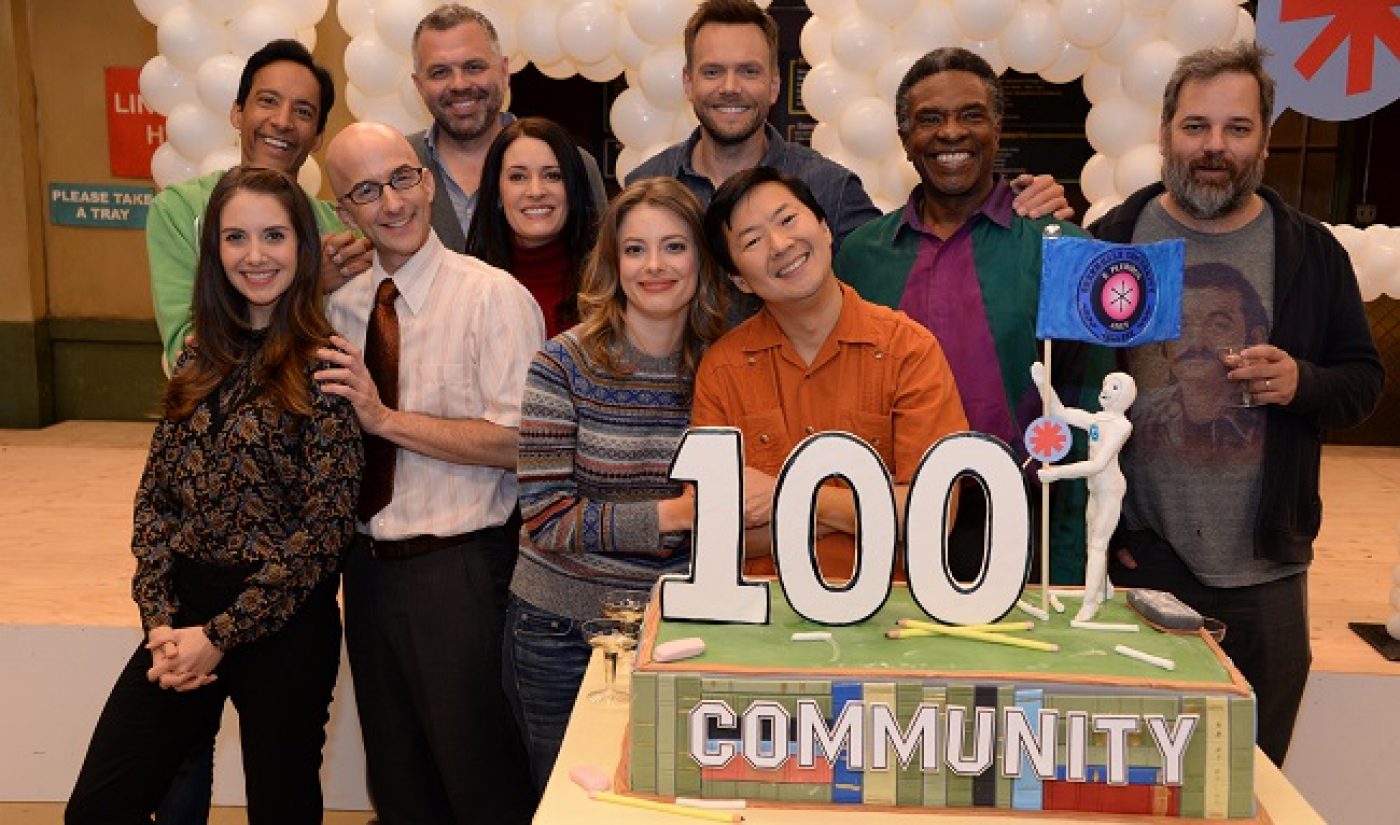 It’s a good thing for television series milestones that Yahoo picked up NBC’s Community. Despite the network cancelling the comedy back in May 2014, the cast and crew of the show were able to celebrate its 100th episode on set on December 8, 2014.

Community‘s crossing of the 100-episode mark probably wouldn’t have happened if Yahoo hadn’t intervened. Back in June of this year, the American multinational internet corporation announced it would pick up the canceled NBC comedy for a sixth season exclusively for streaming release on its Yahoo Screen platform. The series’ cast also welcomed Brewster and David in November, whose characters will respectively be a consultant hired to “shape up” Greendale Community College and an ex-scientist looking for new direction in his life.

Production for season six of Community started on November 17, 2014. The 13 new episodes will debut on Yahoo Screen sometime in early 2015.