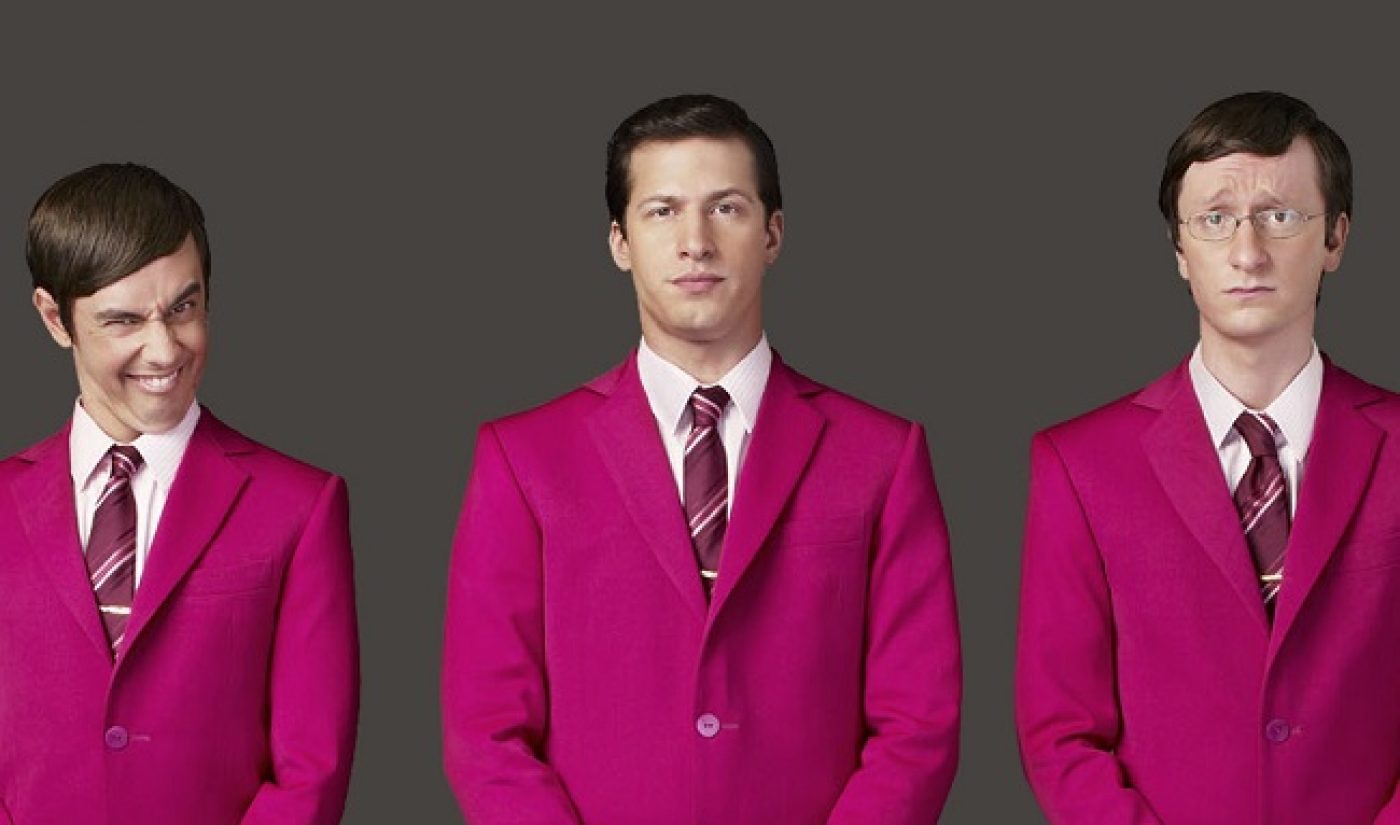 The Lonely Island is transferring its comedic talent from its popular YouTube channel to over-the-top devices. The group formed by Saturday Night Live alums Andy Samberg, Akiva Schaffer, and Jorma Taccone and known for their comedic hip-hop music videos has announced three new shows it’s producing in conjunction with Fox.

Lonely Island’s development deal with Fox was announced back in January 2014, and the partnership between the network and the former SNL trio is now called Party Over Here. They are creating the three new shows for initial release via over-the-top (OTT) services like Hulu and Roku, with the intention of getting the titles picked up for half-hour slots on channels like Fox’s FX and FXX.

The first show in production is called The Tyler Zone, a sci-fi comedy starring Danny Pudi (Community) as the newcomer to a town full of supernatural situations. In Topics with Andre Hyland, the second series slated for production, comedian Andre Hyland transforms into a range of characters before interacting with the unsuspecting public. Finally, the mockumentary-style Home for the Weekend will be hosted by Neal Brennan (Chappelle’s Show) and cover celebrities’ returns to their hometowns. The Lonely Island guys will be first episode’s featured stars; they will visit Berkeley, California, where they originally formed their group.

Samberg, Schaffer, and Taccone will executive produce the three upcoming shows, and Billy Rosenberg (Date Night, The Spectacular Now) is tapped as head of production and development for all of Party Over Here’s projects.

No release dates have been announced as of yet for the three new series. However, based on the popularity of The Lonely Island’s original YouTube channel (it boasts over 5.9 million subscribers), we suspect at least some of that audience will be eagerly waiting to watch Party Over Here’s shows as soon as they’re available.