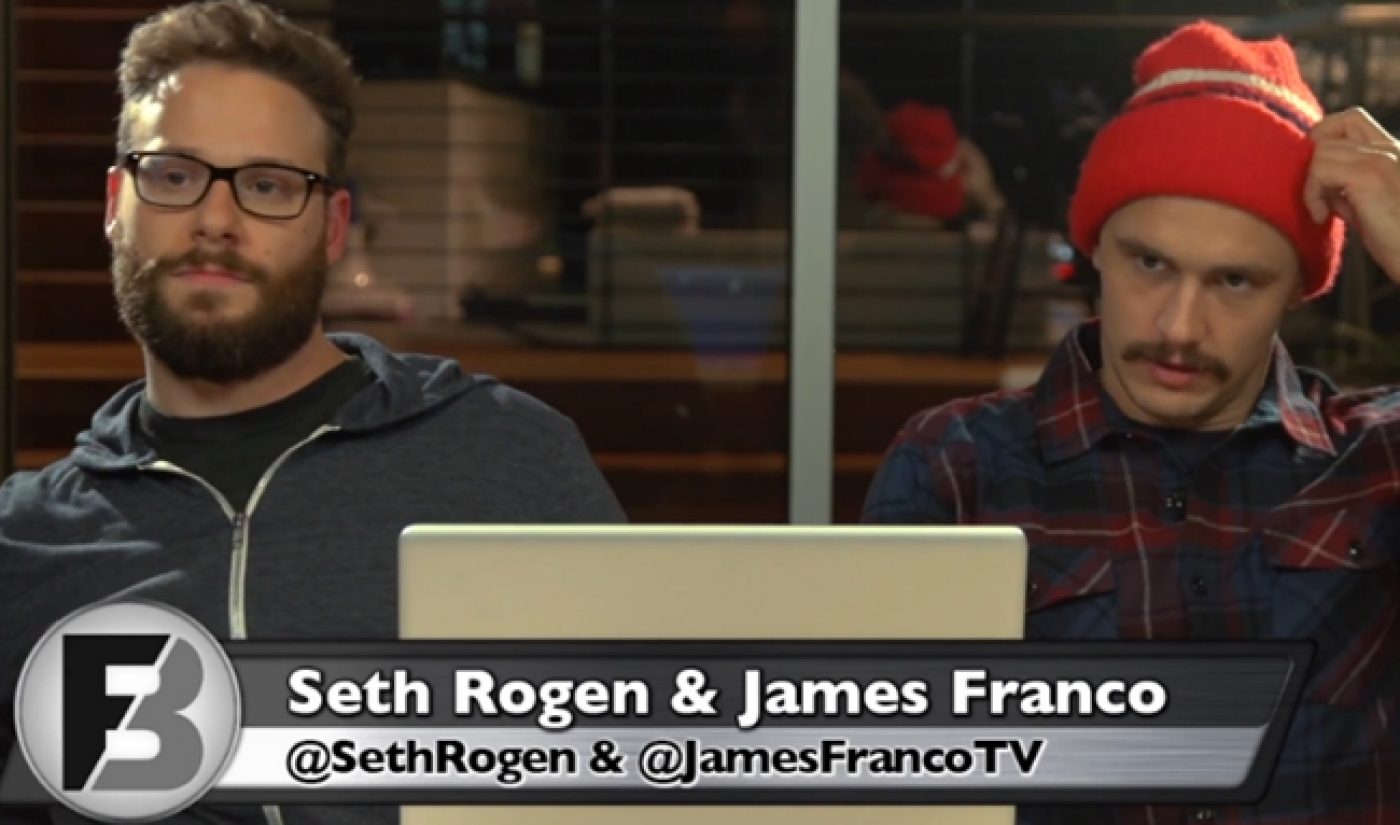 A year ago, The Fine Bros and 8-bit animator Doctor Octoroc completed a choose-your-own-adventure game based off the short-lived NBC series Freaks And Geeks. The Fine Bros explained the game as “our tribute to the cast & crew of this brilliant but cancelled show,” and they have now taken the tribute one step further by sharing the game with two members of that cast. James Franco and Seth Rogen stopped by The Fine Bros’ studio for a special episode of React, in which they played their way through the Fine Bros version of the Freaks and Geeks universe.

Rogen and Franco are currently promoting their film The Interview, which arrives in theaters on Christmas. As part of their rounds, they checked out their 8-bit likenesses and played through the annotation-based game. They seemed to enjoy themselves, though Rogen notes that “you didn’t make Jason Segel tall enough.” At the end of their video, Rogen and Franco reach the game’s best ending. “We won the game!” quips Rogen, “it still gets cancelled.”

A second, unlisted video on the Fine Bros’ channel shows a few deleted scenes. Specifically, Benny and Rafi Fine show Rogen and Franco what would’ve happened if they had totally flubbed their lines and chosen the wrong options in each conversation.

This isn’t the first time The Fine Bros have entertained celebrities on their channel. Game of Thrones cast member Maisie Williams has made several appearances on Teens React, and ten more stars from TV, film, and sports got their own React episode back in August. This time, The Fine Bros got to show off their own work, and at the same time, they got to meet a pair of actors who influenced their work. That’s a pretty good deal.