ABC News Launches ‘The One Thing’ One-Minute Newscast On Facebook 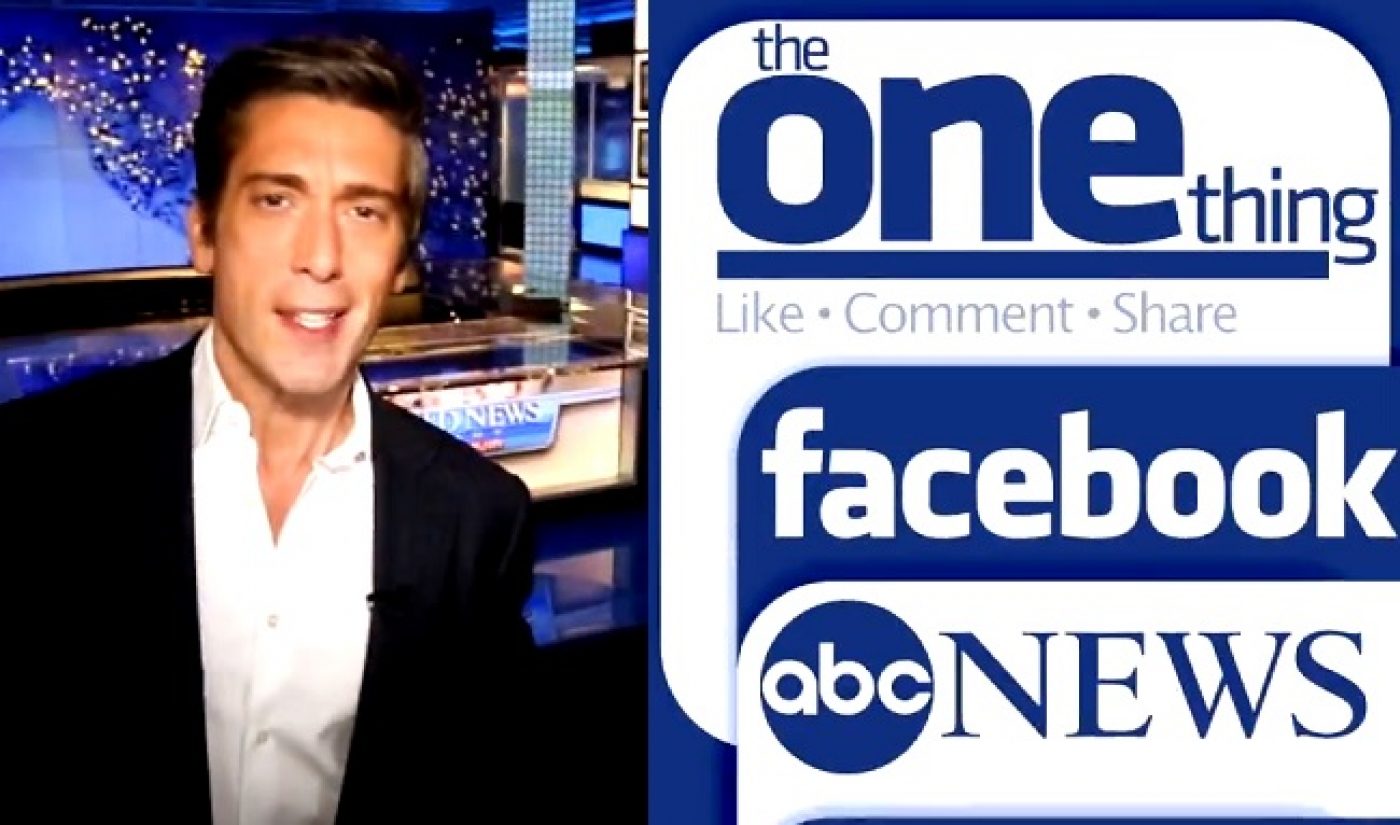 ABC News wants to keep Facebook video viewers up-to-date on the news with a short, daily feature. Facecast: The One Thing is the network’s one-minute newscast which debuted exclusively on Facebook on December 1, 2014.

Hosted by World News Tonight anchor David Muir, Facecast: The One Thing is a daily video update available on WNT’s Facebook page. The newscast covers what ABC considers to be the most important news stories and trends of the day, ranging from sports to politics to pop culture. The premiere installment of the show (which was actually over a minute long) has amassed over 100,000 views so far (which is far more views than any video posted to ABC News’ YouTube channel has received in the last several days).

“We are grateful that our audience engages with David Muir and World News Tonight on social media all day long,” said World News Tonight executive producer Almin Karamehmedovic in a release. “We’re very excited to launch a newscast that is exclusively for Facebook where users can continue the conversation beyond the evening newscast at any time.”

“Video on Facebook is growing fast and it’s exciting to see ABC and David Muir create unique content for this platform,” added Andy Mitchell, Director of News and Global Media Partnerships. “A newscast produced for the mobile use case is a great way to leverage Facebook’s platform and engage people in the journalism ABC News is known for.”

Facebook video has definitely exploded over the last year. A recent study from Socialbakers found Facebook users are more likely to share a native Facebook video instead of linking to a YouTube clip (as was the case with British retailer John Lewis’ penguin ad). There are also rumors that Facebook is trying to lure popular YouTubers away from that video platform onto its site instead.

While that online video news is still developing, thanks to ABC, you no longer have to stray from your Facebook feed to check out moving pictures detailing what’s going on in the world. Catch new episodes of Facecast: The One Thing every weekday on the World News Tonight page.