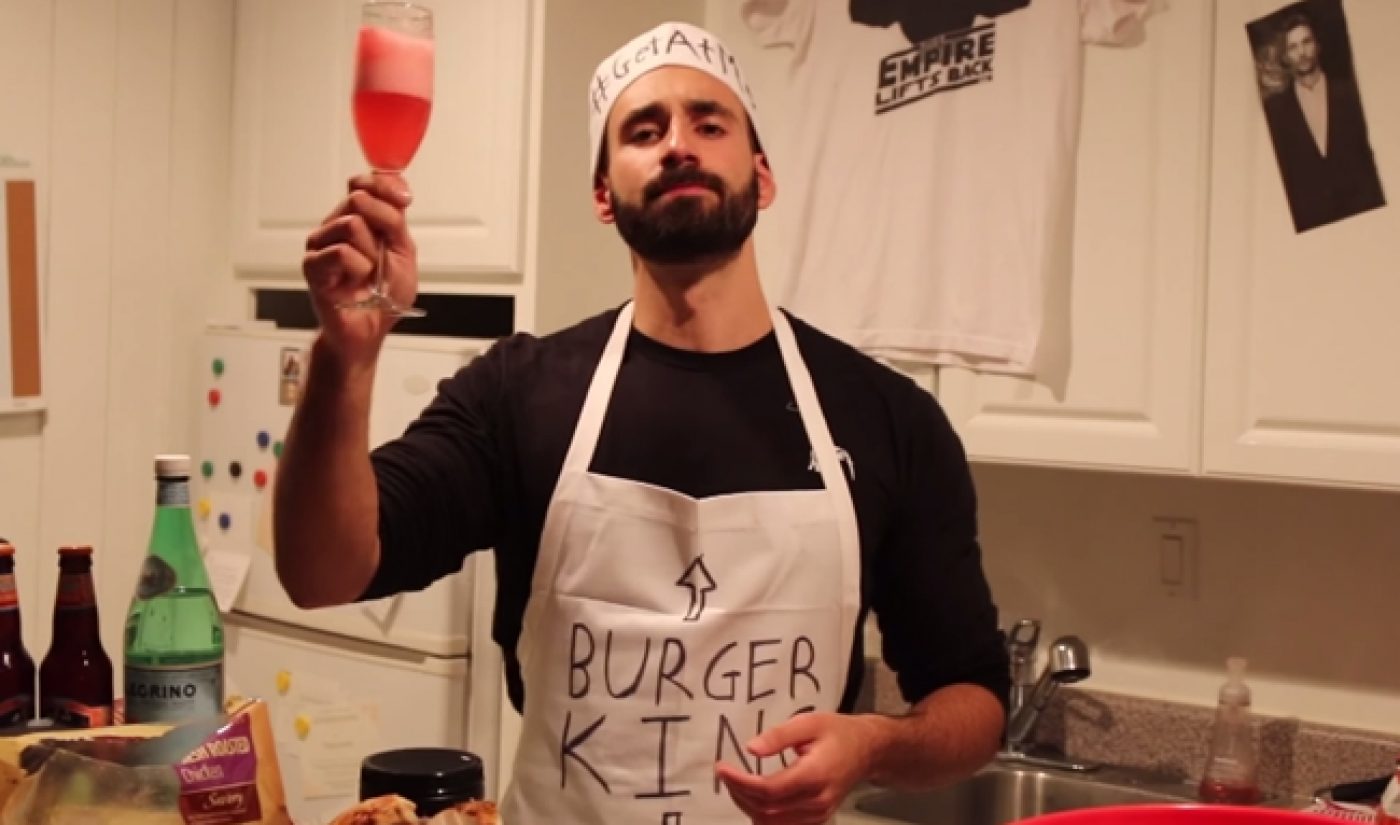 Thanksgiving has arrived, and in addition to family, football, and ungodly amounts of food, we here at Tubefilter are thankful for YouTube (I got your back, California and Delaware.) In anticipation of the US’ biggest fall holiday, YouTube creators took to their channels to create relevant videos. Here are seven that caught our eyes.

Consider this fun little animation, which brings Rogen’s experience as a misled Canadian Jew to life, as an appetizer for our countdown. It won’t fill you up, but it’s good for a chuckle or two.

6. 10 Thanksgiving Facts That Can’t Be True by CollegeHumor

During the holidays, list-based articles and videos run rampant (you’re reading one right now.) CollegeHumor has sent up those click-baiting spectacles with a video in the spirit of Tim And Eric. It’s not for everybody, but its heart is at least in the right place.

It wouldn’t be Thanksgiving on YouTube without a meaty monstrosity from Epic Meal Time. This is the holiday that first launched the Canadian super-sizers to online stardom, and in the year when they made their TV debut, they are giving thanks to their fans by assembling a meat Voltron out of several different animals.

Once you’ve had your fill of Thanksgiving Voltron (you are planning to prepare your own Voltron, right?), you’re going to have a lot of leftovers. BuzzFeed has cooked up some tasty suggestions for those extra eats in order to ensure that eating unhealthy Thanksgiving food outlasts the holiday itself. Alternatively, you could make turkey pho.

3. “All About That Baste” by The Holderness Family

Hey, it’s these guys again! We saw them last Christmas and now they’re here for Thanksgiving with a Meghan Trainor parody. The kids are still cute and the father is still pushing toward maximum levels of dorky dad. I hope the Holderness clan turns these videos into a holiday tradition.

2. All Protein Thanksgiving by BroScienceLife

For Thanksgiving, Dom Mazzetti has taken his BroScience shtick out of the gym and into the kitchen. While preparing his all-protein Thanksgiving, Dom dishes out some fascinating Turkey Day facts. I can’t believe I never knew all chickens are just baby turkeys. He also employs a few dizzying instances of logical deduction that must make Newton roll around in his grave. Deal with it, Isaac.

1. ‘Twas The Night Before Thanksgiving by Captain Morgan USA

Putting a branded video in the top spot feels a bit wrong, but Captain Morgan’s poetic remembrance of Wednesdays-before-Thanksgiving-past is too good to belong anywhere else. It’s directed by JASH, it stars Jenna Marbles as that girl you had a crush on in high school, and it features plenty of clever turns of phrase. It will leave you thankful for your hometown and may cause you to crave some rum at the same time.