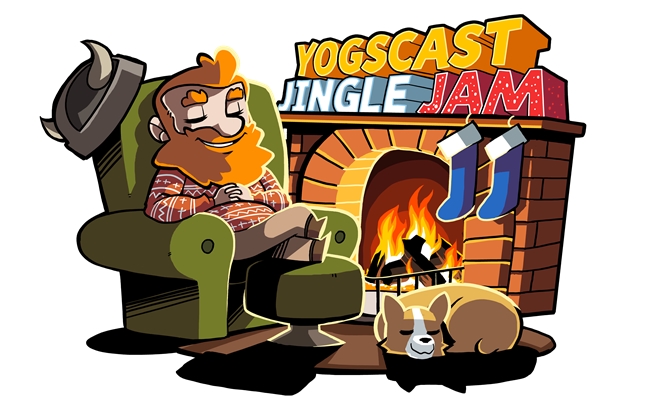 Yogscast Out To Top $1.1 Million Charity Drive With Jingle Jam

Last year, the crew of British gamers over at Yogscast raised nearly $1.1 million for charity through Jingle Jam, their annual fundraising drive. This year, on December 1st, Jingle Jam will return, and Yogscast is hoping its fans can top 2013’s record-breaking total.

Jingle Jam runs for the entirety of December, with most of the action occurring over at Yogscast’s Twitch channel. Each day, at least one member of the team will stream live in hopes of raising funds for five charities pre-selected by the Yogscast community: Mind, Doctors Without Borders/MSF, Flora & Fauna International, Special Effect, and End Polio Now.

In return for their charitable support, Yogscast has teamed up with Humble Bundle to offer its fans a collection of games; the particular entries in the bundle will be curated by the Yogscast team, who will pick out specific games featured on their YouTube channel. Yogscast already operates a store, also powered by Humble Bundle, through which fans can purchase games like 5 Nights At Freddy’s, The Walking Dead, and Alien: Isolation. All the proceeds from those sales also go toward charities.

“We were blown away by the support we had from the audience last year – both the people who tuned in to watch us every night and the amount they donated,” said Yogscast co-founder Lewis Brindley. “All we do is turn up and do silly stuff on camera – and we have lots of new fun stuff lined up for this year – it’s the people who donate who make a difference to these fantastic charities.”

The selections for the Humble Bundle will be announced when Jingle Jam launches on December 1st.