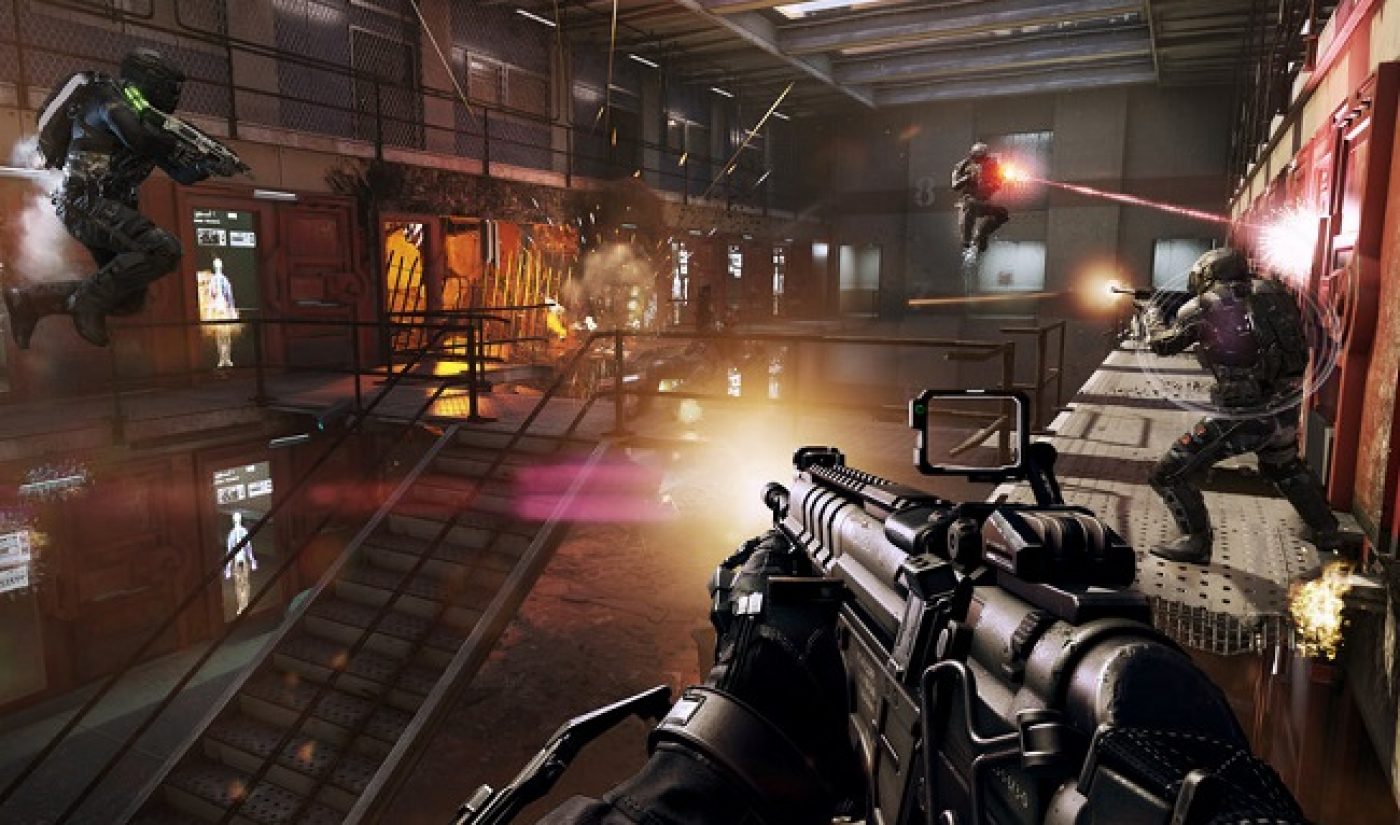 The online video masses who love poking fun of glitches in Call of Duty: Advanced Warfare will have to look harder to find these videos on YouTube. Activision, the creator of the COD game franchise’s latest installment, is issuing Takedown strikes against YouTube videos which contain game glitches.

YouTube gamers whose videos have received a copyright infringement notice aren’t too happy, and neither is the gaming community in general. Gamers and YouTube creators alike are questioning Activision’s real intent with the strikes, claiming the game developer just doesn’t want people to see the flaws in its new game and is abusing its rights.

Here’s an idea for Activision. Instead of hiring people to issue copyright strikes on footage of glitches, how about you fix the glitches?

Apparently Activision is issuing copyright strikes on channels showing glitches in CoD: AW. Is that not another abuse of the system? — Nick Reineke (@RockLeeSmile) November 21, 2014

Just got an email from Machinima warning me that AW videos showing glitches are likely to get a copyright strike. Really Activision?

However, in a statement sent to Kotaku, Activision insists it’s merely targeting videos which expose cheats and “unfair exploits”:

We’re excited that so many fans are having fun playing the game and posting videos of their gameplay. We love watching the videos ourselves. Occasionally, some folks post videos that promote cheating and unfair exploits. As always, we keep an eye out for these videos—our level of video claims hasn’t changed. We are appreciative of the community’s support in helping to ensure that everyone has the best playing experience possible.

The multi-channel network Machinima was quick to pick up on Activision’s takedown initiative. Kotaku noted how the MCN alerted its creators to the situation to help ward off any issues with its talent getting into trouble with YouTube:

Recently Machinima notified it’s network partners that posting content about Call of Duty videos may receive a strike if flagged by Activision. Machinima was prompted to take this action in order to inform its network partners so that they would remain in good standing on YouTube. When a channel receives a certain number of strikes it is possible that they may be blocked as a YouTube partner. Machinima’s actions are to protect not only its network partners, but its publisher partners as well.

Machinima’s proactive warnings are a good move on the MCN’s part. The network showed it wants to keep its creators in the loop in a very timely fashion, as well as prohibit those creators from receiving unexpected strikes that could impact their revenue-generating, posting, and other YouTube abilities. Being removed for YouTube is a large price to pay for one game glitch. As such, creators should be wary of uploading anything Activision could consider a cheat.

The warnings Machinima issued also come in stark contrast to the gaming-oriented MCN’s (and nearly every other MCN’s) response to the wave of Takedown notices that hit YouTube back in December 2013. At that time, channel partners at multi-channel networks were ill-prepared to deal with the influx of questions stemming from the changes in YouTube’s copyright policies. Machinima, like YouTube, has learned from its mistakes.