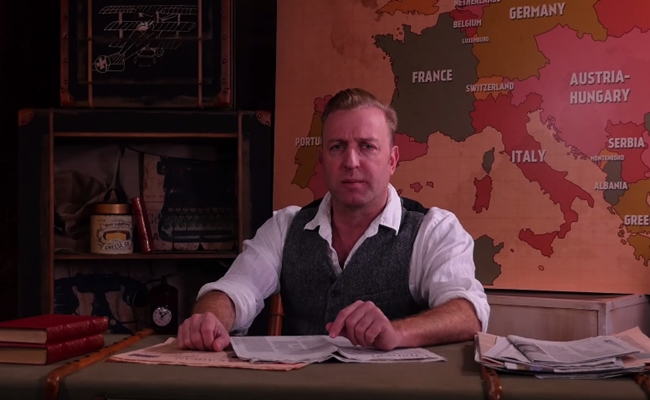 Even though it was known as the “War To End All Wars,” World War I has ultimately become overshadowed by the even bigger conflict that followed 20 years behind it. Now, 100 years after fighting broke out in Europe, a web series is looking to re-evaluate the first world war. The series is called The Great War, and it is educating viewers about World War I, all in real time.

The “real time” gimmick is central to The Great War‘s appeal. Essentially, new episodes coincide with the military actions that took place exactly a century ago. The series began on July 28th, which was exactly 100 years and one month after the assassination of Archduke Franz Ferdinand in Sarajevo.

A few months later, new episodes chronicle battles all across the continent: The Russians are defending their homeland in the final years of the Tsarist regime, the Germans are learning what happens to nations that try to invade Russia, and the Western Front has settled into the trench warfare that is ultimately remembered as emblematic of World War I.

The Great War has more going for it than a clever premise. The “real time” gimmick has already been used on a World War II-related Twitter account, but The Great War adds in a vibrant narrator (the amusingly named Indiana Neidell) and historical footage courtesy of the British Pathé. That formula has thus far produced an engaging educational series, and there’s still plenty to come–we still have almost four years until the armistice.