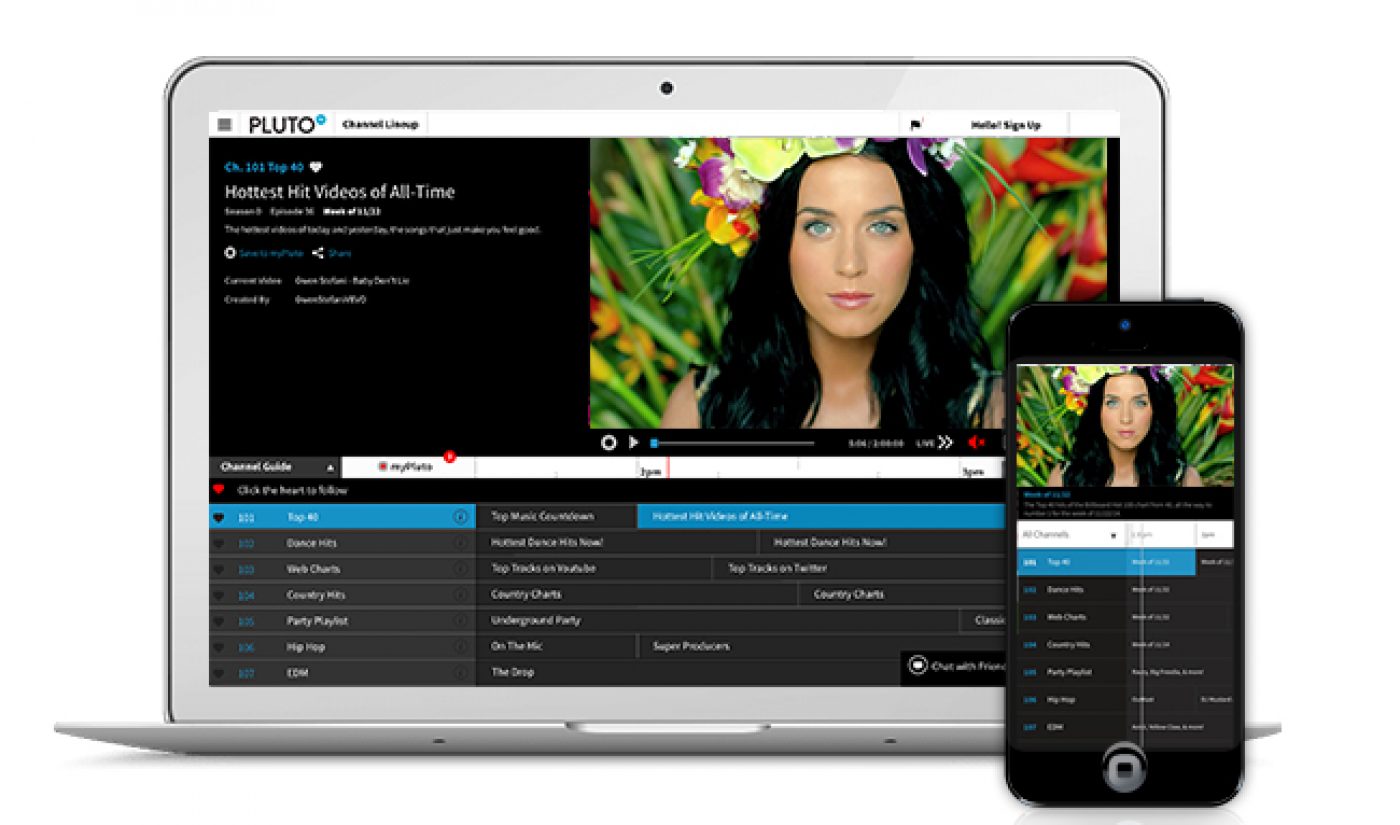 Pluto TV has only been around since March 2014, but it’s already attracting huge financial attention (in addition to some seemingly very impressive growth). The online video platform which boasts over 100 free, streaming TV channels has just closed a $13 million Series A financing round and announced several new advisors.

“Since launching in March, Pluto has had an incredible amount of momentum,” said Tom Ryan, co-founder and CEO of Pluto TV, in the release. “We’ve added many leading content partners and distributed Pluto across web, mobile and connected TVs, including the latest devices from Amazon and Google. We’re excited to have a firm of USVP’s caliber lead our round and partner with us to take the company to the next level.”

“With the explosion of premium content available on the web and consumers increasingly watching video across various devices, Pluto is poised to be the top destination for viewers looking for the best programming in one place,” said Rick Lewis in the release. “Pluto has risen as a market leader in the online video space and USVP is thrilled to be part of the next wave of the company’s growth.”

Pluto TV boasts an impressive linear, lean-back experience for its users. Viewers can choose from a wide range of channels, all the way from your typical sports and lifestyle channels like WWE, to not-so-typical selections like a Minecraft-focused channel or one full of GoPro content. Additionally, some of online videos top names (such as Funny or Die and Freddie Wong‘s RocketJump) have their own channels you can watch.

If you want to see what all these investors are excited about, head to pluto.tv to check out the site’s free HD channels available 24/7. You can view Pluto TV on the web or download the app for Windows.