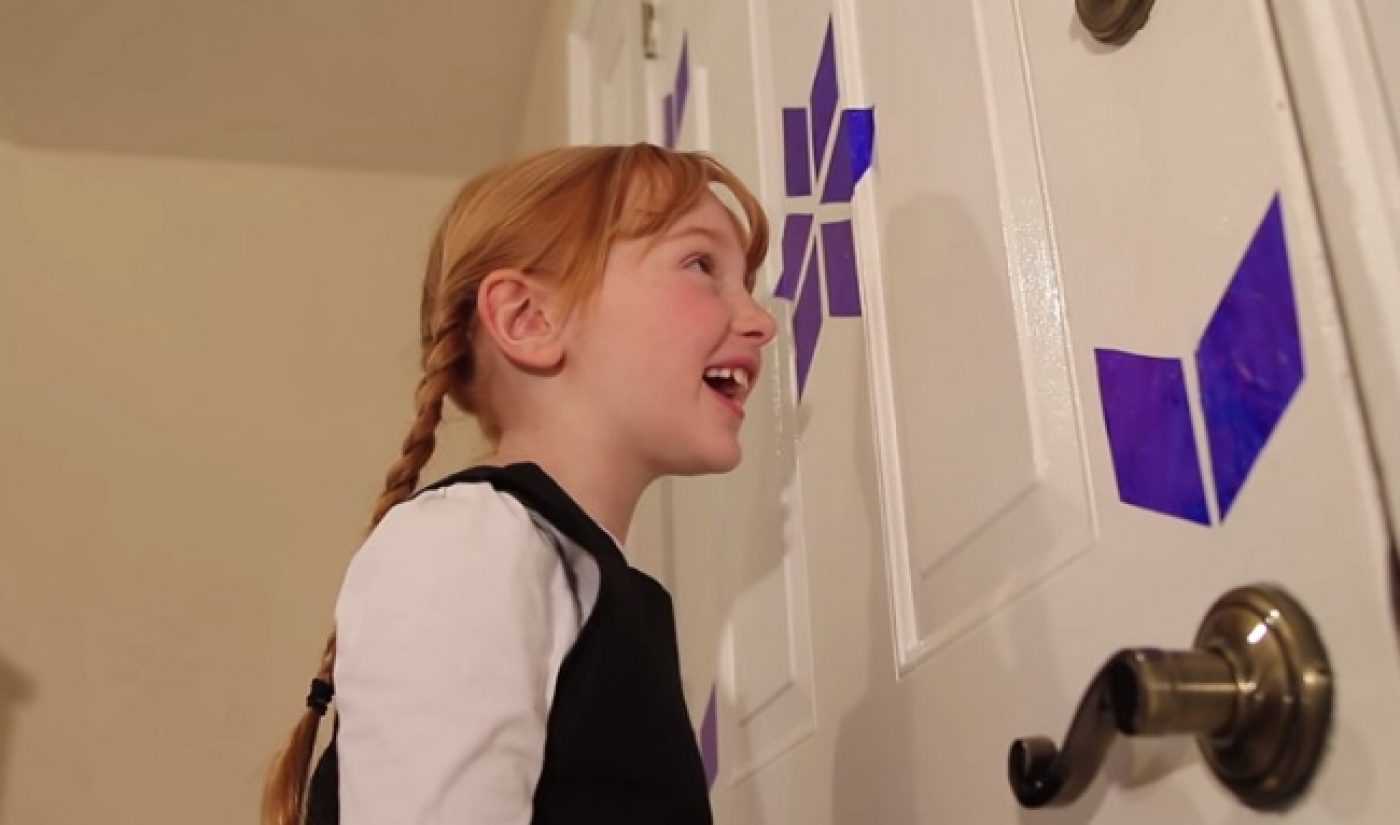 Robbie Bagley and his family have discovered the financial opportunities through making YouTube content. The Utah family earns more than $7,000 a month from their Disney-themed videos after their version of Frozen’s “Do You Want to Build a Snowman?” garnered over 86 million views on YouTube.

It all started when Robbie saw Disney’s animated hit movie based on the fairy tale The Snow Queen by Hans Christian Andersen. He told KSL news station in Utah, “I thought my sister Mia pretty much looks exactly like that Anna girl.” (Spoiler Alert: She kinda does.)

After seeing how many views his and his sister’s initial video received, Robbie realized he should probably look into monetizing his programming. A few of the Bagley children had actually started their own YouTube channel Working with Lemons while in high school back 2008, but they never had a viral hit on their hands so they never had to think about generating serious revenue, much less having to deal with copyright issues for cover songs.

“We weren’t even sure if we were going to get paid, because there are a lot of difficulties that come with copyrights,” said Robbie. “It was terrifying.” However, Bagley successfully negotiated with the Mouse House to secure the rights to make his family’s Disney-themed videos as long as he gave the international multi-media corporation a cut of the revenue.

The family now has over 200,000 subscribers on their channel and earns a pretty penny from their work. They rake in anywhere from $7,000 to $10,000 per month (and that’s even after Disney takes its cut) from an average of 18 million or so views every 30 days.

Those view counts really aren’t a surprise considering the massive popularity of Disney-themed videos on YouTube. Back in March of this year, YouTube marketing and advertising software company Pixability found videos based on Frozen’s “Let It Go” had collectively garnered over 477 million views. Similarly, one-person a cappella Disney medley videos tend to attract millions of views, as do parodies and spoofs (Paint’s “After Ever After” songs are some of the best examples around).

The Bagley family’s content and business is managed by Maker Studios’ James Koo, who said, “I think (Bagley) has the hit nail on the head with the stuff he is trying to do. It feels like a family affair — playing with your siblings, but on a more epic scale.”

Bagley’s little sister Mia, who starred in the family’s viral Frozen video, has some potential for off-YouTube fame, too. She’s twice been offered a role on Broadway as Cindy Lou Who in the How the Grinch Stole Christmas musical, but she’s turned down both offers to make videos with her family.

The Bagley’s next Disney-themed video is (of course) their rendition of “Let It Go,” set for release sometime this holiday season. Based on the popularity of the single, we’re very curious to see how much the Bagley’s video will bump up their revenue the month of its release.