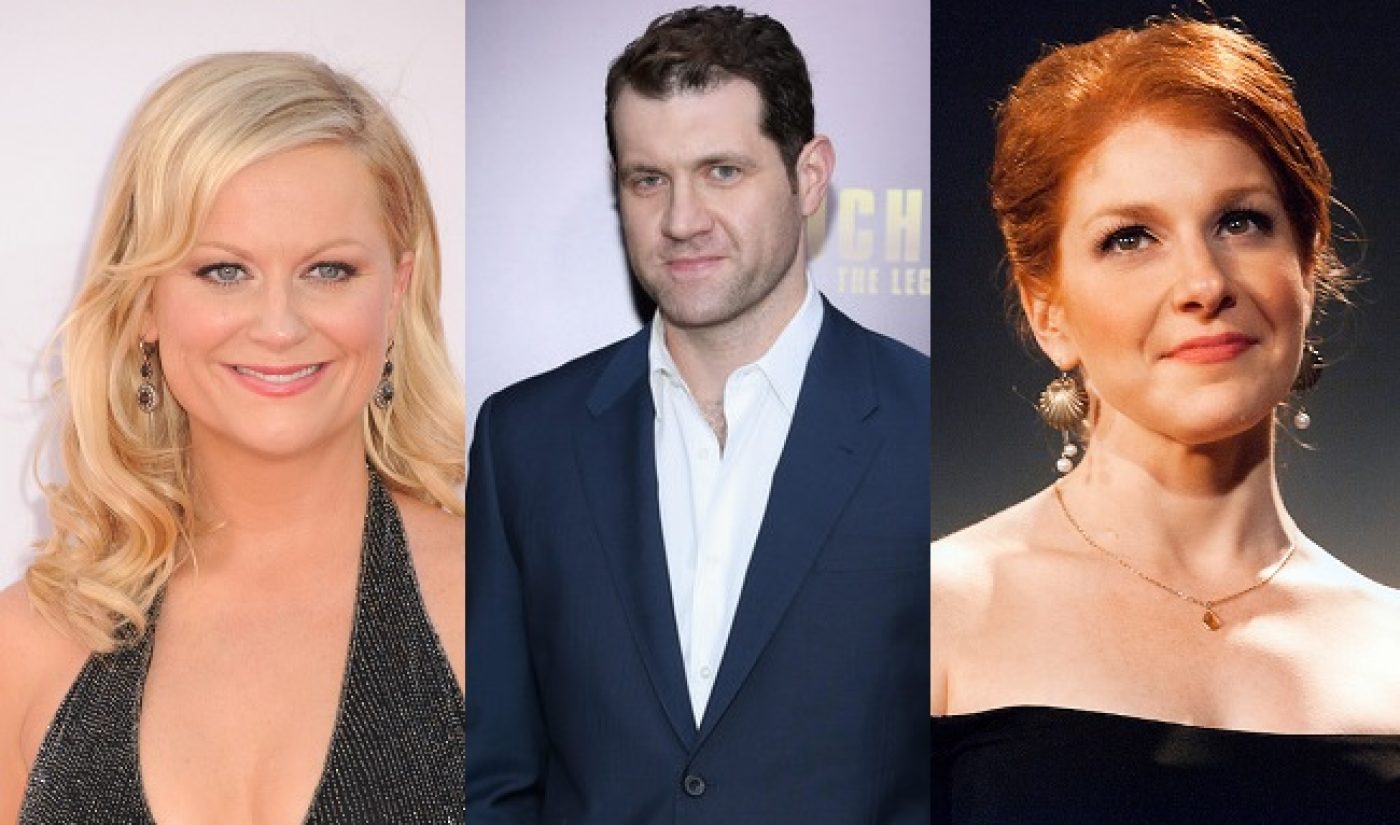 Hulu has added a new original title to its roster of programming. The streaming video-on-demand service just made a straight-to-series order for Amy Poehler’s Difficult People.

The half-hour comedy is co-created by Billy Eichner (from Funny or Die’s Fuze TV show Billy on the Street) and Julie Klausner (the head writer for Billy on the Street). The two will also star in the series as best friends from New York City who often find themselves in inconvenient situations because of their typical, disdainful attitudes.

In addition to her starring role, Klausner also wrote the show’s pilot, which was originally filmed for the USA Network. She is also playing the role of Executive Producer of Difficult People alongside Dave Becky (of Louie fame) and Poehler. The program comes from Universal Cable Productions and is the first collaboration between Hulu and the production company.

“I tend to enjoy funny people creating and starring in comedy programs,” said Poehler in the release. “And Julie and Billy are the funniest around.”

Difficult People is the latest entertainment project from the Saturday Night Live alum, who is quite a busy lady these days. Poehler also produces Comedy Central’s Broad City and produces and stars in NBC’s Parks & Recreation, which is entering its final season soon. (Eichner has appeared in previous seasons of Parks, so it’s likely he’ll return for its conclusion.) Finally, Poehler’s Smart Girls at the Party online video brand was just acquired by Legendary Entertainment.

“Amy Poehler, Billy Eichner, and Julie Klausner are a dream team of comedic possibilities,” said Craig Erwich, Senior VP and Head of Content at Hulu, in the release. “We look forward to bringing this hilarious view of the world to Hulu with our partners at Universal Cable Productions.”