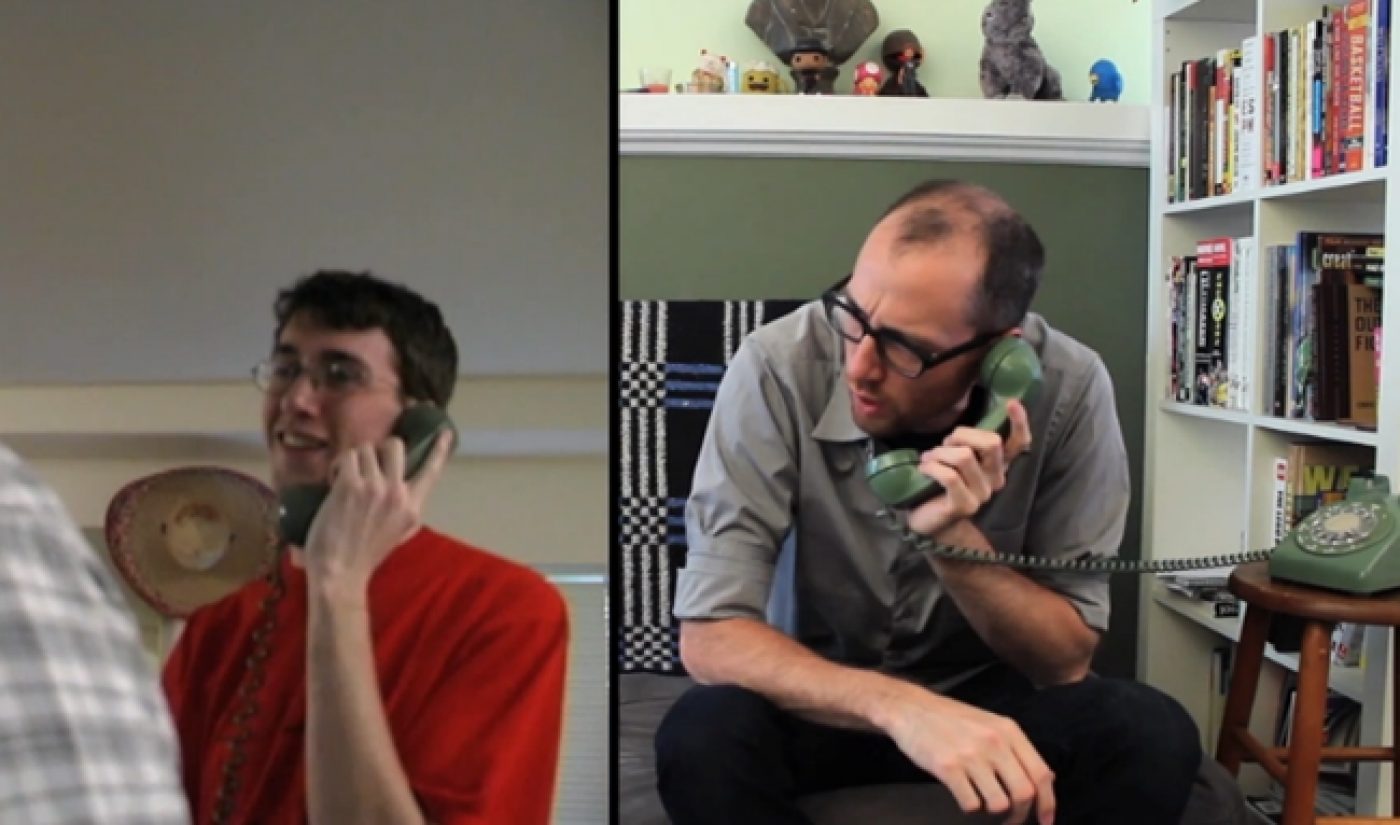 Boyhood, which was shot over an 11-year period, has been one of the buzziest movies of 2014; however, Richard Linklater isn’t the only person spreading his work out across a decade-plus. Magic Phone, created by Curtis Retherford and Adam Dorsey, is a comedy web series that began in 2002 and was finished this year.

Magic Phone‘spremise explains why it took so long to film. Retherford plays Ron, a man who possesses a magic phone that can call anyone from the past or future. Instead of using it to, say, warn the world about Hitler, he engages in pithy back-and-forth dialogues with his past self. It’s basically the same concept as this video, spread out across seven short episodes.

Magic Phone is most appealing as a piece of experimental fiction, but its jokes are pretty good, too. As you might imagine, Ron and Young Ron discuss typical time-travel subjects like temporal paradoxes and stealing ideas from popular TV shows before they air. In an episode about going bald, Ron calls his younger self “the John Connor of my hair.”

Beyond all the one-liners, Magic Phone has a nice underlying moral for its viewers: Make use of your time here. If you fulfill yourself in your 20s, you’ll be happier in your 30s, and you can also build a fun web series along the way.