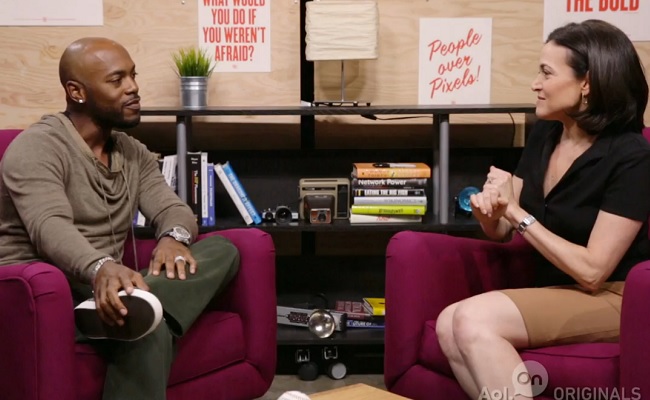 Sports and business have always been closely related industries, but now they’re getting even closer in AOL’s newest original series. Win/Win debuted its first five episodes on November 7, 2014, on AOL On.

Win/Win pairs some of the top athletes in the world with powerful business executives, so they can have authentic, enjoyable discussions about their struggles and wins in each of their industries (and maybe do something fun and offbeat together before they part ways). In the debut episode of the series, Major League Baseball All-Star Jimmy Rollins of the Philadelphia Phillies and Facebook COO Sheryl Sandberg talk about the state of paternity leave in modern businesses and organizations, as well as whether or not Rollins is a feminist. The two end their day by completing the ALS Ice Bucket challenge.

Mike Tollin and Jon Weinbach executive produce Win/Win for Mandalay Sports Media. You can watch all five episodes of Win/Win on AOL On.