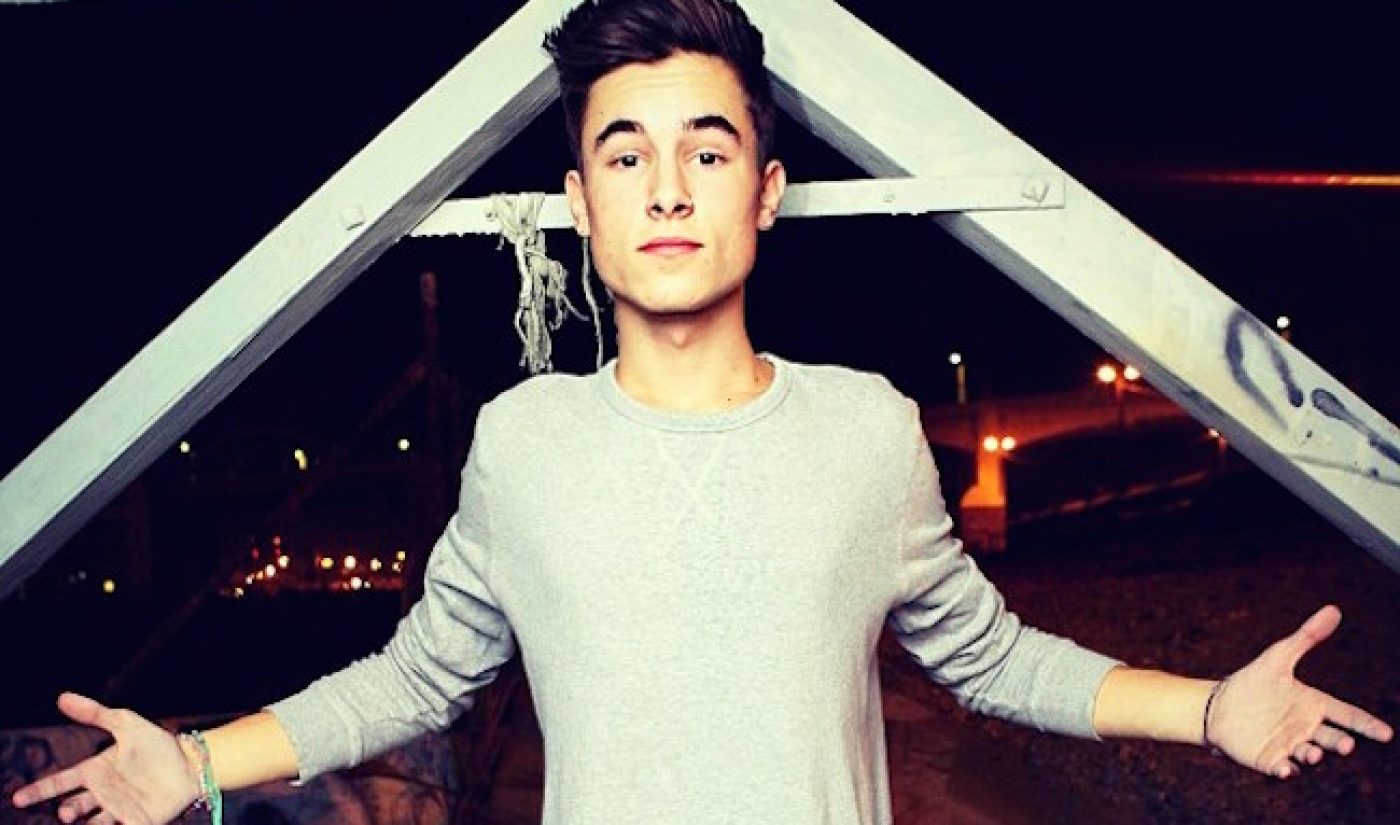 The direct-to-download feature film about twentysomething besties at summer camp starring online video sensations Hannah Hart, Mamrie Hart, and Grace Helbig was made available for purchase via VHX and iTunes starting on February 14, 2014. Less than one week later, it was holding steady in the #3 spot on iTunes Top Independent Movies chart (alongside Oscar nominees like Dallas Buyer’s Club and 12 Years a Slave) thanks to the nearly insatiable appetite for content of the online video and social media followings of the flick’s three female leads. Camp Takota producer Michael Goldfine of Rockstream Studios (and now Fullscreen) and co-Executive Producers Brian Norgard and Marc Hustvedt of Chill (the pay-to-view online video destination through which the movie was originally set to be released before it closed up shop) placed a relatively risky bet that the aggregate audience of these YouTube stars would consume the stars’ content on other platforms. It paid off. And Goldfine isn’t the only one of the individuals involved with and instrumental to the film’s success who is doubling down on the idea.

Hustvedt (who has been working with YouTube stars like The Fine Bros. on branded deals by way of Reach Entertainment since leaving Chill) has teamed up with online video veteran Max Benator (who manages prominent and burgeoning YouTube stars like The Fine Bros.) to form SUPERGRAVITY Pictures, a “full-fledged feature film studio set up to finance, produce, market and distribute three to five full-length features and premium long-form specials” per year.

“The internet has fundamentally changed the film business, particularly around distribution,” said Hustvedt in the release. “We are building an entirely new kind of studio that will break more than a few of these old rules, putting audience above all else.”

The first flick announced of their upcoming slate is a thriller. The Chosen is currently in production in Los Angeles and will star O2L’s Kian Lawley (who has nearly three million YouTube subscribers across his two channels, more than 1.7 million Twitter followers, and recently went missing as part of a marketing campaign for the  horror film Ouija), Elizabeth Keener (of Showtime’s The L Word fame) and Dayna Devon (of Extra and TLC’s Plastic Wives). The film is also being made in partnership with Terror Films, and Terror’s Joe Dain, Jim Klock, and Miles Fineburg are on board as Producers. Hustvedt and Benator are both Executive Producers, along with Peter Schafer, while Ben Jehoshua is taking on the directorial duties with an original screenplay by Barry Jay Stich.

Similar to the marketing strategy Hustvedt successfully employed with Camp Takota, fans can register today for “exclusive access inside the making of the movie,” including “clips and updates from the cast, advanced access to special Insider’s theater tickets, discounts on official merchandise and more” at TheChosenMovie.co. Those fans who register as “Chosen Insiders” will also undoubtedly be notified with information on when and where they can purchase the final film (in addition to a bunch of branded merchandise) once it’s on sale.

But from where on the internet The Chosen will be sold hasn’t yet been decided. Supergravity notes the distribution of its finished products “will leverage all platforms with the focus directed toward where audiences consume entertainment rather than relying on traditional windowing.” That’s just vague enough to leave the company open to sell the films through iTunes, YouTube, VHX, Vimeo, Fullscreen, Vessel, or any combination of advertiser-supported, subscription-based, or pay-to-view premium online video destinations.

And then, of course, there is the possibilty of movie theaters.

“Audiences today are connected directly to their favorite stars and their entertainment portal is always at their fingertips,” noted Benator in the release. “We’re using the internet to scientifically identify our audience and make our product directly available to them, which includes the theatrical experience as well.”

American Entertainment Investors has structured the financing for Supergravity’s first film slate. The company presumably has the cash already in place for its first handful of productions. Expect to hear a lot more news from the new online video initiative in the days, weeks, and months to come.

Full Disclosure: Marc Hustvedt is one of the founders of Tubefilter. He’s also a great guy.