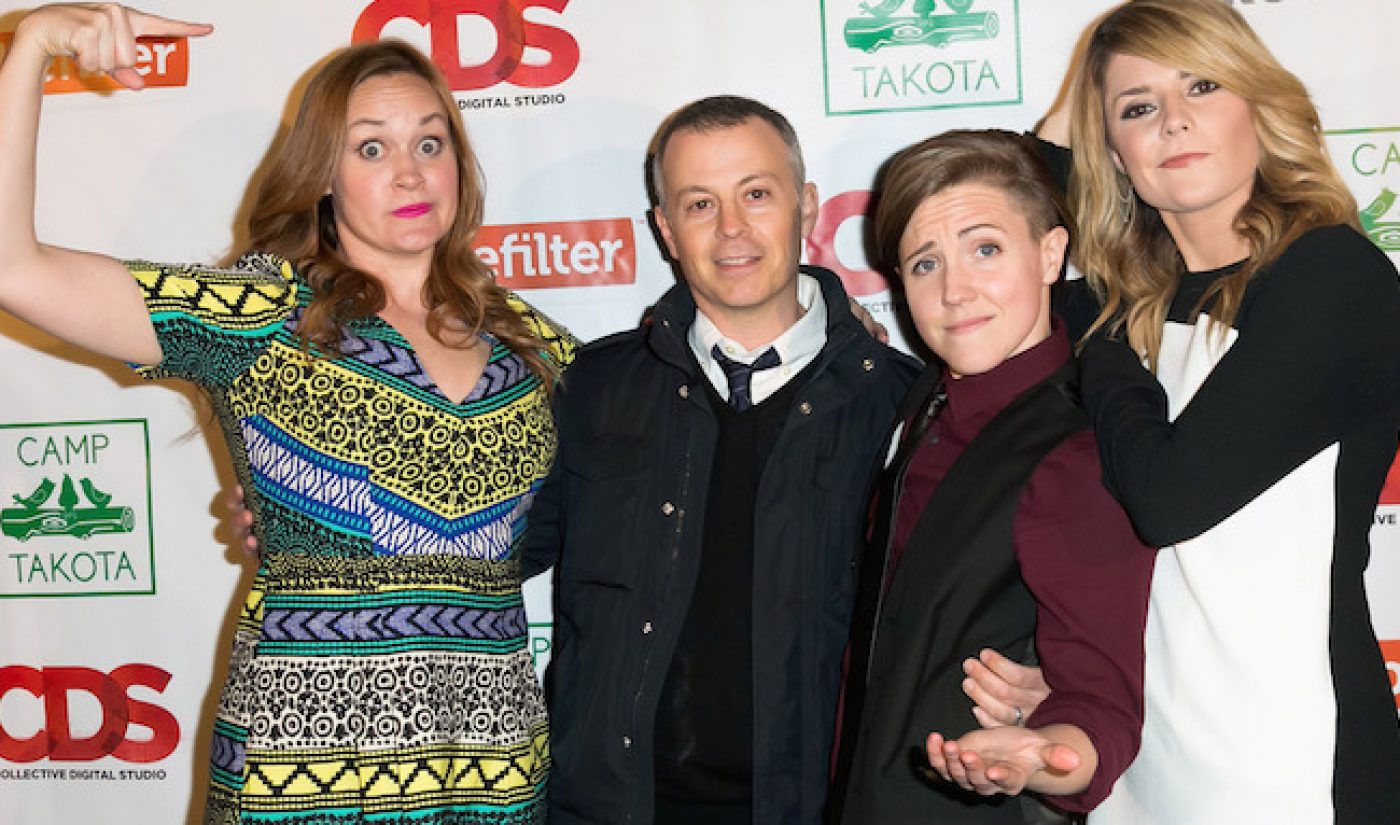 The man who helped a trio of YouTube content creators star in their own movie has moved to a major multi-channel network. Michael Goldfine, best known in online video circles as the producer of Camp Takota, will join Fullscreen as its Chief Content Officer.

Goldfine’s work on Camp Takota was significant because the project marked the most prominent example of a film built on the appeal of YouTube stars and distributed independently through video on demand (VOD) services. Camp Takota, produced by RockStream Studios, starred Grace Helbig, Hannah Hart, and Mamrie Hart as a trio of friends who reunite at their old summer camp. Shortly after its release, it became one of the best-selling independent films on iTunes.

At Fullscreen, Goldfine’s work will “focus on overseeing the development and production of premium scripted and unscripted content,” which will likely include more film projects. Fullscreen, which recently sold a controlling stake to The Chernin Group and AT&T’s Otter Media venture, is believed to be building its own streaming VOD service. Premium offerings (like films with big name YouTube stars) would perfectly fit into the subscription-based model the platform will reportedly use.

By moving to Fullscreen, Goldfine will also get the chance to reunite with several creators he has previously worked with in the past. Grace Helbig, one of the Camp Takota stars, has expressed interest in making more feature films, and she is a Fullscreen partner. So is Our2ndLife (O2L), the supergroup of YouTube stars whose nationwide tour Goldfine cataloged as part of an upcoming documentary.

“Michael brings years of production experience, a contagious entrepreneurial spirit and a unique understanding of digital talent to Fullscreen,” said George Strompolos, Fullscreen’s Founder and CEO, in the release. “We are thrilled to join forces with someone as passionate about the future of entertainment as we are.”