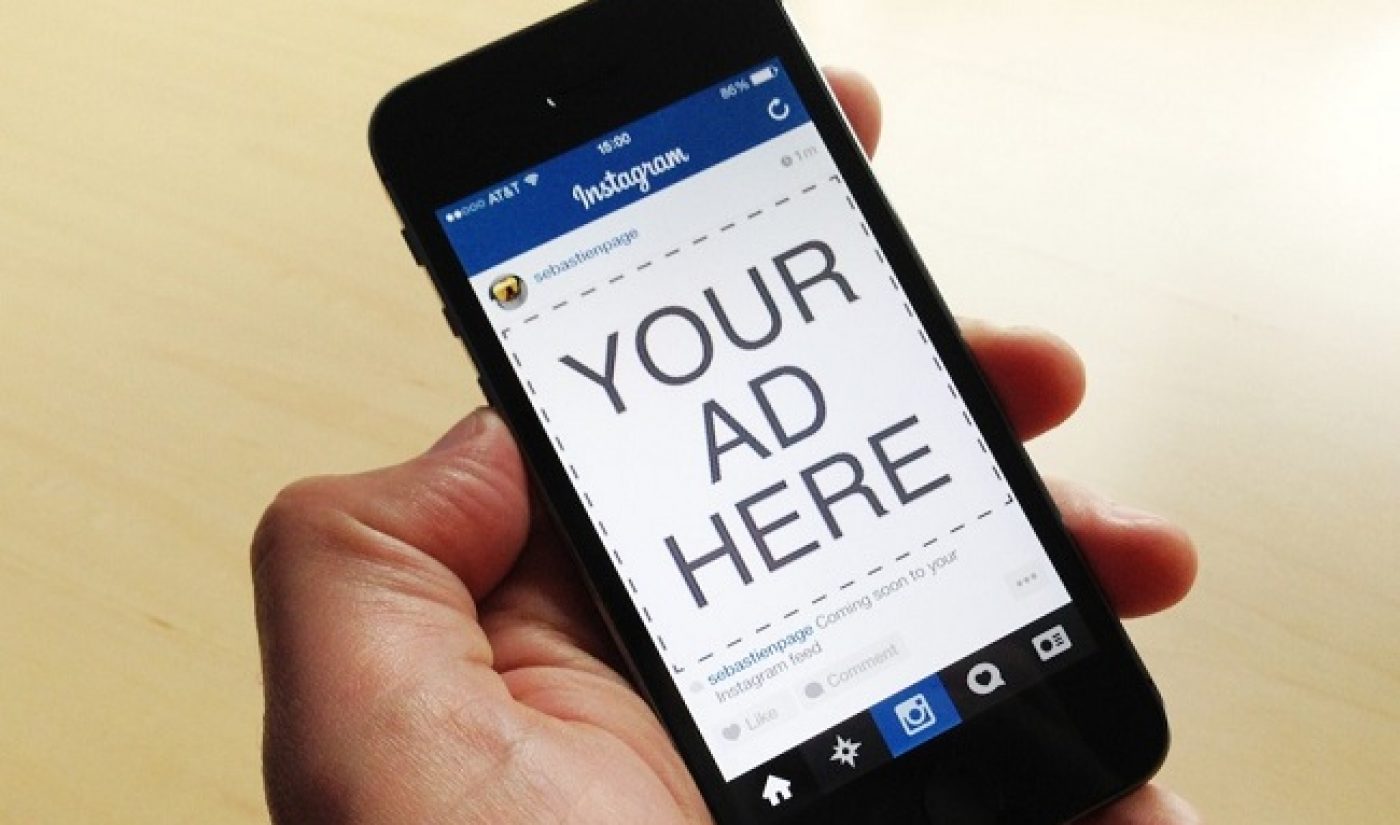 Instagram didn’t want to be left out of the video ad crowd. The company purchased by Facebook in 2012 for a cool $1 billion snagged its first round of video advertisers, including Disney, the CW, and Activision.

Each of the companies noted above created its 15-second auto-play video ad specifically for Instagram, tailoring the content to play well with the photo and video application’s strengths and its users’ habits. Disney’s ads for Big Hero 6 are appropriately compiled of selfies taken by the film’s main characters. The CW has no problem with the 15-second limit as it allows the media company to tease the faster-than-lightning superhero from its show The Flash. Finally, Activision is using Instagram video ads to show snippets from its live-action Call of Duty: Advanced Warfare ad starring Taylor Kitsch.

Allowing video ads only makes sense for Instagram, as its parent company Facebook has been testing its own auto-play ads in anticipation of advertisers running spots for the upcoming Black Friday and holiday seasons. Plus, Instagram introduced its video capture feature to users back in 2013. It’s about time the company let advertisers take advantage of the moving picture opportunity.

And while photo-sharing and social-networking service has reportedly been testing autoplay ads for six months, Instagram has now become one of several digital platforms to recently sell video ads to interested marketers. Tumblr, for instance, just sold its first video ads to Universal, Hulu, and the CW in a beta test of the service. Additionally, Universal purchased Snapchat‘s first video ad to promote the film company’s newest horror flick Ouija.

We’ll have to see which digital company decides to sell video ad “space” next.