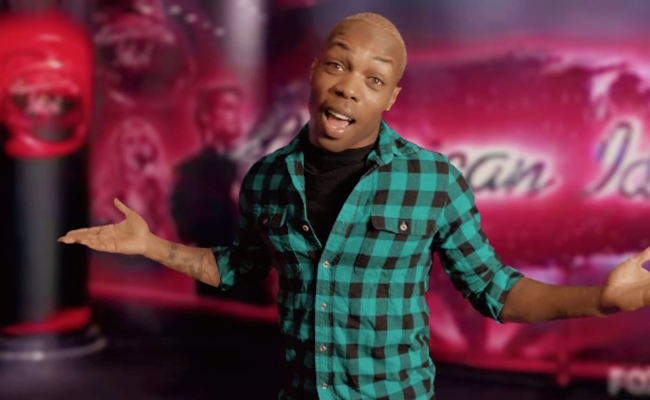 Todrick Hall Gets His Own TV Show On MTV

Todrick Hall has made a name for himself online, where his elaborate musical creations regularly draw millions of views. Hall’s videos are like nothing else on YouTube, and he has now been given an opportunity to go behind-the-scenes with a new TV program. Hall is the star of Todrick, an upcoming MTV series that will look at the creative process behind his intricately choreographed music videos.

Hall’s YouTube channel brings a hip-hop sensibility to classic musical numbers from the stage and screen. His videos are led by ensemble casts, who often portray parody versions of pop culture figures or well-known fictional characters. For example, one of Hall’s most recent videos imagines what would happen if pop stars like Beyonce, Nicki Minaj, and Rihanna sang and danced the “Cell Block Tango” from Chicago.

In Todrick, Hall will give viewer a look inside these videos and will explain the creative process behind them. He announced the series on his YouTube channel, where he posted a reworked version of the Fresh Prince of Bel Air theme song. Instead of talking about Will Smith’s journey from West Philadelphia to the LA suburbs, Hall’s version breaks down his own journey from YouTube to TV (and includes a dig at Simon Cowell, who was Hall’s biggest critic during season nine of American Idol back in 2010).

One of Todrick‘s producers is Scooter Braun, who has managed Hall since 2013. “We’re excited to bring Todrick’s tenacious energy and multi-dimensional talent to MTV for his first-ever series,” said Susanne Daniels, MTV’s President of Programming.

Todrick‘s first season will run for eight episodes. It is set to arrive sometime in 2015.