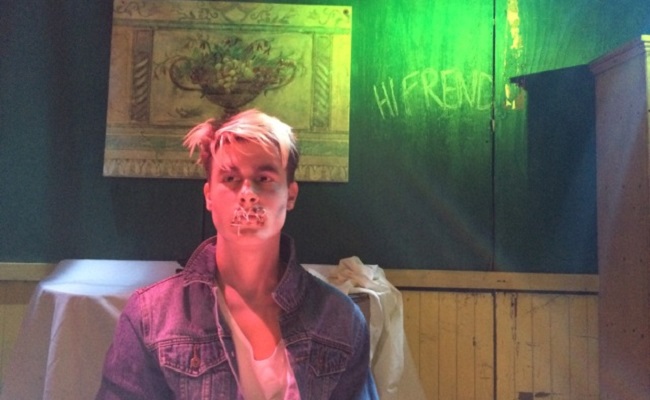 Kian Lawley (known as part of YouTube supergroup Our Second Life – aka O2L – and superkian13 to the online video masses) recently took part in a pretty terrifying, yet unforgettable marketing stunt. The Fullscreen star disappeared off all social media for five days to promote the upcoming Universal horror film Ouija (which is certainly a tough feat for a 19-year-old social media star in this entertainment landscape).

On October 5, 2014, a video titled “KIANS MISSING” (with over 1.8 million views to date) was posted to Lawley’s YouTube channel at its 2+ million subscribers. It begins with the on-screen words “Kian Lawley went missing during the filming of this video,” and asks viewers to use the hashtag #OuijaWhereIsKian if they know anything about Lawley’s whereabouts. The video then proceeds to show “found footage” of Lawley hanging out with friends (among them other O2L members Ricky Dillon and Jc Caylen) and playing with a Ouija board. At the end of the night, Lawley recaps his day in front of his computer when he is dragged out of the room by an unseen force.

For the next several days, Lawley wasn’t active on his YouTube channel and/or other social media outlets until he tweeted “Hi Friend… #Ouija” on October 8, 2014. Dillon and Caylen held a seance which revealed Lawley was in Chicago. Together, the two tracked him down to a haunted house, where they all hung out with over 600 fans at a promotional event for Universal’s Ouija movie, which hits theatres on October 24, 2014 (and is doing a lot of digital media marketing before its debut).

The entire marketing stunt was orchestrated by Fullscreen and Universal and (according to reps from Fullscreen) successfully generated over 17.3 million hashtag impressions for #OuijaWhereIsKian. While some marketing campaigns can scare the crap out of people, at least this unsettling story had a happy ending.