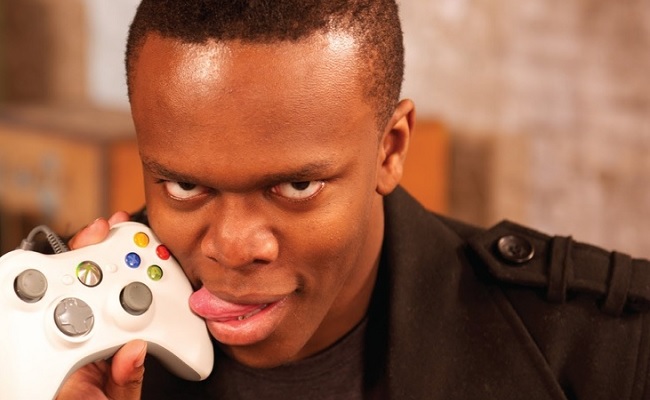 Olajide Olatunji (otherwise known as KSI to his aggregate 10 million YouTube subscribers across his two channels) is an online video gamer and bonafide celebrity (especially in the UK, where he’s already been roasted by Comedy Central). And the 21-year-old is also now the latest gaming personality to join the ranks growing roster of talent live streaming on MLG.tv.

The premium video streaming platform “built to showcase the best in gaming and eSports” tapped Olatunju for his massive fan base (built with very funny and witty FIFA commentary) and will help him facilitate the live streaming of FIFA and other gaming sessions to this enormous group of followers.

“KSI is the latest example of the growing list of premier gaming talent coming to MLG.tv,” said Rishi Chadha, MLG Senior Director Content Partnerships, in the release. “With the expanding list of perks for streaming partners and wide array of premium content for viewers, MLG.tv continues to solidify its position as the premium video platform and one of the leading digital networks worldwide.”

The UK gamer joins over 180 other YouTubers and stars using MLG.tv’s gaming and eSports-focused streaming platform, including PewDiePie, Call of Duty’s Scumpii, and the OpTic Gaming group. MLG.tv seems to be particular invested in bringing over high-profile gamers to its site as it continues to try to build esteem within the gaming community and make inroads on the market share of its competitors.

KSI will start streaming in the coming weeks on his dedicated channel mlg.tv/KSI. You can follow MLG on Twitter to be informed of his streaming schedule as it’s released. And in non-live streaming gamer news, KSI recently partnered with Endemol Beyond for a game-related series called RULE’M SPORTS, where he gets off the couch to learn some sports IRL.