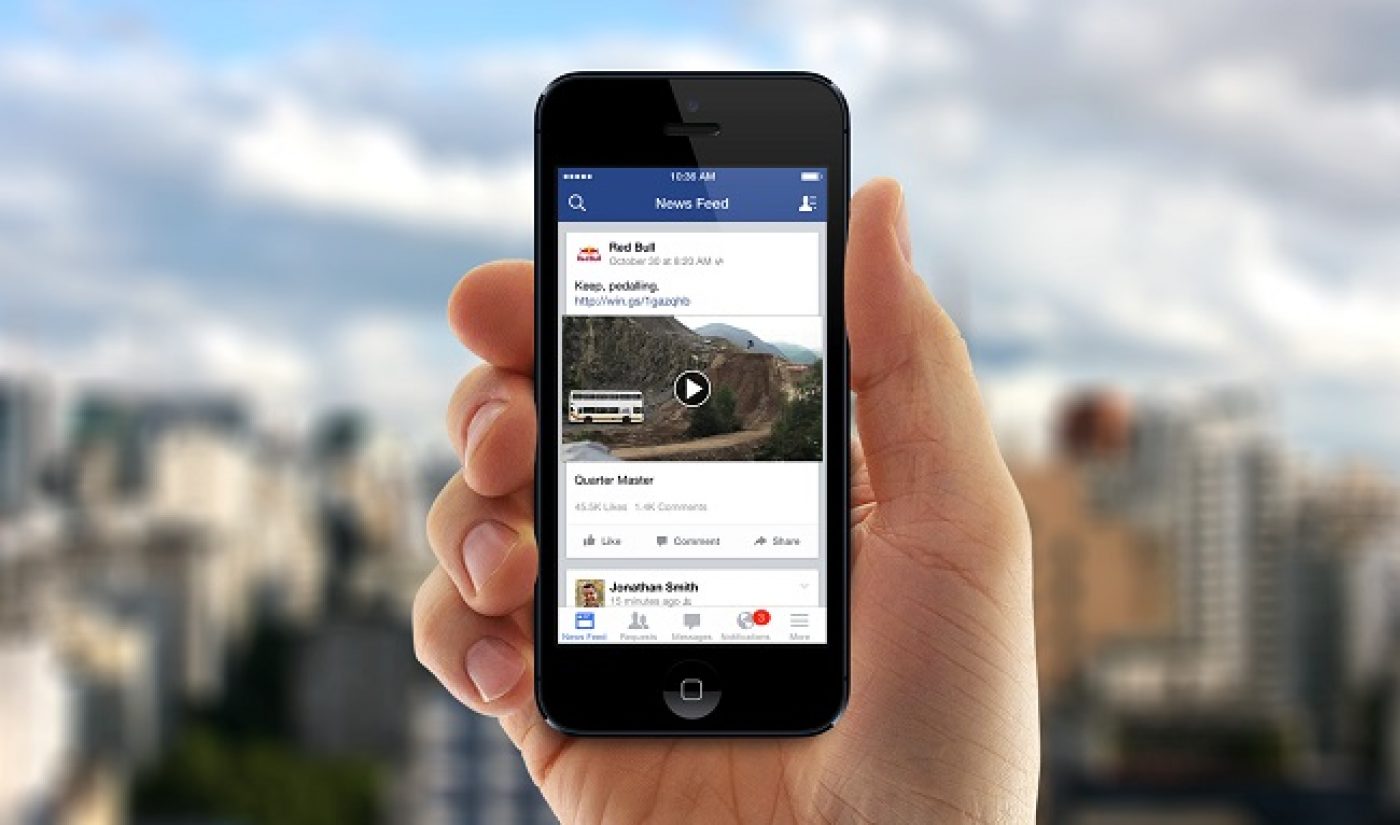 When a leaked pitch deck from 2013 revealed Facebook’s plans to break into video, it signaled the social media giant’s attempt to compete with YouTube. Now, a new report from Socialbakers claims Facebook is gaining ground on its online video rival, as natively-uploaded Facebook videos drive more interaction and are shared more often than YouTube videos simply shared on Facebook.

Socialbakers’s report pulled in stats from over 180,000 Facebook video posts and 20,000 Facebook pages of major brands and celebrities. The social media marketing company analyzed all the numbers to find that over the last year, marketers are uploading videos directly to Facebook more often than they are linking to YouTube videos via Facebook, with a 50% spike from May to July. Additionally, Socialbakers found the the share of interactions from these videos increased on Facebook videos but decreased on shared YouTube videos  (Mashable noted Facebook videos get around 70% more engagement than those linked to from Google’s video site). “This is a big deal for YouTube,” said Jan Rezab, CEO and cofounder of Socialbakers, to Mashable. “They could lose a big percent of their distribution. This means users will stay on Facebook instead of leaving.”

While the report seems to confirm Facebook’s victory over YouTube in terms of shares and interaction, there are two main problems with Socialbaker’s report. First of all, the terms “interaction” and “engagement” aren’t defined within the context of the report. Are these engagements mostly negative or positive? Did these interactions actually led to more revenue and sales for the marketers who were studied, or did they not convert any better than shared YouTube videos? Do Socialbaker’s standings still hold true with all the other videos and pages they didn’t study? These types of questions lack clear answers within the Socialbaker report.

And this leads to the second problem. The social marketing company’s report directly contrasts the findings about YouTube vs. Facebook engagement from another analysis completed this year. In May 2014, online video advertising expert Brendan Gahan revealed YouTube videos are actually 20 times more engaging than Facebook videos. Gahan draws this conclusion based on the idea that because Facebook requires companies to pay for promoted posts, most company pages only reach 6% of their audience organically. The Socialbaker report doesn’t mention whether or not the videos and companies it studied involved paid promotion (which would obviously skew the findings in favor of brands who can afford the advertising dollars).

Overall, more research needs to be done and more time needs to pass before the online video industry can definitively say whether or not Facebook will win over YouTube (and what that even means in the first place).