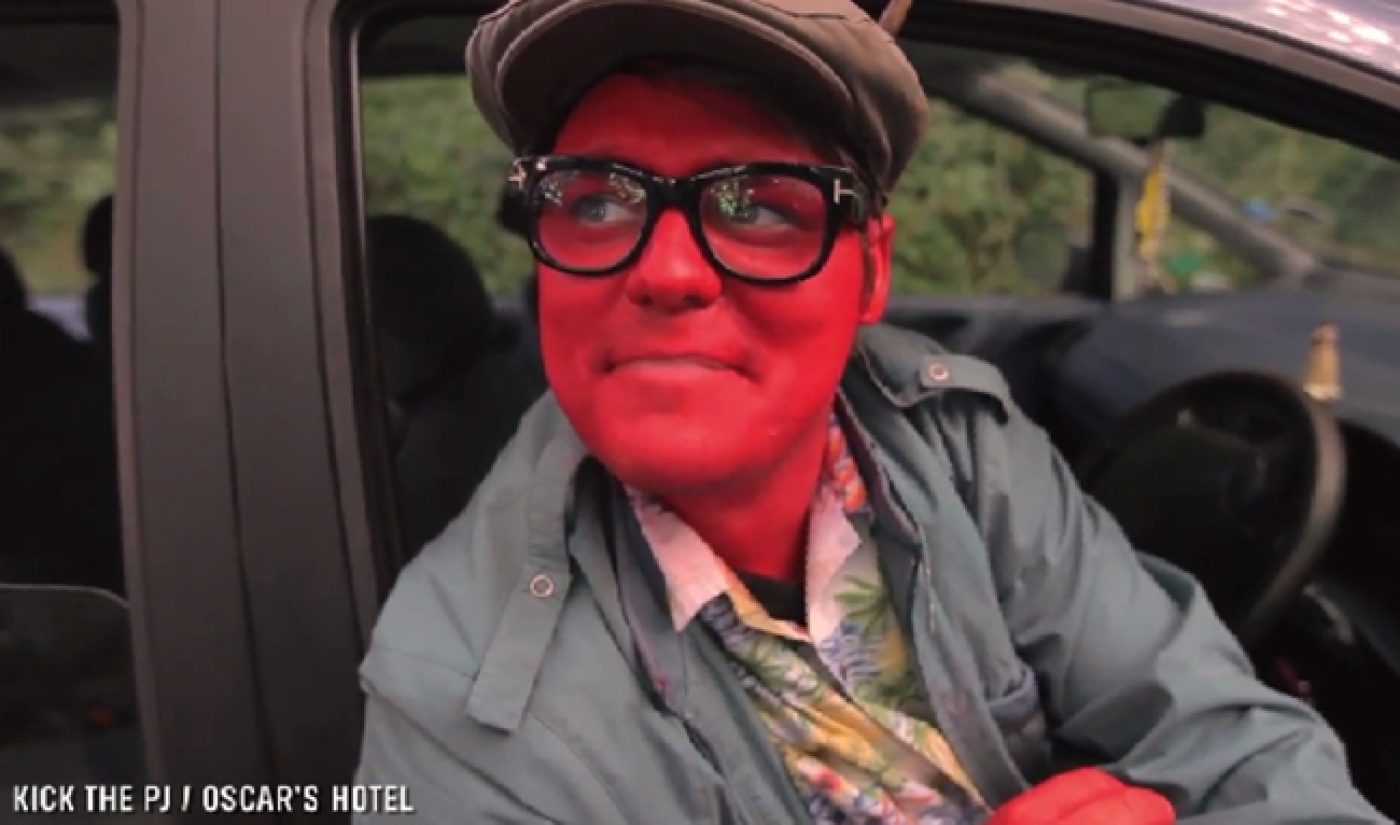 In April 2014, Ron Howard and Brian Grazer teamed with Discovery Communications to form New Form Digital, a digital studio with a keen interest in YouTube. Two months later, the New Form team began working with YouTube filmmakers on a collection of shorts based around the theme of “curiosity.” Now, those shorts–collectively termed the Incubator series–have arrived in their entirety.

The “curious” theme is very broad, and the 14 films included in the Incubator series cover a wide range of topics, tones, and filmmaking styles. Some of them come from YouTube filmmakers like Anna Akana and Sawyer Hartman, others are led by comedy channels like 5 Second Films and POYKPAC, and a few more come from established vloggers like Joey Graceffa and  Craig “Wheezy Waiter” Benzine. The genres on display range from science fiction to romantic comedy to coming-of-age stories.

One of the few constants between the 14 short films is YouTuber Mitchell Davis. Davis took time off from his YouTube channel to work with New Form on the Incubator series, and he has a small role in each film. He has collected his contributions in a video on his channel, where he arranges his roles into a short sizzle reel.

As a report in The Hollywood Reporter explains, the Incubator series is an exploration of video ideas outside of standard YouTube models. Each short film acts as a pilot of sorts, and New Form hopes to turn each one into its own fully-fledged series. “These are 14 distinct, interesting worlds to explore,” said New Form Chief Content Officer Kathleen Grace, a former YouTube employee. “While we’re focused on bringing audiences to these shorts, we’re also thinking about what’s next and how we continue to work with these filmmakers and turn these projects into series.”

In a release, Grace noted that this is only the “first round” of the Incubator series, hinting at more short films in the future. For now, viewers get to enjoy the first 14 efforts, which have been arranged in a playlist on Davis’ channel.

Here are short blurbs about all 14 of the films:

Delve into the world of the bizarre and highly dedicated employees of The Weekly Gazette, a newspaper-turned-blog that specializes in stories of the paranormal, supernatural and just plain weird. The Front Page is a comedy short produced by 5 Second Films.

Set one thousand years in the future, Miss Earth chronicles beauty queen Victoria Young as she competes for the fate of our planet in Galactic’s depopulation pageant. Starring & produced by Anna Akana.

Killed the Cat is a surreal, indie coming of age film about three escapee teenage mental patients out in the wild and trying to cope with life outside the walls of the hospital, by filmmaker Bertie Gilbert.

From filmmakers, The Brothers Riedell, The Rose Window follows a young couple who decide to try out a controversial technology that allows them to see into their future, what they see will change their relationship forever.

Fine Tuned is a coming of age comedy that follows, Linus, a computer programmer and Reid, the emo rocker next door, as they team up to create a hit love song and put technology and old fashioned song writing to the test while trying to win the love of the girl from filmmaker Craig Benzie aka WheezyWaiter.

From Filmmaker Joe Penna aka MysteryGuitarMan, Instant Getaway is a story about a man running away from a Mexican cartel, who uses a new teleportation device to get into the United States, only to get accused of a murder he didn’t commit.

Ethereal is a sci-fi coming of age series set in a futuristic world where virtual reality immersion has been outlawed and banned, but best friends Zane and Asher find a way in. Starring and produced by Joey Graceffa.

The Grey Road is set in a post-apocalyptic world, where Zombies have ruled the night for well over a decade and where people’s souls are believed to have fallen into “the void” Best friends Chance and Dallas, are on a journey to find a way into “the void” to save the lives of the ones they love. Starring and produced by Meghan Camarena.

From the surreal and fantastical mind of filmmaker PJ Liguori aka KickthePJ come Oscar’s Hotel. Oliver has been made the new proprietor of Oscar’s Hotel for mythical creatures and must ban together with the finest guests in the hotel to evict a troublesome beast.

Mr. Student Body President: When the new principal threatens to dissolve the student government, Tyler, the seemingly upstanding student body president begins to release his true colors and his willingness to stop at nothing to maintain power.  Produced by POYKPAC.

Parallax:  One morning a meteor strikes the earth and leaves the world ablaze. 17 years later, Jonathan has devoted his life to predicting when the next wave of meteorites will hit the earth except nobody believes him until it’s too late. Produced by Sawyer Hartman.

From filmmaker Tim Hautekiet, Bad Burglars is a comedy that follows a trio of loveable yet dysfunctional burglars that are ridiculed by the media and not taken seriously by their peers, as they attempt to build a name for themselves through various failed robbery attempts.

The Fourth Door is an interactive cinematic exploration of death and the events that haunt our lives from filmmaker Tony E. Valenzuela and BlackboxTV

I Ship it is a coming of age romantic comedy about Zoe and Charlie, wizard rock fans and musicians, whose friendship turns into something much more when they are both dumped by their long time partners. Produced by Yulin Kuang.