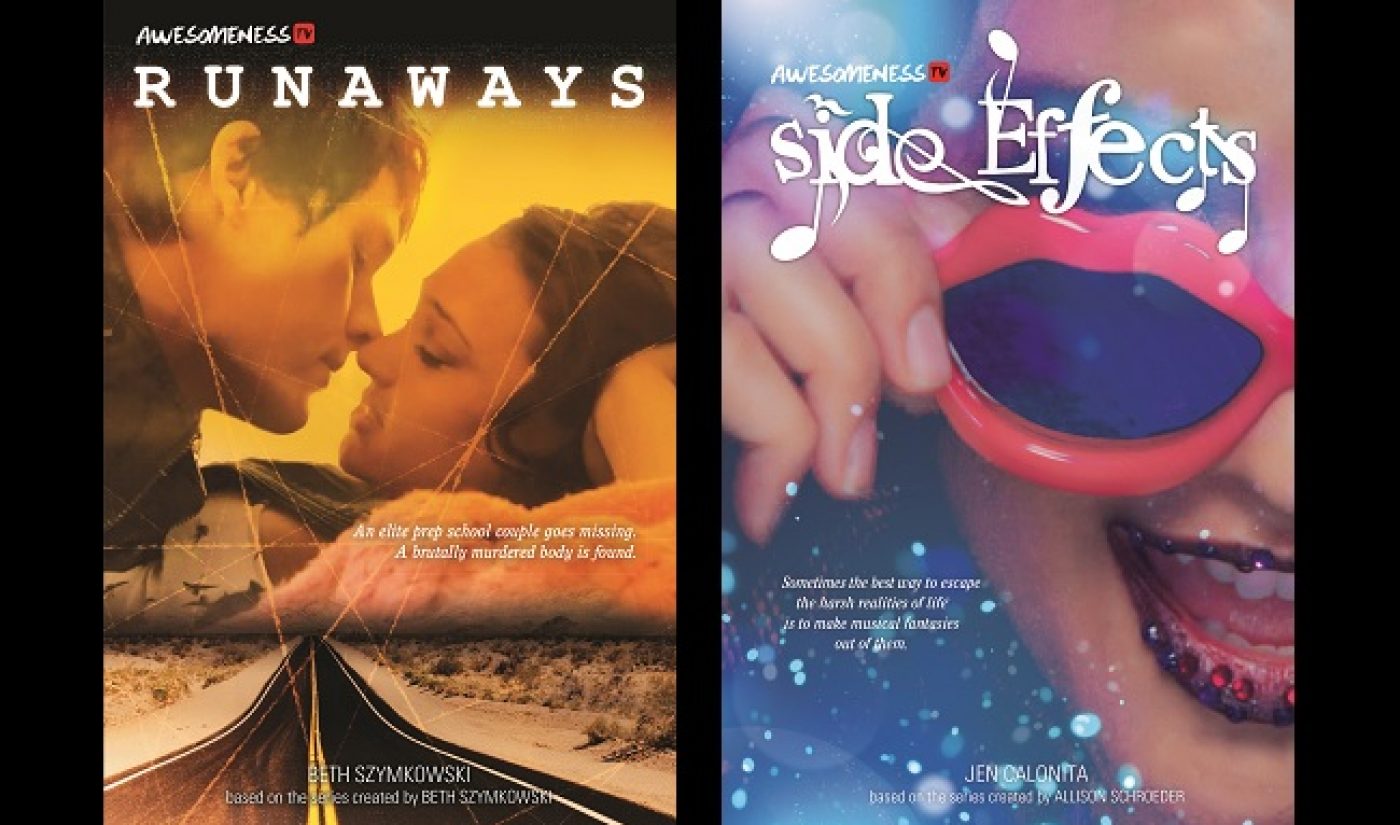 Awesomeness Ink is the digital media company’s shiny new young adult publishing division. On October 14, 2014, the imprint released its first two books based on two of AwesomenessTV’s hit web series in both digital and ebook formats. The romantic mystery Runaways (penned by series creator Beth Szymkowski) and the family dram Side Effects (written by young adult author Jen Calonita) will entertain current fans of both series with new plots and character development that goes beyond what viewers have seen on screen. The novels will also serve as an introductory point for new readers previously unfamiliar with the AwesomenessTV series.

“Teen lit is a huge category and with Awesomeness Ink we are creating a platform for creators focused on the written word in the same way we have served video creators with the AwesomenessTV,” said Brett Bouttier, Chief Operating Officer at AwesomenessTV, in the release. “We are launching with Runaways and Side Effects because they are great franchises with an engaged fan base, who demand more content.”

The announcement is the latest in the recent trend of YouTuber book deals, which have been steadily on the rise over the last several months. As publishers become more attuned to the devotion the online video masses have for their favorite video stars, books have become another way for those video stars (and the publishing industry) to generate revenue outside of the video player. With the introduction of Awesomeness Ink, AwesomenessTV has claimed its territory in the ever-growing world of online video-inspired publishing.