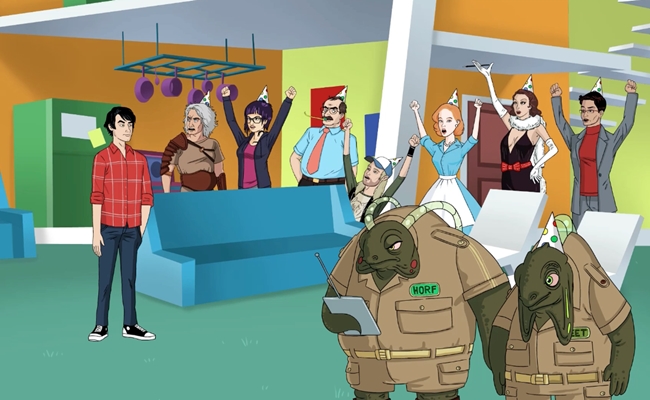 Last November, Mondo Media and Blue Ant Media announced Bite On Mondo, a $3 million initiative that sought to source animated content from Canadian creators. Now that Mondo has identified some of its best submissions, it plans to bring them to TV. Blue Ant and Mondo have teamed up with Corus Entertainment for a primetime TV program that will bring animated shorts from Bite On Mondo to Canada’s Teletoon channel.

The TV program will air during Teletoon’s Teletoon at Night block and will source its content from the Bite on Mondo library, which has received more than 500 pitches to date. Two animated series born from the initiative are World Doctors and Don’t Feed The Humans, both of which can be viewed on Mondo’s main YouTube channel.

Corus has shown a lot of interest in the YouTube space. In addition to its partnership with Mondo, it also led a $12 million investment in Kin Community, a female-focused YouTube network.  “We love the ability to tap into emerging talent and develop content that can be tested through fans of animated comedy,” said Jocelyn Hamilton, VP of Programming and Original Productions at Corus Kids. “The Bite On Mondo project gives us a real opportunity to create popular content for our audiences.”

The TV show is tentatively set for a 2016 debut. Until then, aspiring Canadian animators can still submit their work to Bite On Mondo; the initiative’s next deadline is November 15th.