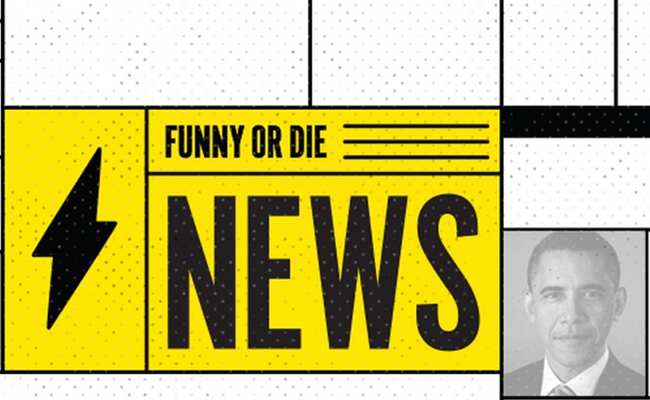 Funny or Die has already proven itself to be a potent political player; now, it’s looking to up that reputation through a new initiative. The comedy website founded by Will Ferrell and Adam McKay has announced Funny or Die News, a vertical that will provide humorous commentary on current events.

Funny or Die News was first reported by The Hollywood Reporter, and it launched Tuesday through a blog post filled with humorously unrelated Google search keywords. The decision to make fun of click-baiting blogs from the get-go is reminiscent of The Onion’s Clickhole website, which has been a huge hit since its launch in June.

As you might expect, Funny or Die News is inspired by The Daily Show with Jon Stewart, which has revolutionized mock news over the past decade-and-a-half. “When people stopped trusting the news years ago they turned to sources like The Daily Show and The Onion for their information,” said McKay in a statement. “Now that they’ve become respectable sources it’s time for an even less respectable news outlet. We believe Funny Or Die can fill the void.”

At first, Funny or Die News will include only text articles, but it looks primed to expand to video in the near future. Dan Abramson, who is heading the new initiative, who previous launched Funny or Die’s digital magazine, The Occasional. The Occasional sometimes distributes video content, such as the Bestie X Bestie web series starring Jenny Slate and Gabe Liedman.

Another member of the four-person Funny or Die News team is Matt Klinman, who previously worked for The Onion on digital series like Onion Talks. Funny or Die News may take its time transitioning to video, but that seems like it will ultimately be a fitting expansion of the new vertical.