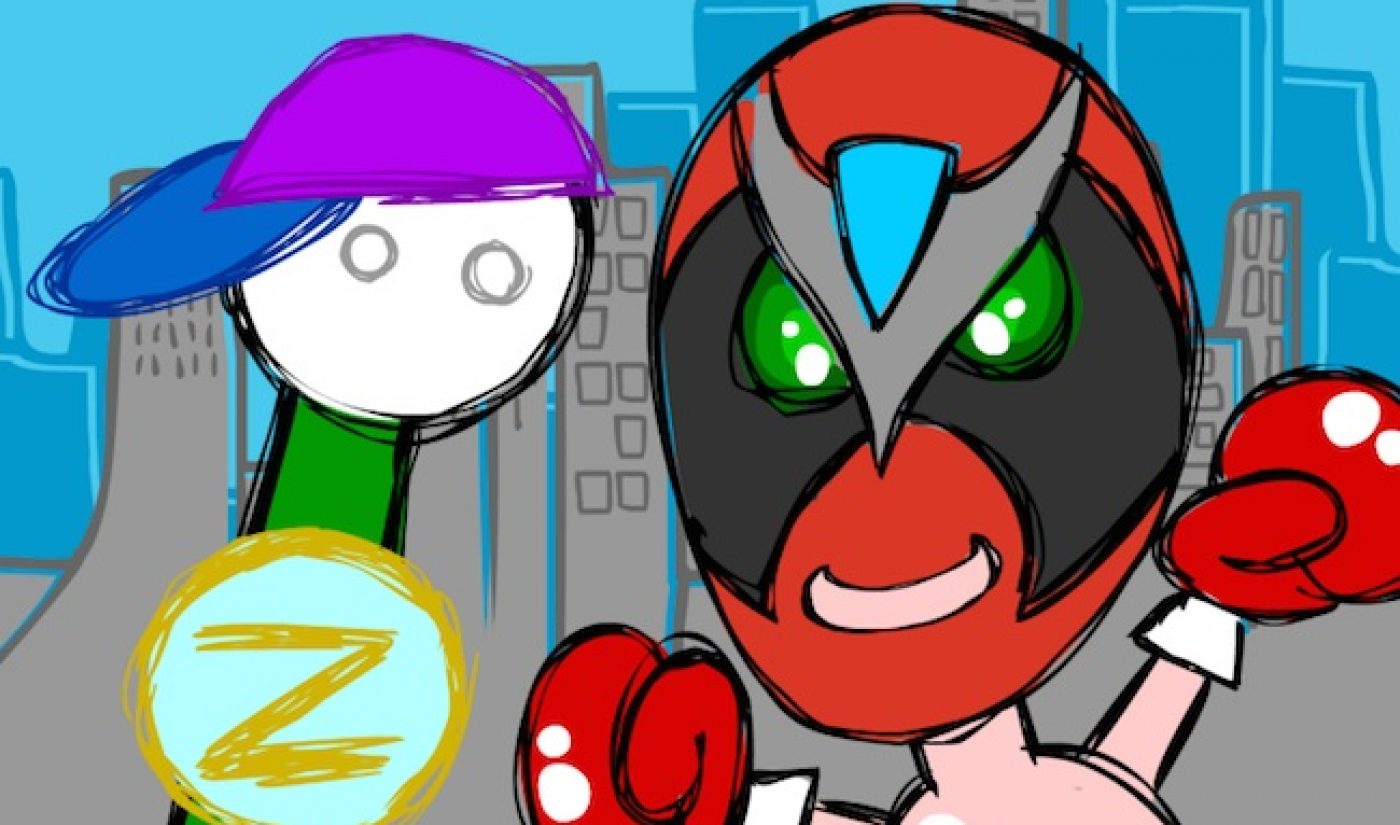 Homestar Runner is kinda sorta back. The OG online video series about a ragtag group of flash animations that brothers Mike and Matt Chapman bestowed upon the internet in 2000 just released its latest installment in what the world hopes will be a slate of more regularly scheduled programming.

The video, dubbed “Fisheye Lens”, is Coach Z, The Cheat, and Strong Bad’s attempt to give the people a new number one jam, as well as a solid, early 1990s Beastie Boys impression. Bizarre lyrics, random visuals, and an un-embeddable flash player will assuredly sate nostalgic Homestar fans, reminding them nothing much has changed in the past 14 years, while also giviving them hope more new videos will come.

Homestar Runner’s last video before this most recent “Fisheye Lens” hit the internet on April 1, 2014. And that April Fools’ Day installment was the first since December 2010. Matt Chapman told the host and listeners of The Jeff Rubin Show it was a kind of a test to “see if anyone gives a crap anymore.” The overwhelmingly positive response to the vid and realization by the Brothers Chaps that everyone still does give a crap led them to announce announce they’ll be focusing on making more things Homestar Runner, though not on a full-time basis again just yet. “The goal will be to start making more stuff,” Chapman said. “Hopefully on a more frequent basis.”

“Fisheye Lens” could be the beginning of that more stuff on a more frequent basis. New episodes of Strong Bad Emails and Teen Grrrl Squad!! maybe be released in no time. Feel free to get your hopes up. In the worst case scenario the Chapmans never make another Homestar Runner video again. We’ll all be sad, but can rest assured we won’t be as sad as this guy.