PewDiePie May Leave Maker Studios And Launch His Own Network 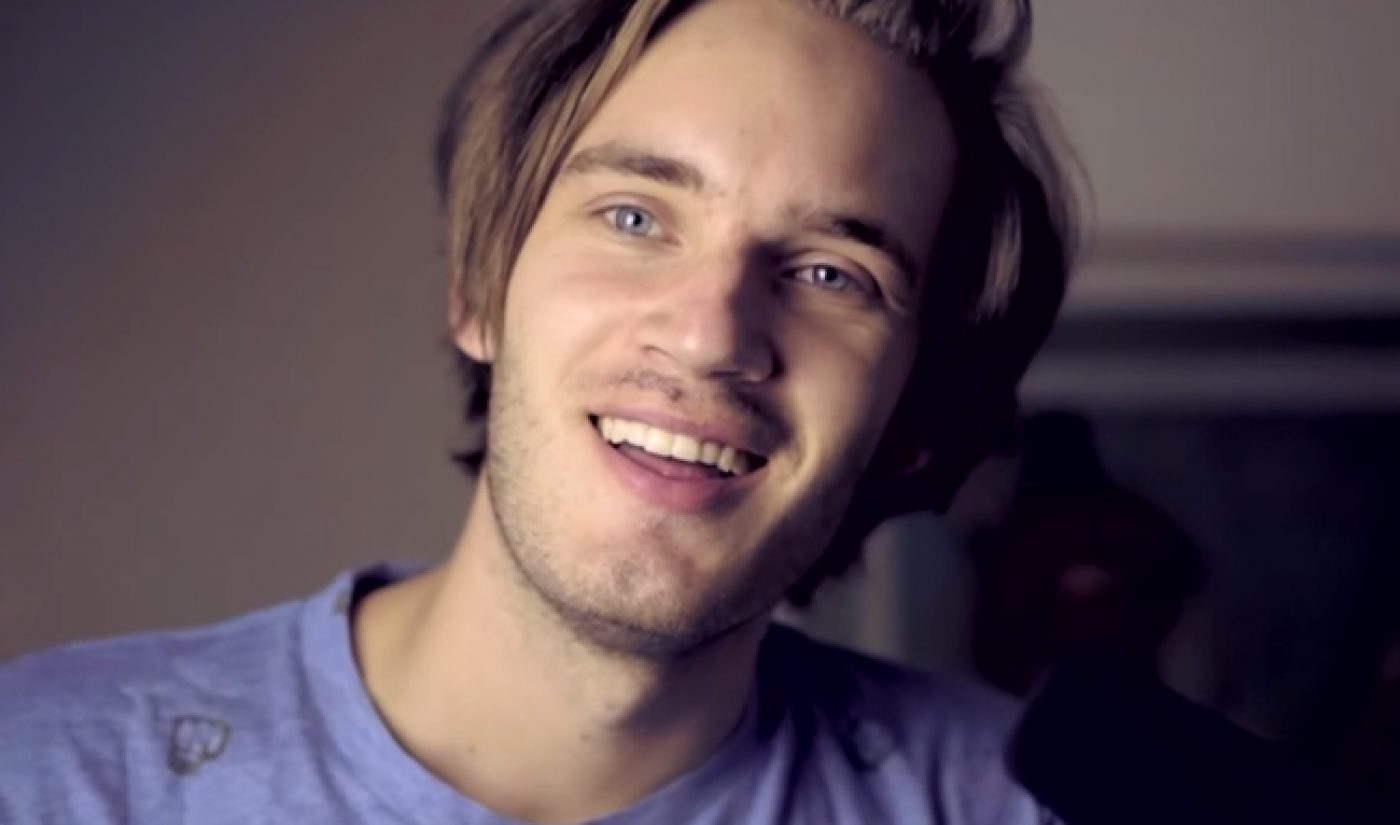 With more than 31 million subscribers, Felix Kjellberg–AKA PewDiePie–is the most popular man on YouTube. The 24-year-old Swede is partnered with Polaris, the gaming-focused arm of top YouTube network Maker Studios. For Maker, Kjellberg’s massive audience of hugely dedicated fans is a powerful asset, but it’s one the network could soon lose. In an interview with Swedish magazine Icon, Kjellberg hinted that he may leave Maker Studios when his contract with the network expires in December.

Earlier this year, Maker Studios was sold to Disney. The Mouse House is interested in connecting with creators like Kjellberg, who can easily reach the young demographic Disney targets. At the same time, Kjellberg doesn’t seem particularly interested in working with Maker’s new bosses. “The fact that Disney bought Maker Studios doesn’t really change anything for me,” he told Icon. “If I ask for help, they reply, but that’s all the contact we have. We’ll see what happens.”

Kjellberg also recounted a time when Disney sent people dressed as Stormtroopers to his house to film a Star Wars-themed video:

“First of all, they got upset when they found out that there was no specific room for them to change clothes. And then, they didn’t agree to do basically anything in the video because it was not OK with “The Star Wars universe”. It all turned into chaos and it took a very long time. Finally, we ended up with something that they were going to edit but it was so bad I had to do it over and edit it myself. Furthermore, I don’t want Pewdiepie to be some kind of trademark that I loose [sic] control over.”

Before Maker, Kjellberg was partnered with Machinima, though he also expressed dissatisfaction with that network as well. “It was managed in such a terrible way,” he tells Icon. “During the time I was a member of their network, I grew into the world’s biggest YouTuber – and they didn’t even know I was with them! They didn’t get in touch a single time, except when I wanted to leave – then their CEO e-mailed me once.”

If Kjellberg does choose to leave Maker, he will have more freedom than most other YouTubers. Three of the major services networks provide are promotion, better advertising rates, and production assistance for their partners, but Kjellberg doesn’t necessarily need any of those things. He already has a massive audience that grows larger every day. He certainly isn’t hurting for cash; In June, he told the Wall Street Journal that he grossed over $4 million in 2013.

As for the production assistance, he told Icon he prefers to work alone. “The fact that people know that it’s just me making the videos – with no crew – has proved to be a winning concept,” he said. “The thing that has made YouTube so successful is that you can relate to the people you’re watching to a much higher degree than to the people you see on TV. And that’s why I keep doing it all myself, though it would save me a lot of work if I didn’t.”

Still, it’s unlikely PewDiePie would go independent, since “Let’s Play” gamers like Kjellberg can use their status as “managed” channels to secure the rights they need to use gameplay footage. If he leaves Maker, Kjellberg is thinking about launching his own network alongside some friends. “I’m in touch with a couple of people who I think would be so right for this,” he explained. “I’m eager to get it all up and running. So far, all the networks have been managed in such an incredibly poor way, it’s embarrassing really. I’d like to help other YouTubers.”

This concept–a multi-channel network run by YouTubers for YouTubers–also accurately described Maker Studios when it took shape back in 2011. Everything old is new again.

The full Icon interview–which also discusses Kjellberg’s effect on game sales, his relationship with his fans, his charity work, and much more–can be read over at the magazine’s website.