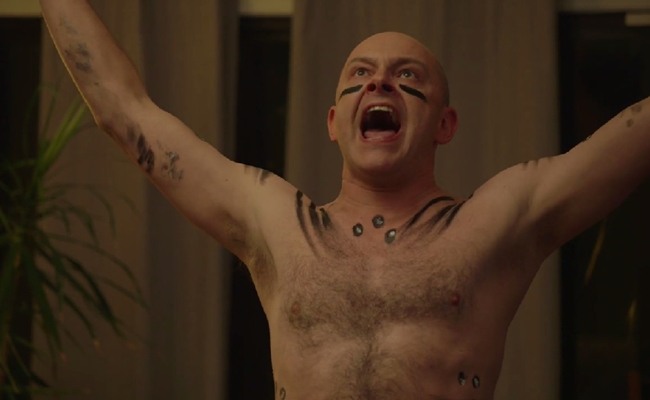 Vimeo is making a large investment in original content, and now, viewers who visit the site’s Vimeo On Demand platform can purchase one of its biggest bets to date. Wedlock, a romantic comedy web series starring Rob Corddry, Mark Duplass, and Jennifer Lafleur, is now available.

Wedlock stars Duplass and Lafleur as a pair of friends who decide they want to fall in love and become a couple. Their strategy for finding love involves rules, impressions, and rigorous schedule, and it drives their therapist–played by Corddry–up the wall. A trailer for the series is now available on Vimeo.

Wedlock‘s impending arrival on Vimeo was confirmed two weeks before the show’s release, when it was the subject of a report by TheWrap. The IAC-owned video platform is a perfect fit for Wedlock, which is somewhere in between the short-form content that thrives on YouTube and the TV-quality shows that get picked up by Netflix and Amazon. Instead of subscribing to either of those models, Vimeo and series director Ross Partridge are offering Wedlock‘s entire ten-episode season for a one-time payment of $3.99.

Wedlock is one of several projects Vimeo is distributing as part of its plan to build an attractive library of original content. On November 11th, it will add another high-quality short form program to its arsenal when it distributes new episodes of the critically-acclaimed web series High Maintenance. For now, though, the platform’s users will have to decide if the price is right for Corddry, Duplass, and Lafleur’s antics.