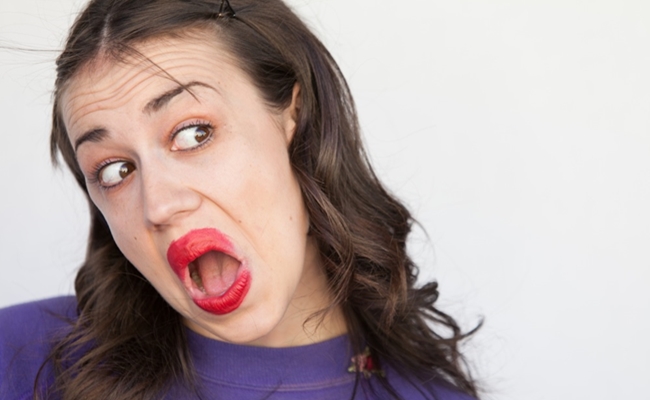 On September 25th, Jerry Seinfeld made a guest appearance on The Late Show with David Letterman, where he discussed the seven comedians who will star in the fifth season of Comedians In Cars Getting Coffee. There are a lot of exciting names on the docket, but for YouTube aficionados, no name is more exciting than Colleen Ballinger, the alter ego of YouTube personality Miranda Sings and the first YouTuber to ever get invited onto Seinfeld’s web series.

As Seinfeld explains, he discovered Ballinger through his daughter Sasha, who is a Miranda Sings fan. “I watched it, I started laughing, I think this girl is fantastically talented, and so I’m going to introduce her to America on my show,” Seinfeld told Letterman. On her personal Twitter account, Ballinger shared an unlisted clip from the Late Show episode, calling it “a crazy thing to wake up to.”

In addition to Ballinger, Seinfeld’s season five guests will include Fred Armisen (who will join Seinfeld in a special episode taking place in Portland), Jimmy Fallon, Bill Burr, Kevin Hart, Amy Schumer, and Ali Wentworth. Previously, Seinfeld revealed that he was planning on having Joan Rivers as a guest on his show, but the acerbic comedienne passed away before her Comedians In Cars Getting Coffee episode could be filmed.

The new season of Comedians In Cars Getting Coffee will debut on November 6th via Crackle. We’re excited for Ballinger’s episode, the other six installments of season five, and the 24 future episodes that will keep Seinfeld’s classic cars fueled up through 2016.