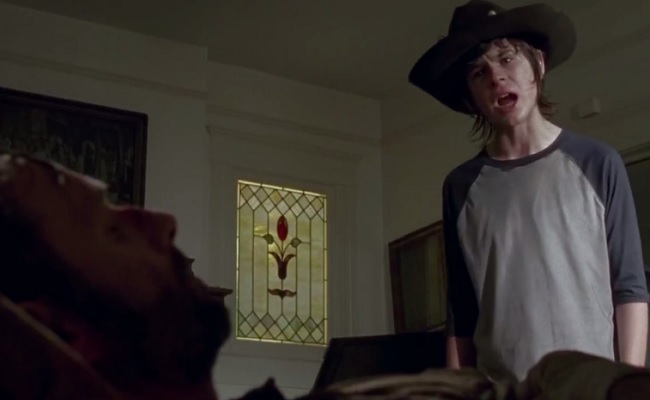 Bad Lip Reading is back after a three-month hiatus, and we couldn’t be happier. His newest video is called “MORE WALKING (AND TALKING) DEAD: PART 1”, and it contains exactly what it sounds like.

Uploaded today, the video picks up where BLR’s first Walking Dead-themed video left off, gathering random scenes from the show’s episodes and dubbing over the mouth movements with dialogue that simply doesn’t resemble an everyday conversation (at least not a normal one). And, just like the previous video, this one includes a musical number where Carl Grimes sings a little auto-tuned piece complete with a chorus of walkers.

BLR’s video coincides with AMC’s September 22 release of the season 5 Walking Dead teaser trailer. Whether that was purposeful or not doesn’t matter, as BLR doesn’t need to ride off the fame of the TV show to gain attention. He’s currently sitting at over 3.7 million YouTube subscribers.

The best part about BLR’s new video? The fact that it’s only part one of even more goodness to come.