Sorry, Sam Pepper, But Your “Experiment” Was Not OK 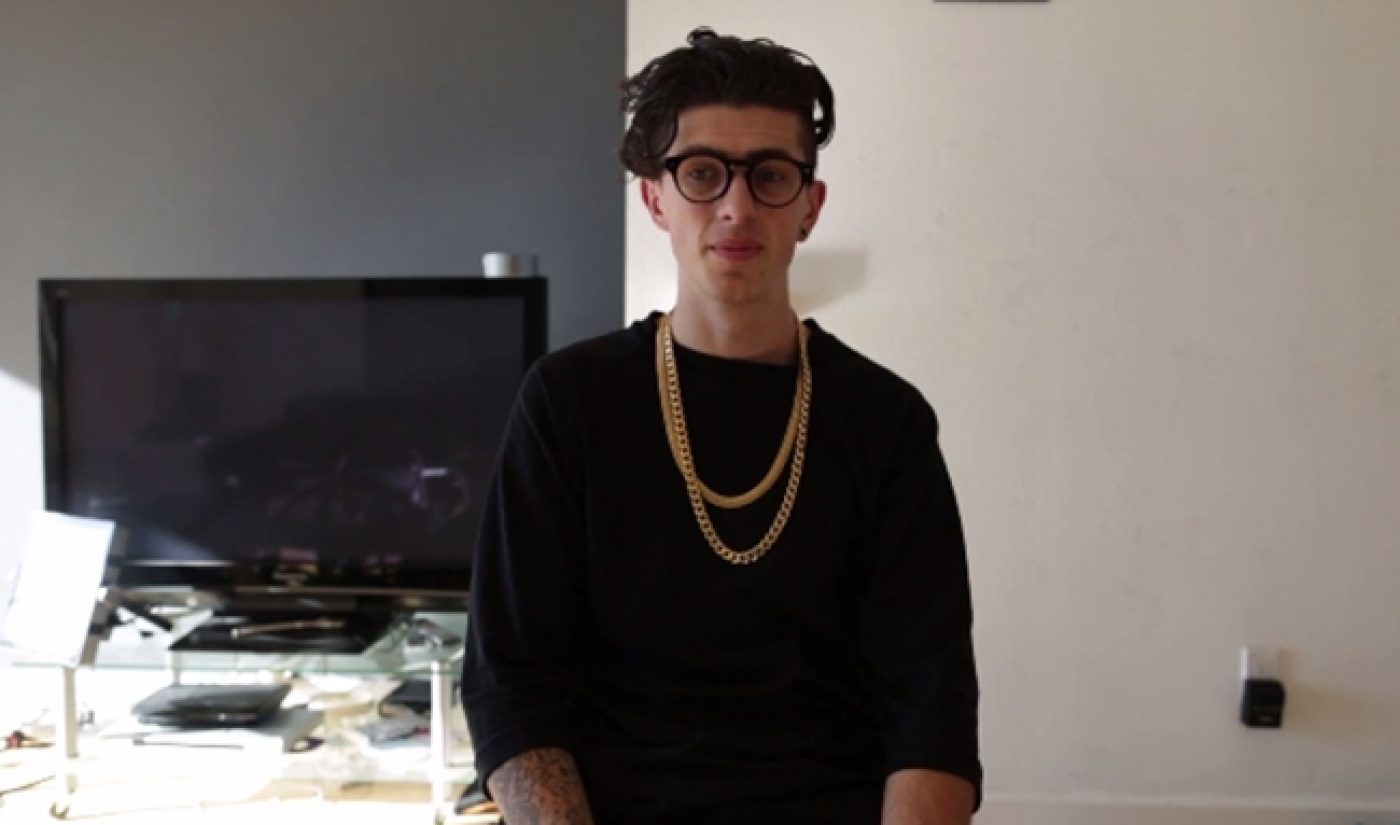 Over the weekend, YouTuber Sam Pepper got himself in hot water when he released a video in which he pinched random women on the butt as part of a “prank”. Predictably, this video drew an irate response from the YouTube community, with online video creators universally denouncing Pepper for his apparent sexual assault.

As controversy stirred around him, Pepper continued to tweet about inane topics like pizza and warm weather. Then, late in the night on September 22nd, he posted a second video, which featured the same setup, only with the genders swapped. A female friend of Pepper’s walked around and pinched men on the butts. As with the original “prank”, YouTube removed this video for violating the site’s terms of use.

On the 23rd, Pepper released a video he termed his “big reveal.” In it, he speaks directly to the camera and claims the first two videos had been setups. All of the “strangers” had actually been actors, he explains, and he had posted the video to make a point about sexual assault. He then commends his peers and the media for their collective outrage over the video. “It’s nice to see that society is finally catching up on how this can affect women,” he says.

The rest of the video concerns Pepper’s main point. He tells the story of a male friend who suffered through an abusive marriage and also discusses the aggressive female fans who often reach for him at conventions and other events. “I don’t want to turn off a light on a very real and scary issue that women face,” he says. “I just wanted to shine a light toward an otherwise dark corner: abuse on men.”

Some people on Twitter think Pepper is only using the third video to cover-up what he now realizes to be a major mistake. Those naysayers believe Pepper only claimed the video to be a “social experiment” after receiving backlash from his fans, fellow creators, and the mainstream media.

For what it’s worth, I personally believe that Pepper intended to make a “point” about sexual abuse from the start. Some of his most popular videos are short clips where he attempts to “change how you think,” so this is consistent with his previous work. But it really doesn’t matter, because even if Pepper’s original video was staged, it still doesn’t make it or the conversation he launched around it anywhere near okay.

This is not the first problematic video Pepper has released. He previously engineered a “prank” where he and Logan Paul “picked up women” by ensnaring them in a lasso and forcibly pulling them in. His most popular video (with more than 15 million views) features him making out will random women at Venice Beach. Several times in that video, he forcibly smashes his face against a woman’s without receiving her consent.

Pepper has made thousands of dollars in ad revenue from these videos. If he is so anti-sexual assault, as he claims, where is his contrition about the amount he has profited off his own sexual affronts toward women? Viewers have turned the other way for years as Pepper makes women uncomfortable under the guise of a “prank.” When women make unwelcome advances toward him upon meeting him (possibly fueled by his most popular video, which, again, suggests he’s totally down to make intimate contact with strangers), only then does he become properly offended.

Sam Pepper wants his viewers to believe that abuse against men is not taken seriously enough. That’s definitely a subject worth talking about, but his “experiment” wasn’t scientifically sound. Pepper posted the second video (the gender-swapped one) past one AM EST on a weeknight. In his native UK, it was six in the morning. The video only lasted a few hours on YouTube before it got taken down.

That is not a good way to perform a rigorous experiment. If Pepper wanted to prove that male sexual assault victims often get ignored or laughed at, why didn’t he post the second video months ago, when it would’ve had the opportunity to fly under the radar? Instead, he threw it onto YouTube in the middle of the night at a time when his audience had already been influenced by the original video.

And, for what it’s worth, I managed to see the responses to Pepper’s second video while it was still available, and I found plenty of people telling Pepper that what he did was not OK. Most of the comments I read claimed that sexual assault is wrong, and that posting a video with MORE sexual assault does not make the original sexual assault OK. Assuming Pepper did intend this as an experiment from the start, he clearly went into the project with a bias about what he expected to see as the end result.

It is nice of Sam Pepper that he wants to start a conversation about sexual assault, but he could not have gone about it in a worse way. His experiment almost completely ignores the privilege that allows him to get away with intrusive acts. It ignores a dynamic where the prankster is almost always a man, where the victim is often a female, and where making someone feel uncomfortable is used as a coercive tool. It ignores the women who have complained about Pepper’s off-camera behavior. It ignores the fact that Pepper’s fans are young , impressionable people who are being told it is okay to normalize sexually abusive behavior in the name of an “experiment”.

This tweet ultimately sums things up. Sam Pepper has saved some face with his big reveal, but that does not in any way excuse the videos he posted previously or the erroneous conclusion he has drawn about them. Don’t expect the YouTube community to let him off the hook, and feel free to check out some of the YouTube creators who take a fun, healthy approach to their prank videos.