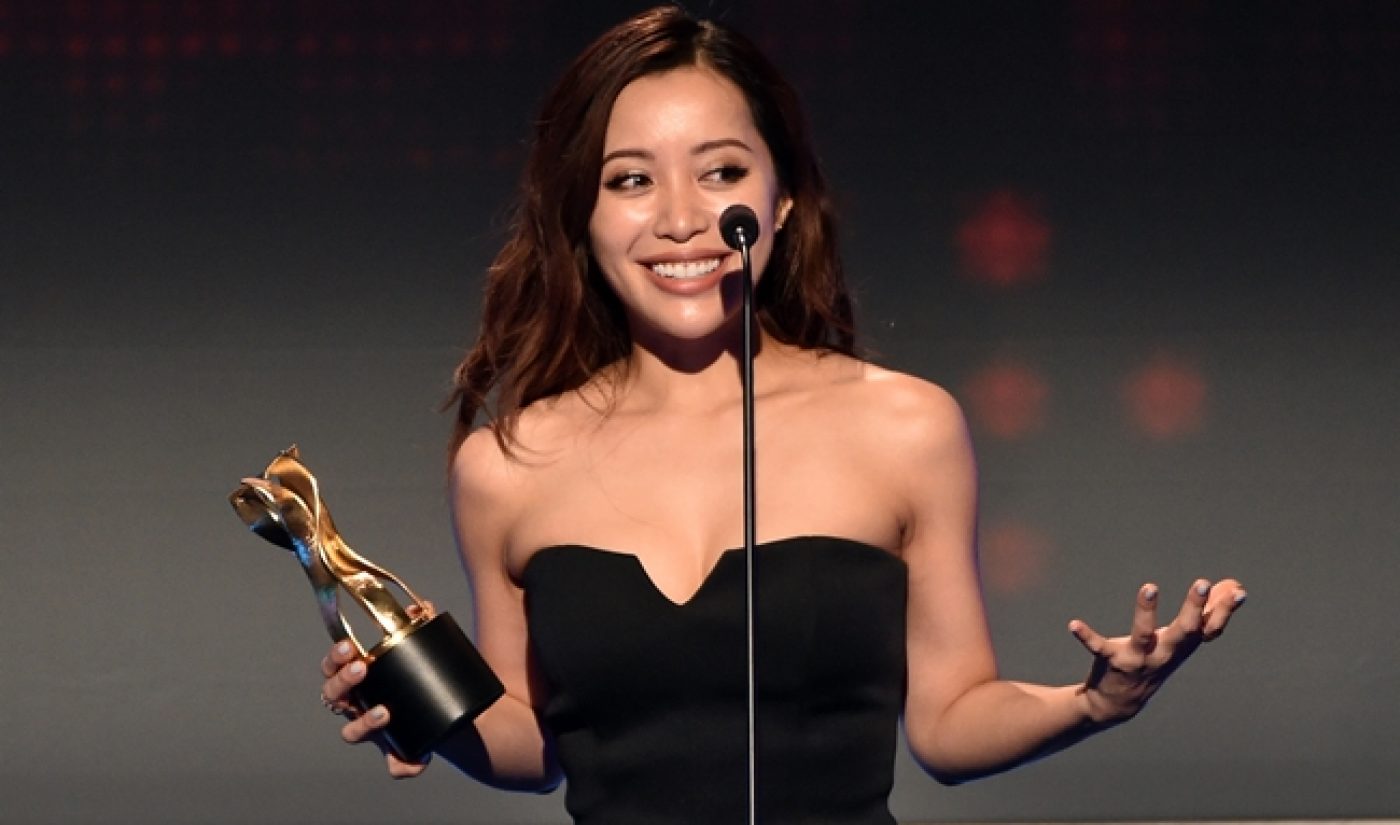 On July 18th, music label Ultra Records launched a lawsuit against YouTuber Michelle Phan. In its argument, Ultra claimed Phan used music from the label’s artists in her videos without receiving proper permissions. Three days later, Phan and her legal team offered comment: “Ultra’s lawsuit against Michelle Phan lacks any merit,” said a statement. “Ultra agreed to allow Michelle to use the music and Michelle intends to fight this lawsuit and bring her own claims against Ultra.”

Sure enough, Phan is fighting back. The beauty guru whose videos have amassed more than a billion views has issued a counterclaim against Ultra, in which she “contends that she received from Ultra, Ultra’s consent to use compositions and master recordings by Ultra artists.” The claim also states that “under controlling law, Ultra cannot revoke its consent,” and Phan is now seeking compensation for the ad revenue she lost due to Ultra’s infringement claims.

Here’s the story, as discussed in Phan’s counterclaim: In July 2009, Phan approached Ultra and expressed interest in using music from Kaskade (an EDM musician signed to Ultra) in the background of her videos. She began e-mailing back and forth with Jason Kilgore, Ultra’s Senior New Media Manager. Kilgore knew of Phan, and he wrote in an e-mail that Ultra was “more than happy to let [Phan] use this content.”

According to the filing, for nearly five years Phan and Ultra maintained an implicit legal agreement regarding her use of the label’s artists in her videos. Every time Phan used music from Ultra’s catalog, she credited the songs and artists she used and made sure to always include an iTunes link in the video description through which viewers could purchase the featured tracks.

In return, Phan alleges, Ultra agreed to cooperate with Phan by dropping any Content ID claims against her. Any time YouTube’s content-matching service flagged one of Phan’s videos for infringement of an Ultra-signed artist, Phan brought the claim with Kilgore and he agreed to release it. The counterclaim notes Kilgore’s continued enthusiasm throughout this ongoing partnership. “This is the perfect way to incorporate any of our videos,” he reportedly said.

Phan’s relationship with Ultra turned sour in March 2014, when she was contacted by the label’s General Counsel. This letter called Phan’s use of Ultra artists “unauthorized,” and it ordered her to cease-and-desist her use of all relevant music. A few months later, Ultra issued DMCA takedown notices against 12 of Phan’s videos. When YouTube complied with these requests, Phan lost out on potential ad revenue related to those videos.

That mass takedown is the main action for which Phan is seeking damages. As her counterclaim states:

35. Phan is informed and believes, and thereon alleges, that the takedown notices sent to YouTube by Ultra were prepared and sent in bad faith, given Ultra’s express and/or implied agreement with Phan that she could use Ultra’s music in her videos in exchange for Phan’s promotion of the Ultra music by using it as background in her videos, crediting the artist, and including an iTunes purchase link.

36. Phan is informed and believes, and thereon alleges, that Ultra has knowingly materially misrepresented that Phan’s use of compositions and master recordings by Ultra artists in Phan’s videos is infringing, within the meaning of 17 U.S.C. § 512(f).

37. As a direct and proximate result of Ultra’s bad faith actions, Phan has been damaged in an amount to be proven at trial. In addition, Phan is entitled to her reasonable attorney’s fees prosecuting this claim.

The main question that could decide this case concerns Ultra’s control of the permissions it grants. Once the label agreed (albeit implicitly) to release Content ID claims related to Phan’s videos, did it retain the right to change its mind down the line? Phan believes the label’s change of heart constitutes a “bad faith” action, while Ultra will likely claim (as it did when Phan first responded to the initial lawsuit) that it has both a right and a responsibility to protect its copyrights, even if it had previously entered into an implicit, permissive agreement with Phan.

No matter the outcome, this case will likely be decided in court. The last line of the counterclaim is clear cut: “Michelle Phan hereby demands trial by jury of this matter.”

Ultra Records has not yet offered comment on Phan’s counterclaim.