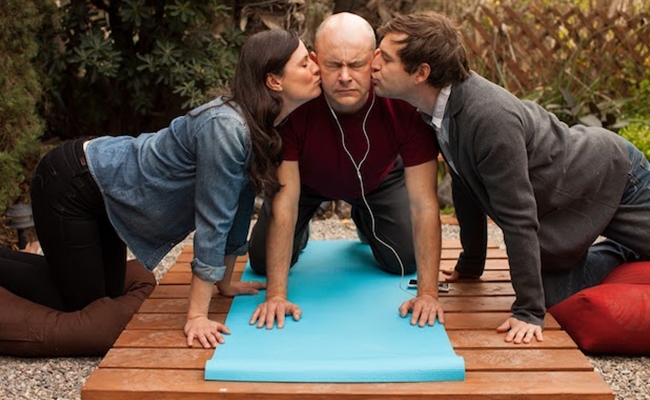 Vimeo is getting serious about its plan to build an exciting lineup of on-demand programming. As first reported by TheWrap, the latest web series added to the Vimeo On Demand library is Wedlock, a comedy web series that stars Mark Duplass, Rob Corddry, and Jennifer Lafleur.

Wedlock  stars Duplass and Lafleur as a pair of close friends who decide to become romantically involved with each other. In order to ignite their romance, they enlist the help of a therapist, played by Corddry. The supporting cast includes Maria Thayer, Ed Begley, Jr., and Katie Aselton. A clip from the first episode, presented via TheWrap and TVWeb, gives viewers a taste of the comedy to come.

Wedlock will run for ten episodes, will each entry running 5-6 minutes. When the series becomes available through Vimeo On Demand on September 29th, viewers will be able to either purchase the entire season for $3.99 or pick out individual episodes at .99$ a pop. One month after its Vimeo On Demand launch, Wedlock will become available on several other platforms, including Amazon Instant Video.

Vimeo has already committed to a number of different projects for its On Demand service. It has made deals with YouTubers like Joey Graceffa, Taryn Southern, and Comicbookgirl19, and it is also funding six new episodes of the critically-acclaimed web series High Maintenance.

“Wedlock is a cutting-edge online series which packs hilarity into concise episodic structure,” said Sam Toles, Vimeo’s VP of Content Acquisition and Business Development. “We are thrilled to be working with the talented comedic team of Corddry, Duplass and Lafleur to bring this series directly to fans worldwide.”

If anything, Wedlock‘s distribution strategy resembles that of In Your Eyes, a Joss Whedon production that arrived on Vimeo On Demand before reaching theaters. Wedlock‘s stars are interested in a similar shake-up; they’ll test out their novel strategy when their series arrives online.