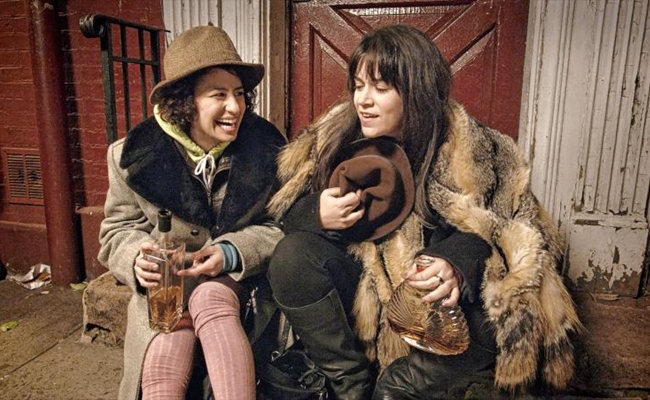 A year ago, Abbi Jacobson and Ilana Glazer were a pair of funny women with a funny web series called Broad City and a plan to distribute that series via Comedy Central. A year later, Abbi and Ilana are still funny–but there are now many more people aware of that fact. Broad City‘s TV adaptation has been a huge hit, and in anticipation of its upcoming second season, its two co-stars have shared some video chat shenanigans with a web series called Hack Into Broad City.

In case you were worried that Abbi and Ilana became more civilized in between their first and second seasons, fear not, for they’re just as uncouth as ever. In the first episode of Hack Into Broad City, which debuted over at Vulture, they wake, bake, eat some cereal, and fart in each others’ general directions. It’s a welcome refresher for the fans who have craved more Broad City since the show’s season one finale back in late March.

Broad City, which first debuted as a web series in 2009, drew widespread critical acclaim when it came to Comedy Central in January 2014. The show’s success already seems to be affecting Comedy Central’s programming decisions, since new pickups like Idiotsitter feature a similarly messy girl-power approach. Viewers will learn if Broad City‘s new season lives up to its predecessor when it arrives next January.