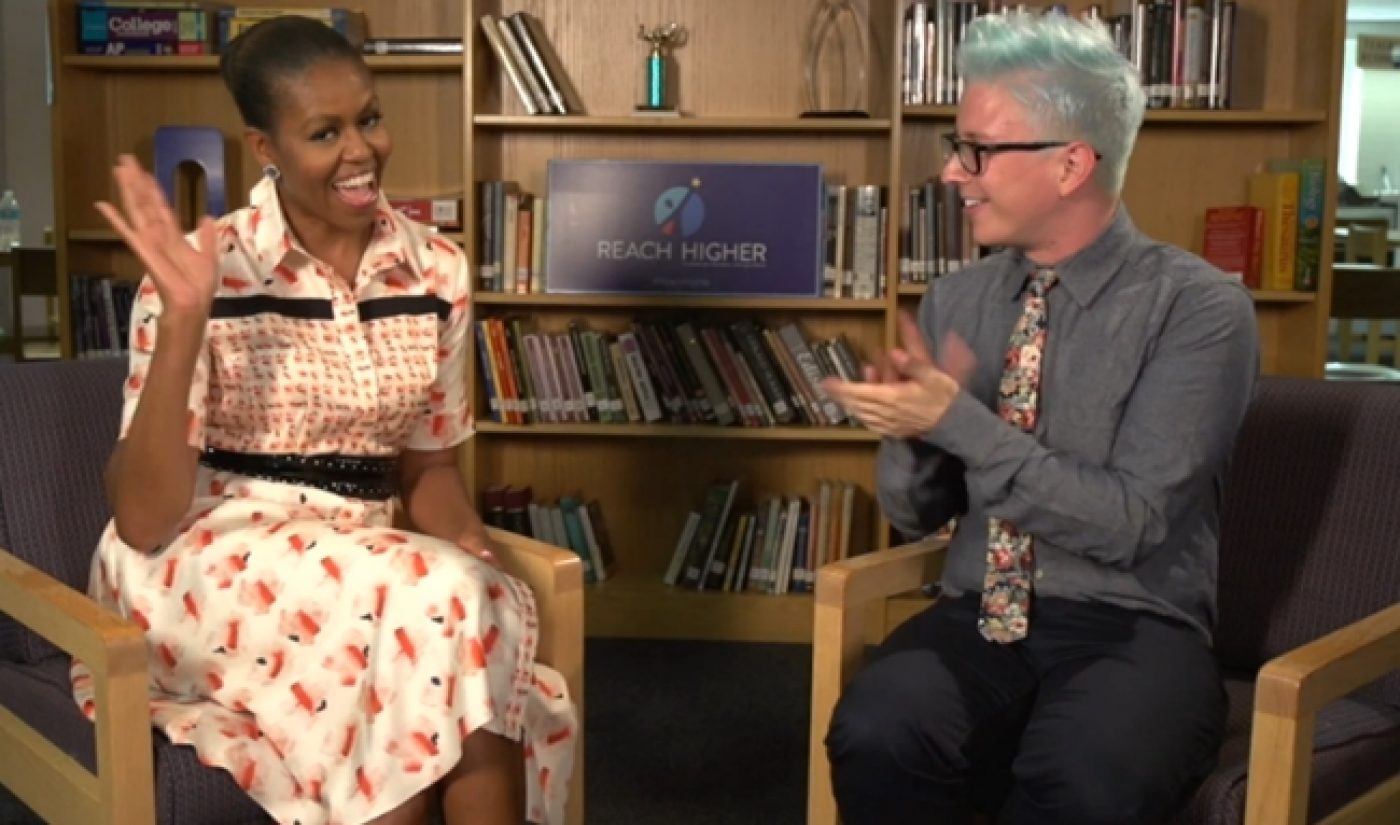 Once upon a time, Tyler Oakley met the President. Now, he’s becoming friends with the President’s wife, too. Michelle Obama stopped by Oakley’s YouTube channel for a brief interview focused primarily on the subject of higher education.

Mrs. Obama met with Oakley in order to promote her Reach Higher initiative, which encourages teenagers to seek higher education. Oakley is a good spokesperson for that program for two reasons: Most importantly, a large portion of his 5.4 million subscribers are teenagers who are beginning to think about their future plans. In addition, viewers learn during the video that Oakley, like the First Lady, was a “first-generation” college graduate. He graduated from Michigan State University in 2011.

This is the second time in as many weeks that the First Lady has made an online video appearance. She also teamed up with Funny or Die for a comedy video related to her Let’s Move! initiative. Clearly, she has taken a page from her husband’s book. The President met with online video influencers (including Oakley) earlier this year, which led to his now-famous appearance on Zach Galifianakis’ Between Two Ferns and a corresponding spike in traffic on the healthcare.gov website.

Michelle’s collaboration with Oakley comes off as a bit stilted, and it lacks much of the self-awareness of her husband’s Between Two Ferns episodes, but it’s still very cool to see the White House recognizing online video as a driving force among young Americans. It’s also another feather in Oakley’s cap; he’s having himself a pretty good week.