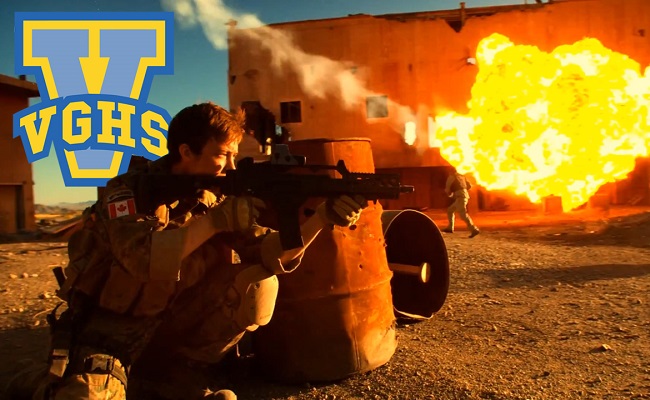 YouTube is at it again with a new round of advertising. This time, the site is featuring one of its most popular web series. The online video site plans to promote season three of Video Game High School (VGHS) starting next month.

Created by Freddie Wong and Matt Arnold in conjunction with Collective Digital Studio, VGHS quickly grew in popularity over its first two seasons, garnering over 84 million views across YouTube and other platforms like Netflix and RocketJump.com. This past weekend, the show was the only web series to take home three Streamy Awards.

YouTube’s original ad initiative started earlier this year and featured such YouTube celebrities as Michelle Phan, Bethany Mota, and Rosanna Pansino. More recent ad campaigns centered around Epic Rap Battles of History and VICE Media (whose recent investment deals may have been helped by its place in the YouTube ads).

The Washington Street Journal believes that YouTube, by launching the ads for VGHS season 3, is trying to show the breadth of opportunities for advertisers and marketers who want invest in some of the site’s creators. YouTube’s decision makes sense, because VGHS‘s fan base is massive, having managed to raise $900,000 on Indiegogo for season 3’s production ($100,000 more than what was raised for season 2.

“This is one of the biggest series on YouTube,” said Anna Bateson, YouTube’s Director of Global Marketing Communications, to the Washington Street Journal. “Freddie’s been a great ambassador for us–he’s got a really significant fan base. And Collective’s been really committed to original content on the platform. We felt like this was a show we could really get behind.”

Watch for YouTube’s Video Game High School ads on digital, TV, print, and more starting next month. In the meantime, check out the trailer for the show’s 3rd and final season.